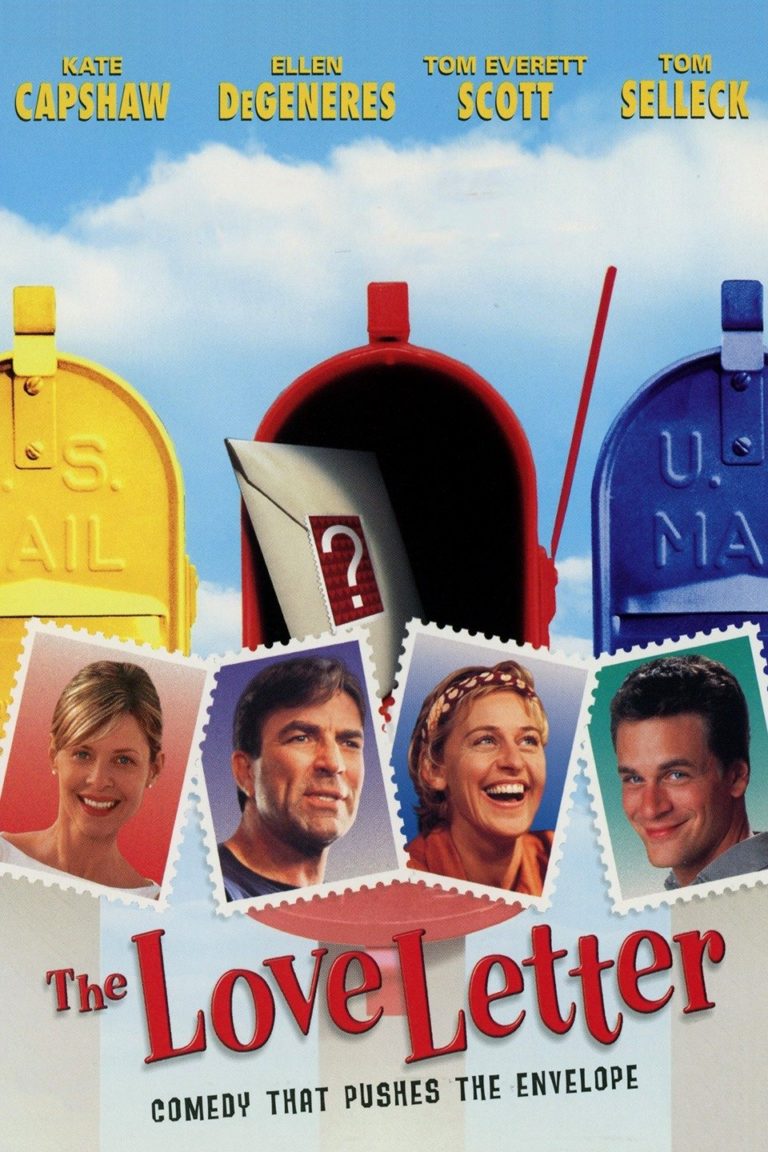 THE LOVE LETTER is a politically correct epistle supporting a radical homosexual agenda and sexual immorality violating God's moral commands in the Bible. An anonymous love letter turns a fortysomething bookstore owner's life upside down, but the letter turns out to be written by her mother's secret lesbian lover.

In THE LOVE LETTER, Steven Spielberg’s wife Kate Capshaw plays Helen, the unmarried, fortysomething owner of a little bookstore in a small New England town. Lesbian activist Ellen DeGeneres plays Helen’s heterosexual friend, Janet, who works in Helen’s store, helping with the books. Helen discovers a beautifully written, anonymous love letter full of longing and poetry, but can’t find the envelope in which it was mailed.

Helen wonders if the letter is for her and who wrote it. Is it the friendly fireman, George, played by Tom Selleck, with whom she’s been friends since high school? Or is it Johnny, one of the college students she hired for part-time work during the summer?

One night, Helen cooks a dinner for Johnny in return for a favor. Johnny accidentally discovers the letter when she asks him to fetch the wine in the kitchen. He thinks Helen wrote the letter to him, so he quotes lines from the letter back to her. Helen now assumes that Johnny wrote the letter to her, so the two begin a torrid sexual affair, a September-May fling.

Helen is partly embarrassed about the affair, but she continues with it nonetheless. Complicating her affair, however, is that George is finalizing his divorce from his wife and wants to establish the romantic relationship with Helen for which he has always longed. Eventually, it is revealed that George had maintained an unrequited love for Helen for more than 20 years. When he lived for a time in New York City, he had sent Helen a double-edged postcard with a proposal of marriage hidden inside, but Helen, for some inexplicable reason, had never bothered to pay attention to the postcard, or the other postcards he had sent her. Things become further complicated when Helen and Johnny both learn that neither one of them had written the anonymous love letter. They both agree, however, that their immoral affair was not a mistake, even though they agree they must go their separate ways.

Except for the scenes of fornication and several lewd comments from the character whom Ellen DeGeneres (who else but her?) plays, the plot for THE LOVE LETTER is typical Hollywood romantic mush about people allegedly searching for “love” and finding immoral sexual gratification. There is a faint air of radical feminism about all of this.

THE LOVE LETTER goes one step further, however, in all this political correctness. Near the end of its story, the movie reveals that the anonymous love letter was really written by the secret lesbian lover of Helen’s mother. The mother confesses to Helen about her illicit relationship, Helen shows great “understanding” and “tolerance” while healing old wounds between mother and daughter, and the movie shows nostalgic, politically correct photos of the lesbian lovers when they were young women.

The agenda of this movie now becomes clear, the movie has revealed its true colors and the Hollywood press who screened THE LOVE LETTER can now sleep safely to their politically correct, orgiastic beds. Because, one more blow has been struck against the “patriarchal” laws set down by Moses in the Bible!

Hollywood’s appetite for increasing levels of sexual perversion apparently will never be wetted. At this point, the only hope seems to be executives, producers, writers, directors, and actors who refuse to take part in this politically correctness, which, evidence has shown, originates from the teachings of Communist intellectuals on American college campuses in the 1960s.

Writer: Maria Maggenti BASED ON THE NOVEL BY: Cathleen Schine