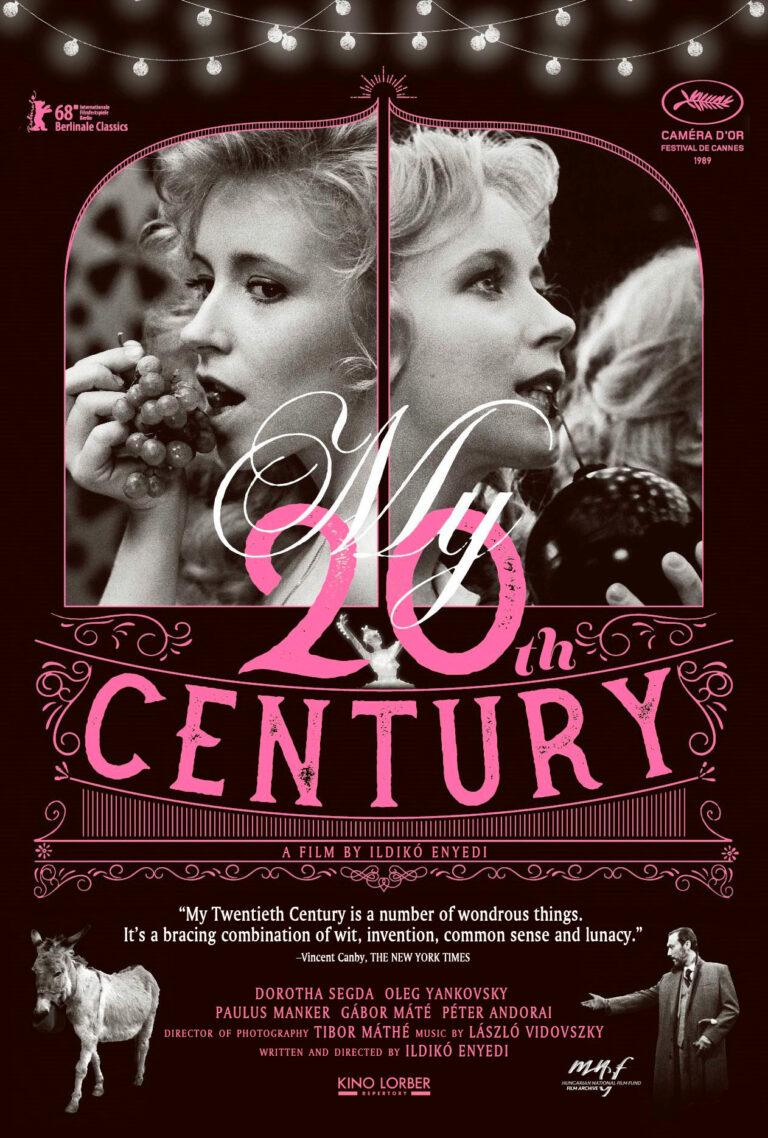 An impressionistic foreign film that deals primarily with heroine Lili's life and loves.

This Hungarian film, representative of so many others in its vivid portrayal of sin’s enjoyment, offers deceptively charming, black and white vignettes of main character Lili’s seemingly gay, fun-filled life as a prostitute, complete with sexual encounters of the X-rated kind.

The film opens at Menlo Park, New Jersey, with Thomas Edison inventing the electric light bulb, which, to a great extent, inaugurated the twentieth century. A short time later, in Hungary, a mother gives birth to Lili and her twin sister, Dora. In a subsequent shot, the now 10-year-olds sell matches on the street, fall asleep and are kidnapped by two men. So much for childhood.

Next, the film shows us the effects of electricity at the Sorbonne, in Paris, then flashes back to Menlo Park, where two dancers with costumes illuminated by tiny light bulbs perform.

Cut to Austria with Lili on the Orient Express. Dressed well, Lili obviously earns her keep by her charms. Flirting with various men on the train, she carries on an inward monologue with expressions such as “He’s cute,” and “I like his moustache.” Outside the train, a considerably poorer Dora peers through the train window, and as it stops, climbs aboard, but she remains in the lower-class baggage compartment. The film tantalizes the viewer with the desire for the sisters to meet again; however, only near film’s end does it happen. Then, like the rest of this film, the meeting turns out to be silly and whimsical.

One of the humorous incidents in MY TWENTIETH CENTURY occurs when a little white dog with plastic horns on his head sits in front of the moving train, and it stops abruptly just in front of him. Another takes place when Lili and her lover meet at the zoo where the chimps talk about their capture by the white hunter. Discussing it, one chimp says to another, “I was most interested in his amazing grin. I’ve been here ever since.”

Overall, MY TWENTIETH CENTURY can be classified as impressionistic with a rapidly changing kaleidoscope of mostly whimsical, nonsensical scenes. Lili’s frivolous, high-pitched giggle accompanies many of these scenes, especially the love-making scenes, and provides unity to the film along with ethereal, musical voices that periodically emanate from the stars and speak to Lili. Of course, the theme of electricity and its effects on the twentieth century is also prominent.

Although MY TWENTIETH CENTURY has a certain charm and originality, its lighthearted approach to nudity and the gross sin of fornication make it utterly repulsive. As in so many films, people become like animals, giving in to their base desires at the least whim.

The Bible underscores the price to pay for this particular sin: “Flee from sexual immorality. All other sins a man commits are outside the body, but he who sins sexually sins against his own body” (1 Corinthians 6:18). As Christians, we can be salt and light in our culture as we choose, like Moses, who “chose to be mistreated along with the people of God rather than to enjoy the pleasures of sin for a short time” (Hebrews 11:24).

Rating: Not submitted for MPAA rating