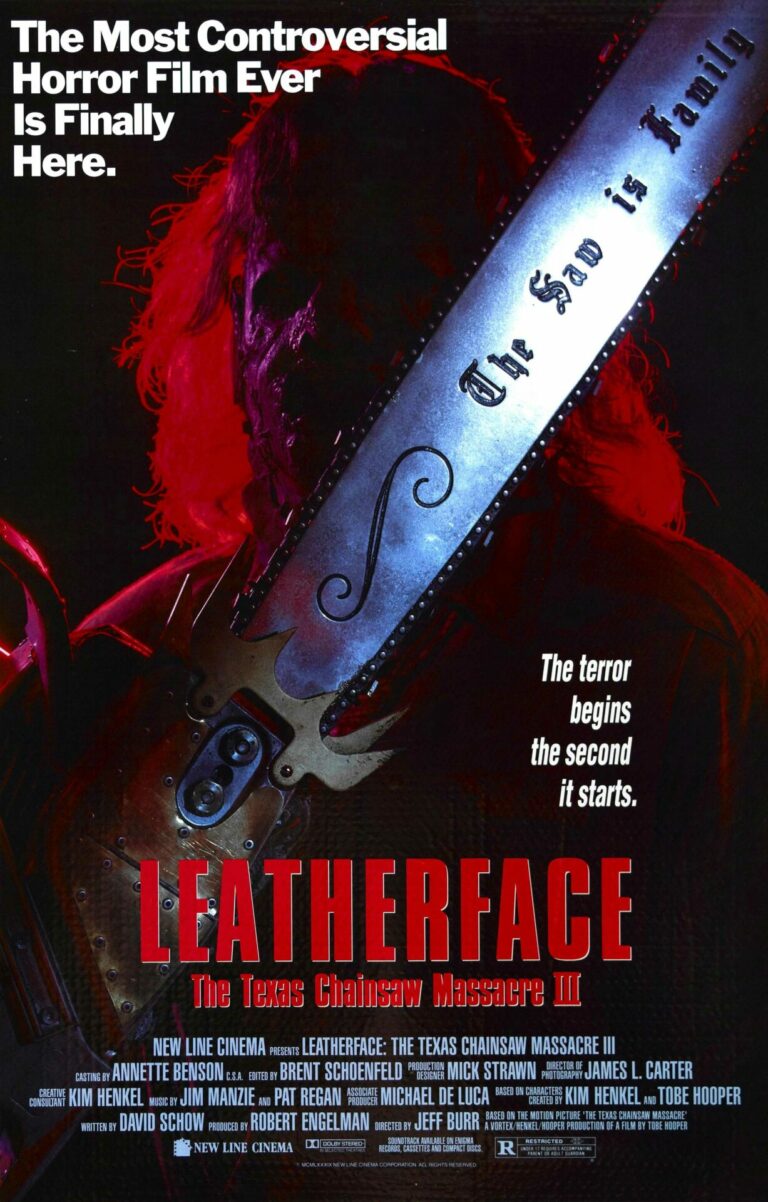 Leatherface, in this third installment, opens the movie by slugging the helpless sister of his first victim in the head with a sledge hammer. He then proceeds to take the skin from her face, cutting and weaving it into a mask that he can wear.

As the picture continues to go downhill, several more Lone Star State loonies are introduced who run a gas station. Frankly, one wonders if there are statutes or laws against defaming the name and character of Texas with such trash as this. In fact, MOVIEGUIDE won’t waste your time or our space with any further review except to say that the film makers who use children to depict graphic and nauseating violence should take a hard look in the mirror each morning.

TEXAS CHAINSAW III was originally intended for release in October, near Halloween. However, the film was so graphic the MPAA gave it an X rating. The producers subsequently snipped away at it until they received their R rating.