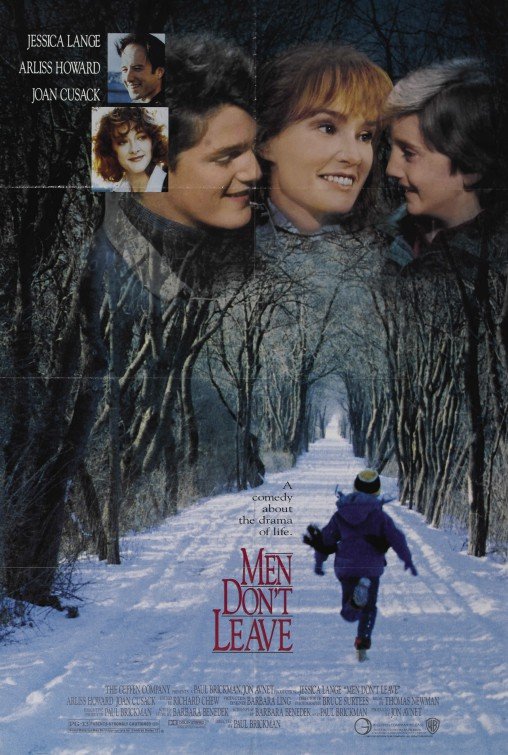 Profanity, obscenity and promiscuity (including the seduction of an underage boy)

This humanistic movie tells its audience that women are lost without men. It is unlikely that the writers intended this premise; therefore, one can only assume that the writers don’t know what they are communicating in this movie.

Beth and John have the ideal marriage and a picture-perfect family comprised of 17-year-old Chris and 10-year-old Matt. Living in a beautiful house in the Baltimore suburbs, John appears to be a successful contractor with all the goodies that money can buy. Everyone loves John, especially Chris and Matt. When John dies in a construction accident, Beth’s world falls apart. Beth finds herself confronted by $60,000 in unpaid contractor bills. She sells everything, packs up the family and moves to Baltimore where she gets a job as a go-fer in a gourmet food store.

Trying to care for the family and pay the bills proves too much for Beth. Chris moves in with an older, domineering nurse who seduces him. Matt becomes a professional thief, stealing VCRs with his 10-year-old buddy so they can buy lottery tickets. Beth acquires Charles, a musician separated from his wife, but eventually just gives up and goes to bed depressed for five days. However, Chris’ nurse forces her to come back to life and face the future. Revived, Beth returns to work, committed to life. The movie ends with Matt reminiscing about other adventures in his youth.

MEN DON’T LEAVE is a 1990’s version of I REMEMBER MAMA, only this mama has no values, and neither do her children. Her survival is merely a matter of will because she has no vision nor hope. The one line that sums up the movie is her statement to another single mother: “Kids do love their father, don’t they?” As if, children didn’t love their mothers as much as their fathers, which, unfortunately, is the case in this depressing movie.

We agree that families need mothers and fathers, but we disagree strongly that single mothers are incompetent to raise a family. This is not the case since the Bible says that the Lord is “A father to the fatherless, a defender of widows” (Psalm 68:5). The story of the infant Moses is a good example of how God cares for the orphaned.

The root problem of the film is that its humanism has no answers. The writers therefore see the difficulties that life presents, but have no understanding of how to overcome them. A pathetic movie which will only depress audiences, some reviewers joked that even a RAMBO flick would be better than MEN DON’T LEAVE.