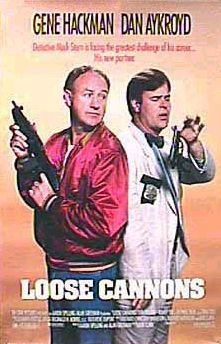 Mac Stern, a do-it-himself, “bust it all up,” free-spirited cop, is assigned a partner by the chief of police. Ellis, the partner, has spent several years under psychiatric care as the result of an accidental shooting. Being the police chief’s nephew helped him get the assignment with Stern.

The film comes to the screen very much like its title: everything seems “loose.” From the extremely profane and obscene language, to the ridiculously-predictable story line that features cops more suited for a mental institution than the police force, the movie is one you’ll want to avoid. While the well-cast film is occasionally funny, you’ll laugh more at it than because of it.