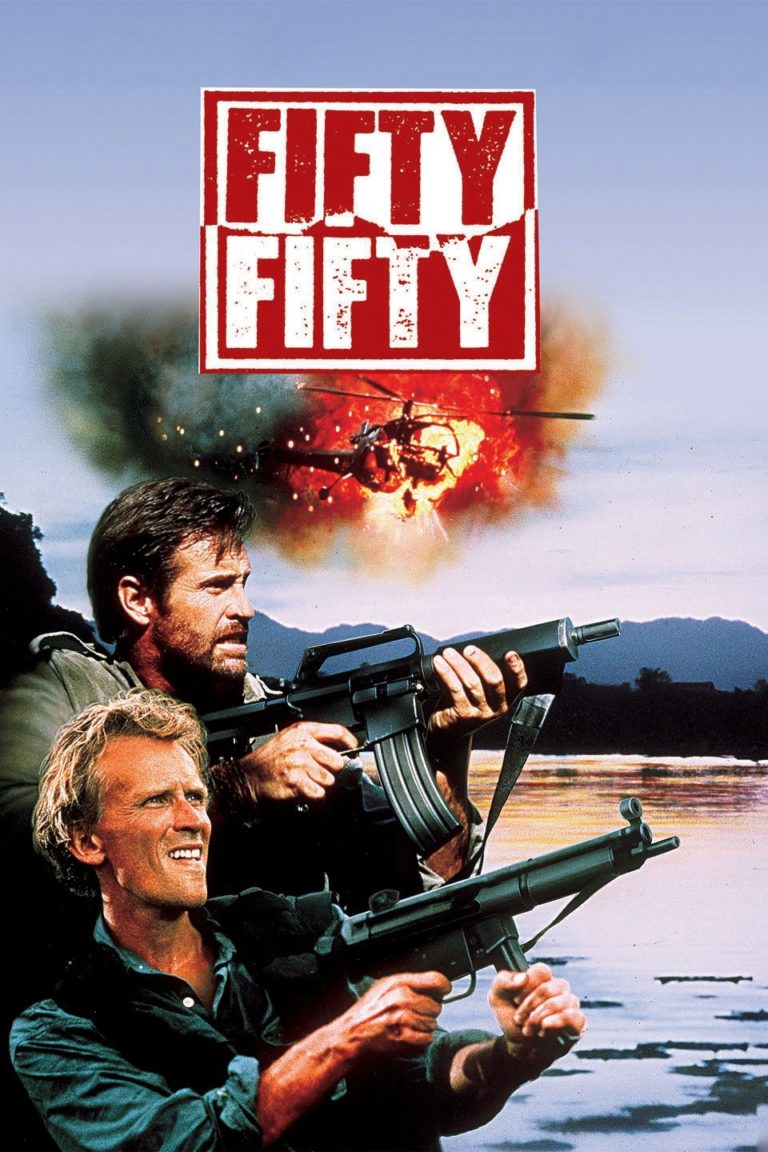 The film FIFTY-FIFTY tells the story of two American mercenaries hired by the CIA to overthrow the dictator of a small island nation in the South China Sea. The movie contains much blood, gore, profanity, and obscenity. Although there is no nudity or sex, the film is poorly produced, lacks a substantial plot and has inept acting and direction.

In FIFTY-FIFTY, the CIA pays two American mercenaries, Frenchy and Jake, to topple a dictatorship in the Republic of Tengara–an island banana republic located in the Pacific Ocean. After the mercenaries arrive in Tengara, they train scraggly native men in preparation to overthrow the dictator. Back in Washington, the dictator’s men have cut a deal with Washington to become a U.S. stooge and the word comes down from the Oval office to stop the attack a la the “Bay of Pigs.” General mayhem develops for the guerrillas as their assault on the capital is thwarted by other U.S. military equipment working for the dictator’s side. Jake and Frenchy do some introspection, flip a coin (hence the “FIFTY-FIFTY” title) and thus decide to stick it out and topple the Dictator anyway. With considerable blood, gore and extremely foul language, they do just that.

FIFTY-FIFTY is just another of those mercenaries-in-a-banana-republic- playing-cowboys-and-Indians’- shoot’em-up.” Worse, there is apparently a choice made 1/4 of the way into the film to shift from a “Bumbling-Mercenaries-in-a-Banana-Republic” to a “Mercenaries-taking-themselves-seriously” film. Although the gags in the first 1/4 weren’t much, they beat the relentless march toward mediocrity in the latter 3/4 of the film. This type of film has been done much better before with a better plot, better scenery and even with more violence.