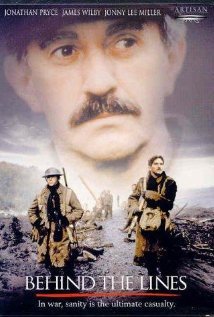 Watch BEHIND THE LINES (REGENERATION):