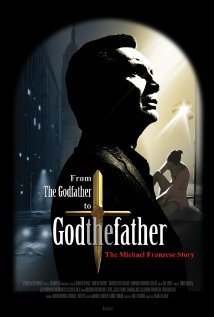 GOD THE FATHER is an insightful Christian documentary with a powerful message of redemption and evangelism. It opens with Michael Franzese talking about how he came to Jesus. He shares how his father was a Mafia leader when he was falsely arrested. Michael joins the Mafia to clear his father’s name, but gets wrapped up in the mobster’s lifestyle. Michael meets Camille, a beautiful dancer and Christian, whose mother begins to share Christ with Michael. However, prison is where Michael’s spiritual transformation finally occurs. A guard gives Michael a Bible, and Michael begins to change his ways. Meanwhile, Michael’s wife faithfully waits years for him to be released.

GOD THE FATHER is structured in a creative way. It uses several storytelling techniques, including live interviews, archival footage, animation, and even interpretive dance. The movie has a very strong Christian worldview that tells the story of one man’s journey to spiritual redemption. Extreme caution is still advised for GOD THE FATHER because of some very strong violent content. The good news is that Michael continues to testify what Jesus Christ has done for him.

(CCC, BB, VVV, N, A, MM) Very strong Christian worldview as a reformed mobster shares his story in accepting Christ, with images of a whipped and bruised Jesus carrying the Cross and His crucifixion, with strong biblical, moral elements as repentant mobster changes his ways and reads Bible in prison, plus wife faithfully loves and waits years for him to be released; no foul language; very strong violence graphic at times as both real life men and animations are shot at point blank range with blood spattering; no sex; upper male nudity; alcohol sitting on table but not consumed; no smoking or drug references; and, revenge, greed, moral relativism, the Mafia way of life is presented, a blood oath is taken, father puts Mafia hit out on son, blackmail, family dysfunction, multiple arrests, imprisonment, man promoted within Mafia crime family, racketeering, extortion, tax fraud, and a son drops out of college and joins Mafia, but all rebuked

GOD THE FATHER opens with an interview with Michael Franzese sharing the history of the Mafia as archival footage of some of mob life. He shares how his father was in the upper ranks in the Mafia, and, at the time of his father’s arrest, Colombo was the family Don.

Michael is a devoted son and very strong-willed as a young man. Against his father Sonny’s wishes, Michael drops out of school to help his father who’s been framed and imprisoned. He decides joining the Mafia is the best way to find out how he could clear his father’s name. He takes a blood oath with several other Mafia initiates and is told he can never go back.

Michael quickly rises through the ranks and becomes a captain in the mafia family, bringing in half a billion dollars a month in gas tax money.

While Michael is producing a dance drama about his life, he meets a dancer on the set named Camile. He falls in love with her at first sight. He does his best to win Camille’s heart, and eventually they begin dating. She and her mother are devout Christians, so, from their first meeting, Camille’s mom writes Michael’s name in her large prayer book. Michael grew up Catholic, but was not at all following Christ and respectfully declines as Camille’s mom speaks to Michael about Jesus.

In time, Michael and Camille marry, and Michael feels he needs to break from the Mafia. He knows it will be a dangerous road. He took the blood oath when he entered and knows that once you’re in the mafia, there’s no getting out of it unless by death but not from natural causes. His very own father even puts a Mafia hit out on Michael for trying to leave.

Michael is in and out of court, and his lawyers make several deals with the police to keep him out of prison for a while. Eventually, however, he’s imprisoned and told he will never see the light of day or his family again.

Angry, frustrated and in a small, cramped jail cell, a prison guard gives Michael a Bible. Michael has nothing but time and nowhere else to go, so he begins reading the Bible. His father always told him he had to be a “man’s man.” So, Michael began to read the Bible to see just what kind of man Jesus was.

As Michael reads the Bible, he learns Jesus was a real “man’s man.” He even took the fall and the sins of the world when he’d done nothing wrong. Michael gives his life to Christ while in prison, and, after 29 months of imprisonment, he’s released.

Michael gives God praise for his release and shares the Gospel with other because he knows the miracle God made in his own life. He now is free living in Southern California with his family. He writes books and continues to testify what Christ has done for him.

GOD THE FATHER is an insightful movie with a powerful message of redemption and evangelism. The movie is creatively structured with a variety of storytelling modes including live interviews, archival footage, animation, reenactments, and dramatic interpretive dance sequences depicting Michael’s life of crime and conversion. Extreme caution is required due to some strong violence, including a depiction of the Passion of Jesus on the way to His crucifixion. However, GOD THE FATHER is a powerful story of how one made an extraordinary journey from the Mafia to Jesus.