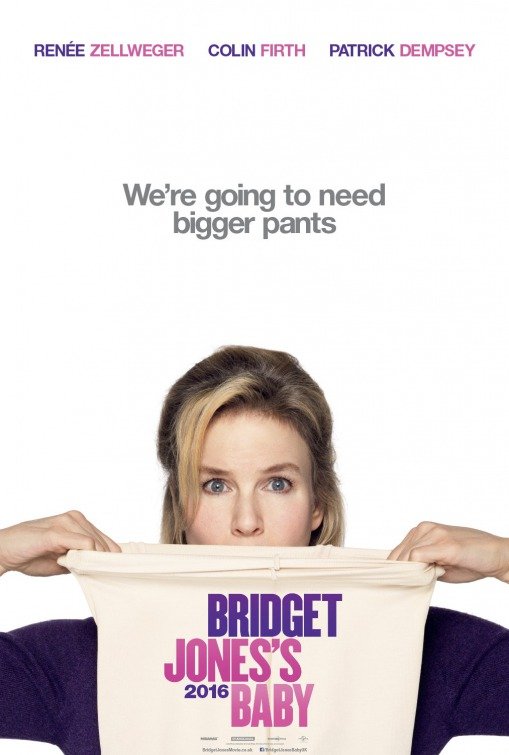 BRIDGET JONES’S BABY continues the comic saga of a single woman in London. Now 43, Bridget decides to have one more youthful fling when her best friend takes her to a wild rock music festival and encourages her to go to bed with the first man she meets. That man is Jack, a dashingly handsome American businessman. A couple days later, Bridget runs into her old flame, Mark, who tells her he’s divorcing his wife. Bridget seduces Mark and ends up pregnant, but she can’t tell who the father is. This sets off a competition between Jack and Mark to prove himself the better father.

BRIDGET JONES’S BABY has much foul language and many lewd, though comical, references. There’s also brief nudity in a couple scenes. However, Renee Zellweger gives an appealing performance as Bridget, especially in the cleaner, more positive moments. Sadly, though, the movie also has strong politically correct, pro-homosexual content. This content adds nothing to the movie. Ultimately, the endorsement of promiscuity, homosexual behavior and adultery in BRIDGET JONES’S BABY, coupled with the crude content, is decidedly excessive and unacceptable.

(RoRo, PaPa, PCPC, HoHo, B, C, LL, V, SS, NN, AA, M) Strong Romantic, pagan worldview where title character has to figure out which man is the father of her baby and which one she truly loves, with strong politically correct, pro-homosexual content, mitigated slightly by a pro-life moral message regarding the baby in question, and the movie closes with a church wedding; at least 71 obscenities and profanities (including many “f” words); brief slapstick comic action such as falling down in the mud; strong sexual immorality includes pro-homosexual message, pro-fornication message, implied fornication, two men shown kissing at a wedding, bedroom scenes, crude dialogue, a group of lesbians are shown taking part in an exercise class, a lesbian couple takes part in a parental discussion class, and adultery although the couple is separated; brief upper female nudity, brief rear female nudity; alcohol use and drunkenness, with drunkenness played for laughs; no smoking or drugs; and, some lying or deceitfulness.

BRIDGET JONES’S BABY, the long-awaited third installment in a series of romantic misadventures involving a British single woman, shows Bridget, now 43, having to figure out which of two men fathered her preborn child. Renee Zellweger gives an appealing performance, but BRIDGET JONES’S BABY has a strong Romantic, pagan worldview with lots of strong foul language and politically correct, immoral elements supporting homosexuality and excusing pre-marital sex, mitigated slightly by characters speaking glowingly about babies and a church wedding at the end.

In this edition of Bridget’s life, the story follows her alone and sad at age 43. Her loneliness and sadness are comically portrayed, especially in the movie’s funny opening scenes.

Bridget’s best friend offers to take her to a wild rock music festival and encourages her to go to bed with the first man she meets. That man is Jack (Patrick Dempsey), a dashingly handsome American businessman who’s invented a new phone app for dating. Bridget falls into bed with him, then leaves in the morning while he’s out bringing them breakfast.

Bridget next goes to a funeral, where she runs into her old flame Mark Darcy (Colin Firth), who’s sweet but stodgy and now has a wife. However, when they re-meet at a party following a christening, he reveals he’s separated from his wife, and she seduces him.

Soon, Bridget is pregnant. However, she realizes she can’t tell who the father is since she went to bed with Jack and Mark just days apart. Her doctor (Emma Thompson) advises her to tell both men about the baby. This sets off a competition between the men to prove himself the better father (or rather, father-in-waiting), in hopes of winning both Bridget’s love and the child for an instant family.

BRIDGET JONES’S DIARY has a lot of foul language and sexual euphemisms used comically. There’s brief nudity as well in a couple scenes. However, Renee Zellweger gives an appealing performance that’s sometimes even sweet, especially in the movie’s cleaner, more positive comic moments. Eventually, her character goes through lots of comic turmoil, but it all leads to some positive, moral decisions.

Sadly, though, besides the foul language and lewd content, the movie has strong politically correct, pro-homosexual content. For example, there’s a running gag about Bridget’s mother running for her church parish council. She at first opposes homosexual behavior and later endorses it after Bridget scolds her alleged “closed-mindedness.” This subplot is accompanied by other pro-homosexual references. For example, at one point Bridget exclaims, “Thank God for the gays!” when she needs someone to talk to about her personal affairs. Also, two men are shown kissing at the church wedding closing the movie. This content adds nothing to the movie.

Ultimately, the endorsement of promiscuity, homosexual behavior and adultery, coupled with all the foul language and crude references, is decidedly excessive and unacceptable.