FIRST THEY KILLED MY FATHER 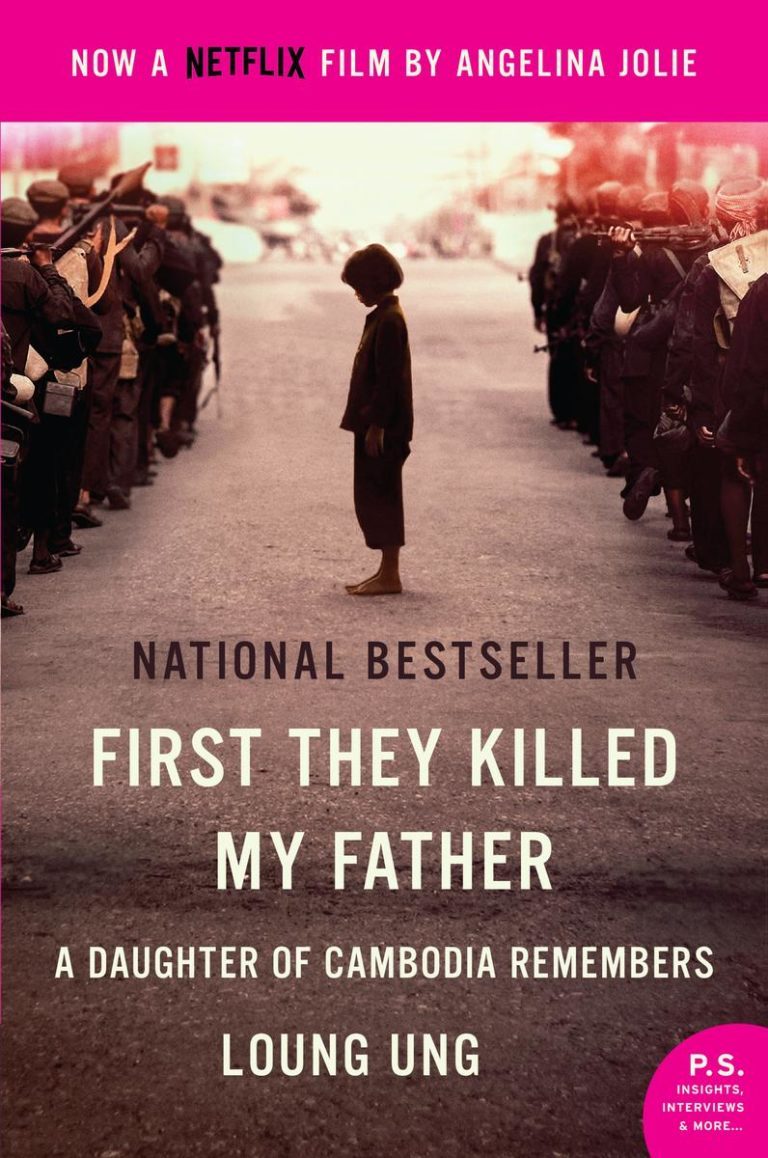 FIRST THEY KILLED MY FATHER is Cambodia’s 2018 Oscar entry. Director Angelina Jolie co-wrote the script with Loung Ung. Ung authored a book about her experiences as a survivor of the genocide committed by Cambodian communists during the late 1970s. As a young girl, she and her family try to survive a communist concentration camp. Eventually, Loung’s mother secretly helps her remaining children escape of the camp find a better life. Separated from her siblings, 7-year-old Loung is forced to become a child soldier. Will she survive to see her family again?

Deeply moving, FIRST THEY KILLED MY FATHER is exceptionally well made, despite using non-professional actors. The child actors are especially terrific. If one thing’s clear about this story, it’s that Marxism and atheist communism are the worst evils. The movie is tough to watch. Children are separated from their families, enslaved, beaten, and killed. However, like reading a book on Hitler, it’s necessary to be reminded of communist evil. MOVIEGUIDE® advises extreme caution for FIRST THEY KILLED MY FATHER because of graphic violence and some overt but brief references to Buddhism.

(BBB, ACACAC, FRFR, PaPa, L, VVV, N) Very strong moral, anti-communist, anti-Marxist worldview about family love, with sacrificial father and mother and children who exemplify courage, but with some strong Buddhist elements (the family featured in the story is Buddhist) such as prayer and a discussion about death and reincarnation; one light obscenity; very strong and graphic violence such as families are forced into work camps and often separated, men and women and children are beaten, child is hit in the head with the butt of a rifle, children are blown up by landmines, a child is shot in the head in a battle, people with severed legs and arms; no sexual content; upper male nudity; no drinking; no smoking or drug use; and, no other objectionable content.

FIRST THEY KILLED MY FATHER is an adaptation directed by Angelina Jolie, who co-wrote the script along with Author Loung Ung, a Cambodian survivor of the genocide committed by communist Khmer Rouge regime. Stirring and deeply moving, the movie follows a young girl and her family trying to survive one of the most brutal and systematic mass killings of the century.

Set in 1975 Cambodia, the movie begins by showing archival footage of the Vietnam War and America’s involvement in Cambodia, a neutral country. When leftists in the United States suspended military aid to Cambodia, this allowed the Khmer Rouge, a communist party led by the ruthless Pol Pot, to take control of the country.

The movie follows 5-year-old Loung Ung, the youngest of six other siblings. Loung’s father worked for the government. So, as soon as the Khmer Rouge entered the city, the family of eight left their home for the countryside because the soldiers would kill anyone who worked for the prior government. They also would execute any teacher, doctor or intellectual who had any association with western society.

Loung’s world completely changes, but she takes it all in with curiosity. Her family is sent to a work camp where every member of the family is forced to dispel their personal possessions, dye every piece of clothing the same color, and work for the benefit of the Khmer Rouge soldiers. After two years, Loung’s two brothers are taken away to fight, her father is also taken away to be killed, and her older sister dies from sickness. Barely fed anything, at one point Loung’s brother at night attempts to sneak onto the field that they farm during the day to eat some produce, but is caught and beaten. Because of this, Loung’s mother sends her remaining children out of the camp alone to escape and hopefully find a better situation.

The remaining siblings are separated, and the now 7-year-old Loung is forced to become a child soldier. Will Loung survive, or ever see her family again?

FIRST THEY KILLED MY FATHER is exceptionally well made, especially given the fact that no one in the movie had ever acted on screen before. The child actors are especially terrific. The movie doesn’t rush to battle scenes. There’s some graphic violence, but nearly all of it is at end of the movie in the dramatic climax. Angelina Jolie skillfully keeps the story engaging without heavy amounts of exposition or dialogue, and the camerawork and direction properly show a beautiful people and lustrous country that are horrifically enslaved by the evils of Marxism.

The movie makes a point to mention that President Nixon secretly dropped nearly 2.7 million bombs on Cambodia without congressional approval. Though this was a gross overstep of power and completely unconstitutional, it would be ludicrous to put the blame of the genocide on anyone other than its Marxist leaders. The genocide, which used leftist propaganda, identity politics that were racially motivated, and intense fear have frightening similarities to some of the violent movements in America today. If one thing is clear about FIRST THEY KILLED MY FATHER, it’s that Marxism and atheist communism are among the worst evils.

It’s impossible to be entertained by a movie in which children are separated from their families, enslaved, beaten, and many of which die. However, like reading a book on this subject or about the Holocaust, it’s necessary to be reminded about the evils of Marxism, atheism and communism so we can combat them. Because of the movie’s graphic violence and two false religious scenes mentioning Buddhism, MOVIEGUIDE® advises strong or extreme caution for FIRST THEY KILLED MY FATHER.

Chosen this year to represent Cambodia in the Best Foreign Language Movie category at the 2018 Oscars, the movie is running on Netflix and in a few select theaters.

Watch FIRST THEY KILLED MY FATHER: