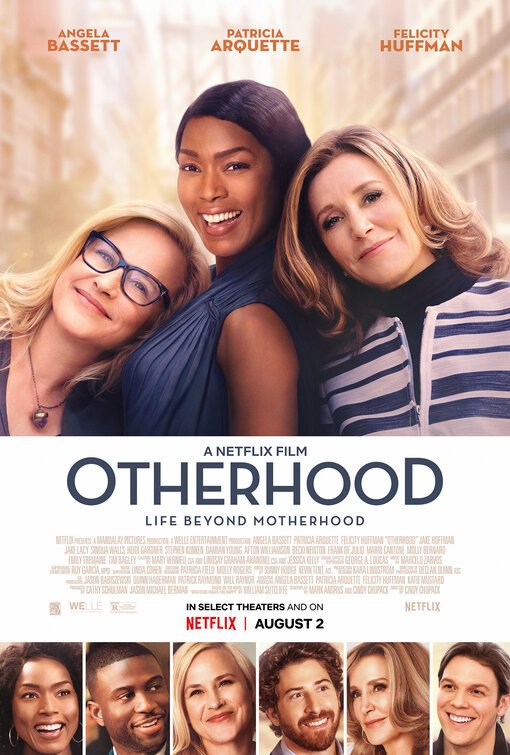 OTHERHOOD follows the journey of three overbearing mothers. After their sons forget to call them on Mother’s Day, they travel to New York City to surprise their adult sons with a visit. The mothers long to feel needed again, but when they arrive in New York, their sons want nothing to do with them. They are grown men, and although they love their mothers, they have adult lives of their own. Over the course of the trip, the women discover it’s not their sons who need to change, but themselves.

Based on a novel by William Sutcliffe, OTHERHOOD is an entertaining comedy with rich female centered characters, but the storyline has some serious flaws. The sons are described as best friends, but the boys never hang out together. Also, when they are together, their chemistry is awkward. Even the three women don’t always act like true best friends. OTHERHOOD has a light moral worldview about a mother’s love for her child, but it mars its positive elements with cheap laughs, inappropriate humor, distasteful lewd scenes, homosexual references, and excessive alcohol abuse.

(B, PaPa, PCPCPC, HoHoHo, LL, V, SSS, NN, AAA, MMM):
Dominant Worldview and Other Worldview Content/Elements:
Light moral worldview demonstrates the undeniable love a mother has for her son, mothers showcase love, concern and compassion for their sons, each mother has sacrificed their own wants and needs to focus on being a good mother for their child, but there’s no mention of religion, church, faith, God, or the Bible, families have a strong pagan belief system where anything goes and that advocates turning to friends and alcohol for support when times get tough, mother’s sons each worship a different worldly god, one son worships work, another son worships his girlfriend, and the third son glorifies his homosexuality and each of these idols lead to a life of unfulfillment
Foul Language:
15 obscenities (including four “f” words) and no profanities
Violence:
One scene of light physical violence when an angry son turns over some chairs in a bar after he discovers his drunk mother dancing, and lots of arguments and people yelling mean things at each other
Sex:
Very strong sexual immorality in scene of older man making out with an underage girl who has lied about her age, underage girl’s dress rides up and her underwear is exposed, mother informs son if they had sex it would be rape since she is not of age, son doesn’t take this as seriously as one would imagine, and it’s very uncomfortable to watch, mother finds women’s underwear in unmarried son’s house, references to a late husband’s adultery, homosexual couple engage in kissing and light touching, homosexual couple give their sperm away to a lesbian couple glorifying perversion, light kissing between husband and wife
Nudity:
Upper female nudity in images of unclothed models in a pornographic dirty magazine
Alcohol Use:
Heavy social drinking and overdrinking, mother gets drunk on martinis after a stressful situation, mother’s drink wine and mimosas with their meal, mother steals her sons tequila to drink and hides it under her pillow so her son won’t see how much she drinks, mothers take shots at a bar and get drunk, sons drinks wine on dates, son drinks tequila for breakfast when he’s depressed, and alcohol is glorified as a way to deal with your problems and feel better about yourself
Smoking and/or Drug Use and Abuse:
No smoking or illegal drug use; and,
Miscellaneous Immorality:
Miscellaneous immortality include lying, selfishness, stealing, and dysfunctional family situations.

OTHERHOOD has an uplifting ending, but the storyline has some serious flaws. The scenes feel more like ideas or stereotypes, and the relationships don’t seem believable. The sons are described as best friends, but the boys never hang out, and, when they are together, their chemistry is awkward and unnatural. Even the three women don’t always act like true best friends. The women say some very hurtful things to each other, which doesn’t seem a likely way best friends would communicate. They also yell at each other in public and don’t’ tell their friend, Carol, that her husband had an affair on her until he’s deceased. The individual mothers are interesting to watch, but it’s hard to believe they would ever be friends. In addition to their relationship, the sons’ characters are poorly cast. The men seem more like stereotypes than actual people.