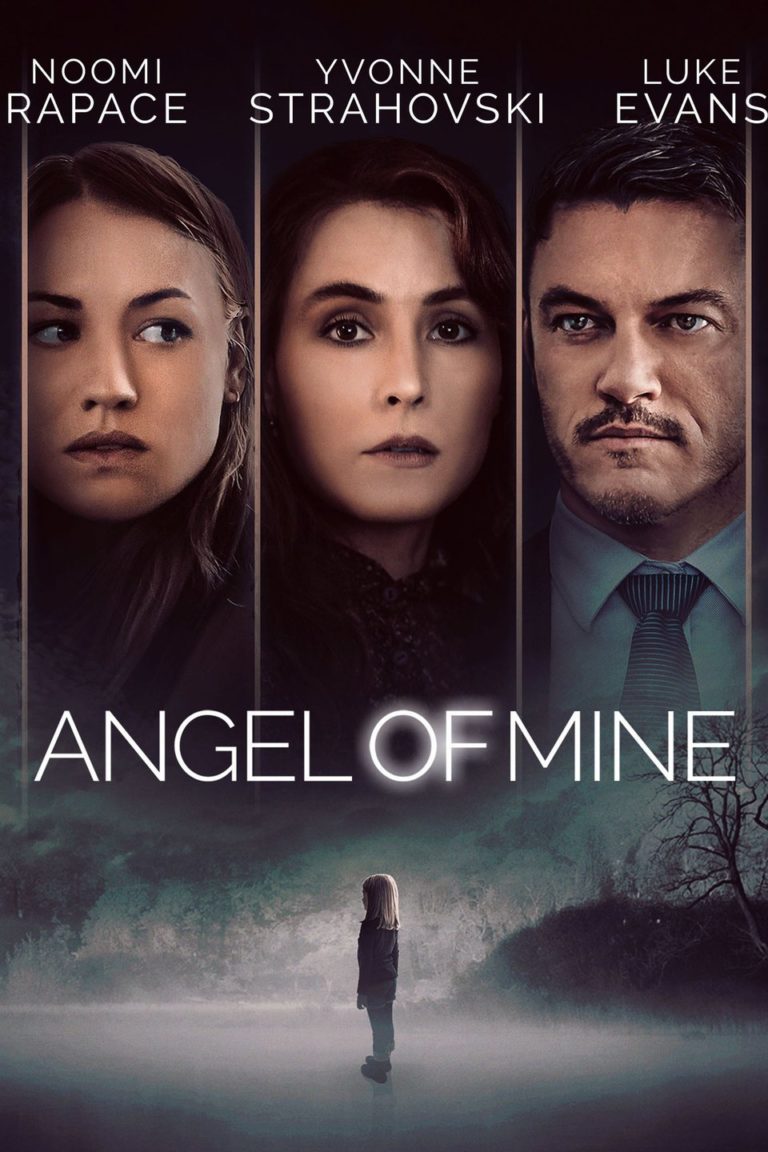 In ANGEL OF MINE, Lizzie struggles to live a normal life since her baby girl died in a hospital fire seven years ago. Her marriage and relationship with her son have fallen apart. One day, Lizzie takes her son to a birthday party. She sees a little girl who’s the same age as her daughter would be and feels an immediate connection. She becomes obsessed with the girl, following her family and even breaking into their house to retrieve a DNA sample. Could this really be Lizzie’s daughter, or has she lost her mind?

Based on a French drama, ANGEL OF MINE is more of a thriller. The pace picks up from a slow beginning, but there’s a lack of chemistry between some of the actors. Also, despite intense moments and an unexpected twist, many elements feel amateurish. Consequently, the movie doesn’t hold the viewer’s full attention. ANGEL OF MINE also has a strong humanist worldview, no redemptive content and lots of questionable content. There is some brief, totally unnecessary extreme nudity, plus lots of foul language and many examples of family dysfunction.

(HH, Fe, LLL, VV, SS, NNN, A, MM):
Dominant Worldview and Other Worldview Content/Elements:
Strong humanist worldview where people are the governing force, and there is no supernatural realm, the only truth is what is factually known, characters go where their brains lead them disregarding the consequences and feelings of others, plus a slight feminist element where women have an intuition that men don’t
Foul Language:
At least 18 obscenities (mostly “f” words) and nine profanities, plus one use of “bloody”
Violence:
Moderate amount of violence including a collision while ice skating that causes a small girl to hit her head and has a small amount of blood coming from her nose, one longer fight scene between two women including some broken glass that cuts them both and shows some blood, and one woman bites the other and is choked once
Sex:
One depicted sex scene toward the beginning of the movie where two unmarried people begin to engage in intercourse after a date, and afterwards, the woman has difficulty with intimacy begins to touch herself instead
Nudity:
Full frontal female shown briefly in bathroom as woman gets ready for bed, upper male nudity and woman in bra shown in a sexual situation, younger boys are in swim trunks swimming in pool, upper male shown while man lies in bed with his wife, woman shown from shoulders up in the bathtub
Alcohol Use:
Characters are occasionally shown having wine at different events or parties, but no apparent drunkenness
Smoking and/or Drug Use and Abuse:
No smoking or illegal drugs, but woman takes prescription medication because of a previous mental breakdown, eventually flushing them down the toilet and lying about taking them; and,
Miscellaneous Immorality:
Strong miscellaneous immorality with many examples of dysfunctional family as the main character is divorced and has a very negative relationship with her son and ex-husband, the son requests multiple times to live with his father, the father has filed for sole custody, the mother and son have many disagreements that escalate to mother yelling and cursing at her child, woman breaks into a house multiple times and stalks a child, examples of kidnapping, and many examples of lying and deception for own personal gain or advantage.

ANGEL OF MINE follows Lizzie, a woman who’s been dealing with the heavy loss of her baby daughter years ago. Seven years prior, there was a huge fire at the hospital where she gave birth, killing women and many newborn babies. Torn apart by this devastating loss, Lizzie was admitted to a mental institution following a few mental breaks. She’s been unable to fully live her life like she did, ending the marriage with her husband and neglecting to give her son the attention that he needs. When a co-worker at the natural makeup store in a local mall where she works sets her up on a date, Lizzie is unable to socialize normally.

One day, Lizzie takes her son to a birthday party and spots a little girl running around the house. Suddenly, the world stops as she stares at this child. In an almost trance-like state, Lizzie wanders after her. Unable to make contact, she asks her son, Thomas, if he knows who she is. The girl happens to be the sister of a friend of Thomas, so the next day Lizzie follows their car home from school.

Seeing that their house is for sale, Lizzie creates a phony story to get closer to this child. She asks to see the house for a potential sale, and now that the other parents know that Thomas and their son are friends, they welcome her into the house. Still feeling a strong connection to their child, whose name is Lola, she spends more and more time with them, sometimes even dreaming about breaking into their house and watching Lola girl. However, the more Lizzie shows up at places uninvited, the more Lola’s mom becomes suspicious. When Lizzie appears backstage at Lola’s ballet recital, the mother, Claire, expresses her concerns to her husband.

These situations begin to escalate and Lizzie assures her therapist she’s beginning to forget about her own little Rosie, and that her medication, that she flushed down the toilet, is definitely working. Eventually, she has to tell the mother her true thoughts and feelings, officially sending Claire over the edge.

Everything quickly falls apart in Lizzie’s life. She loses her job, and Lola’s parents threaten Lizzie with a restraining order. Suddenly, she’s confronted by her entire family in an intervention type of scenario, as they express their concern for her condition. She forgot to pick up her son from soccer practice, and she has to tell her ex-husband what has been preoccupying her mind. She truly feels that Lola could be their daughter, and her entire family hangs their heads, feeling at a total loss for her.

However, Lizzie refuses to give up. Will she be sent back to the mental hospital or be reunited with her birth daughter after all these years?

Originally a French movie called MARK OF AN ANGEL, ANGEL OF MINE uses a more intense approach to this remake, giving it the feeling of a thriller. The first 20 minutes or so start off rather slow, without much chemistry among the characters to engross viewer in the story. It begins to pick up, however, increasing the interest, but not without flaws. With an almost all name cast, the production value falls short of top notch, with less than thrilling camera shots and sound mixing that at times feels very amateur. Noomi Rapace had nothing but full commitment to this role, but her chemistry with Luke Evans is so lacking it’s easy for the mind to wander during their dialogue exchanges. There are some thrilling moments and a surprise twist that could be unexpected for most audience members, but the movie also has a very negative worldview. There is no mention of God or look to Him for any type of guidance, peace or wisdom. There are many examples of family dysfunction, including divorce and a very destructive relationship between a mother and son. There is also brief, but completely unnecessary nudity, one sexual situation and plenty of strong foul language. ANGEL OF MINE is an excessive, unacceptable movie with nothing redemptive about it.