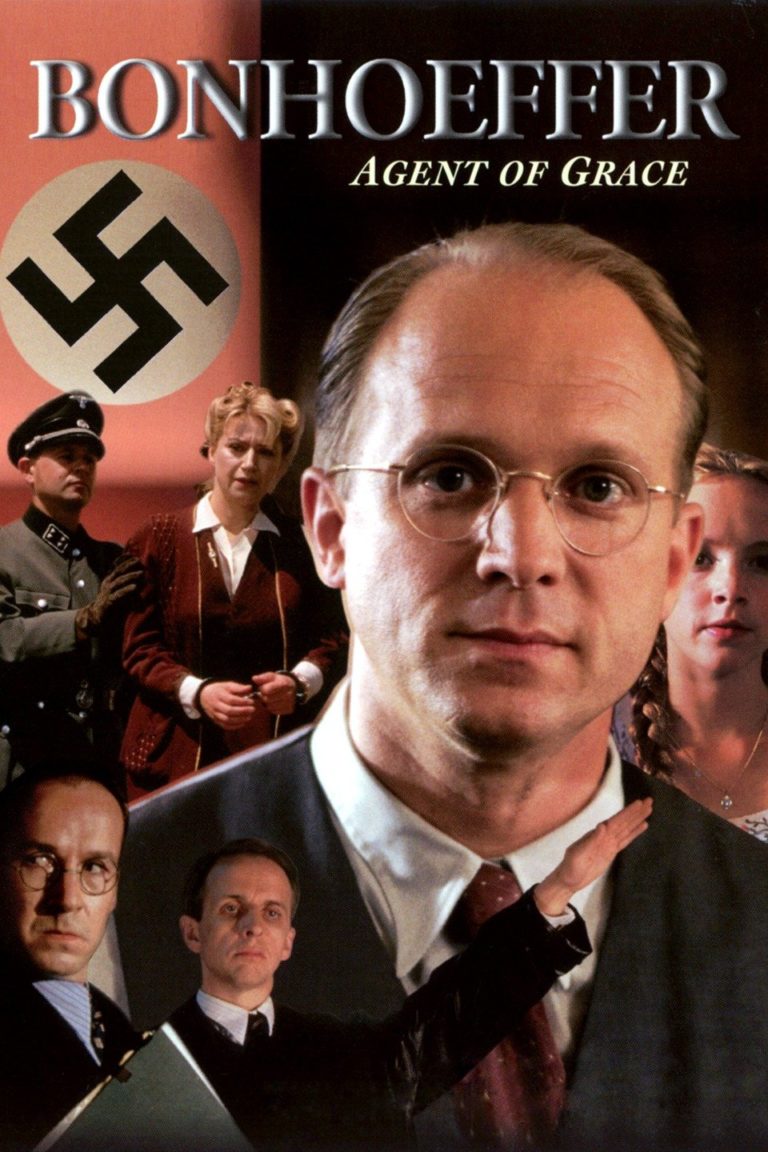 There have been many attempts to tell the story of Dietrich Bonhoeffer, the German theologian who went from being a pacifist to conspiring to kill Hitler. Bonhoeffer’s story captures the imagination: because he gave up his life for his beliefs, because he was the conscience of Germany at a time when Germany seemed to have no conscience, and because he wrestled with the great moral issues raised by the Gospel of Jesus Christ. In BONHOEFFER: AGENT OF GRACE, PBS Television gets the essence of Bonhoeffer’s story right, although it changes some of the details for dramatic purposes. Moreover, produced in Germany by a German crew, it looks authentic.

The movie opens with Bonhoeffer singing at a black Pentecostal church in Harlem. Bonhoeffer decides to go back to Germany where he is needed. His colleagues at Union Theological Seminary try to convince him to stay. He is a hero among them for his carefully reasoned pacifism and his deep faith in Jesus Christ.

Bonhoeffer does go back and finds that Hitler is destroying the country. He commits himself to trying to rescue his Jewish friend. He sets up a seminary to teach faithful students because the state church has been co-opted by the SS, Hitler’s government stormtroopers. The SS, of course, trashes the school.

A few Germans in the high command who oppose Hitler recruit Bonhoeffer to travel to Sweden and England, to try to get help from the Allies to overthrow Hitler. Eventually, this connection draws Bonhoeffer into the conspiracy to kill Hitler. He is arrested and, in this version, visited by his fiancée, who tries everything to keep him alive. He leads people to Christ. He performs church services. He writes his famous letters from prison exploring the moral demands made by evil and, eventually, just days before the Allies come, he is hanged.

Ulrich Tukur, who plays Bonhoeffer, is so real, so authentic, so profoundly aware of all the nuances, that we meet Bonhoeffer in him. The other actors are also superb. Some of the major historical characters have been diminished to simplify the plot. Bonhoeffer’s relationship with his fiancée has been enhanced, again for plot purposes. Although there are many threats of violence, and this was a violent time in world history, we see very little violence. There is one slight obscenity, some kissing and hugging, but otherwise the production harkens back to the “Golden Age” of Hollywood in that it is devoid of objectionable semantic elements like crude language, cursing, explicit sex, and graphic violence. However, there is a strong sense of jeopardy and the emotive entertainment value is never compromised by the care taken to avoid dwelling on the violence.

Most importantly, this production clearly highlights the moral questions that everyone faces. By asking the right questions, BONHOEFFER helps us think through the answers that we would give based on God’s Word, the Bible.

Runtime: Airing in May on local PBS TV stations