"Definitely Not a Prized Pearl" 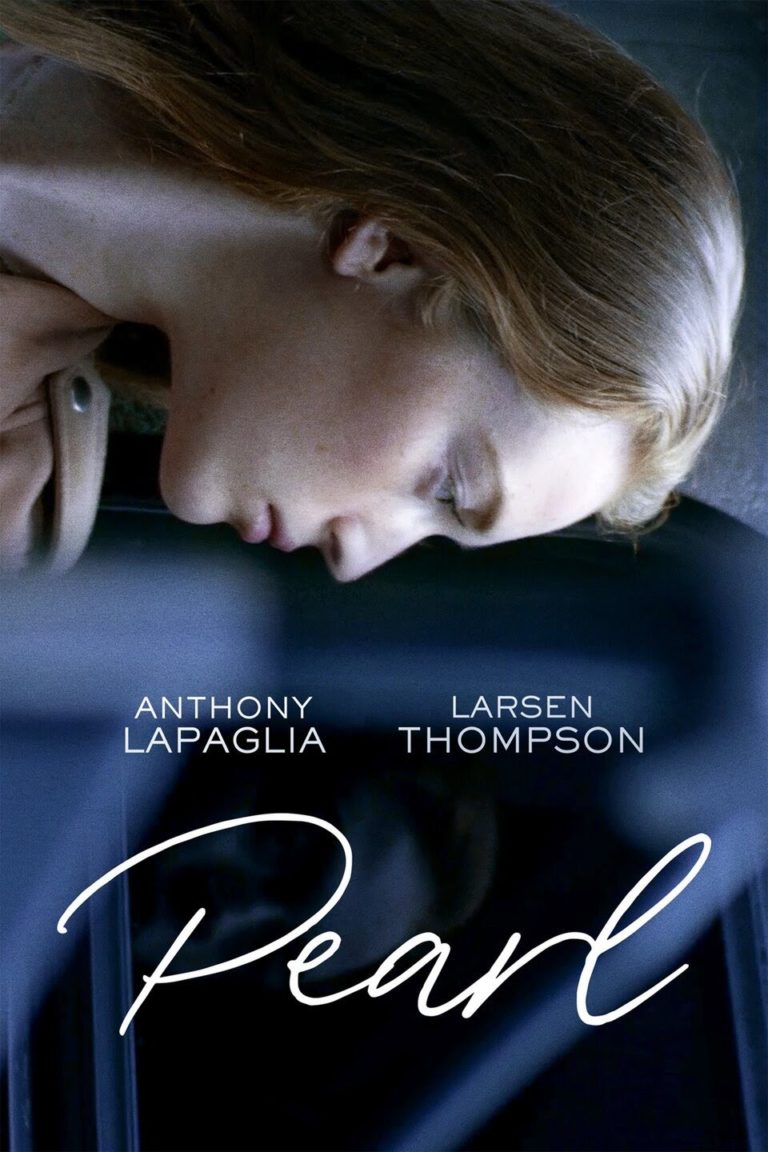 PEARL is a smart 15-year-old girl who has to move in with her biological father after her mother is murdered. After her mother’s death, Pearl’s perfect life halts. She now has to decide whether to live with her drunken grandmother or live with her biological father whom she only just met. Forced to change schools and make new friends, Pearl not only has to navigate the her new family dynamics but also the normal struggles of a teenage girl.

PEARL has a potentially nice story about a daughter and a father needing each other in order to grow and heal, but the movie’s quality isn’t up to snuff. The movie suffers from poor acting and bad writing. It also has a strong humanist worldview where the title character is only concerned with the physical world and nothing spiritual. The movie’s content consists of a murder/suicide, drunkenness and unfaithful relationships. In addition, the movie has an undeveloped teenage “love” story, where the title character loses her virginity and becomes pregnant. PEARL also contains some strong foul language. The movie’s immoral content is unacceptable.

(HH, B, LL, VV, S, N, AA, MM):
Dominant Worldview and Other Worldview Content/Elements:
Strong humanist worldview where the title character is only concerned with the physical world, with some moral elements between a girl and her biological father
Foul Language:
Twenty obscenities (about half are “f” words) and no profanities
Violence:
Man murders someone with a shotgun and then shoots himself (none of this is actually seen, but he is shown with blood on his chest), shoving happens in a few places, another guy points a gun at himself but doesn’t pull the trigger, and a guy tries to rob the main character, but her friend beats him up with a book
Sex:
Implied fornication, and teenage girl gets pregnant
Nudity:
Upper male nudity in the beginning as you see a man holding a shotgun while being covered in blood
Alcohol Use:
A few scenes of drunkenness
Smoking and/or Drug Use and Abuse:
No smoking or drugs; and,
Miscellaneous Immorality:
Unfaithfulness between two people dating and lying.

PEARL is about a 15-year-old girl who faces trauma in her life and has to navigate through not only the struggles that follow when losing a loved one, but also the struggles of a teenager when she has to change schools and make new friends.

Life for 15-year-old Pearl seems like it couldn’t get any better. She is a talented young woman with excellent piano skills, a great loving mother and a nice house. The movie follows Pearl, her mother and her mother’s boyfriend to a private school where Pearl is surely about to be accepted. When Pearl’s life is at an all-time high, she hears shouting coming from the living room as she is trying to sleep. Pearl walks down the hall to figure out what’s happening. As she nears the end of the hall, gunshots are heard, and everything goes silent.

Pearl yells for mother and rushes out into the living room to find the mother’s boyfriend standing with a shotgun in his hands. As Pearl stands there speechless at the sight of her murdered mother, the boyfriend raises the gun and aims right at Pearl. The screen goes black and one gunshot is heard. Cops arrive on the scene and enter the house to find the dead boyfriend on the ground and Pearl crying while holding her dead mother. Shortly after this, the movie introduces Pearl’s drunken grandmother. Pearl not only has to take care of herself but her grandmother as well.

The movie then introduces a man drinking alone in his house while holding a handgun. This man, Jack, is believed to be the father of Pearl. Jack shows up at the mother’s funeral and is greeted by the lawyer who happens to be an old friend of the mother. The lawyer informs Jack that the mother wanted him to take care of Pearl if anything were to happen to her. However, Jack isn’t the father type and doesn’t want anything to do with a person who may or may not be his daughter. While he wrestles with his morals, Pearl has to figure out where she will end up next.

Although the script has a nice story about a daughter and a father needing each other in order to grow and heal, the movie’s quality is not up to snuff. The things that stand out are some poor acting and bad writing.

PEARL has a strong humanist worldview where the title character is only concerned with the physical world and with nothing spiritual. The content in this movie consists of murder/suicide, drunkenness and unfaithful relationships. It also has an undeveloped “love” story, which doesn’t add any improvement to the story in the slightest but results in Pearl losing her virginity and becoming pregnant. PEARL also contains some strong foul language. The movie’s immoral content is unacceptable.