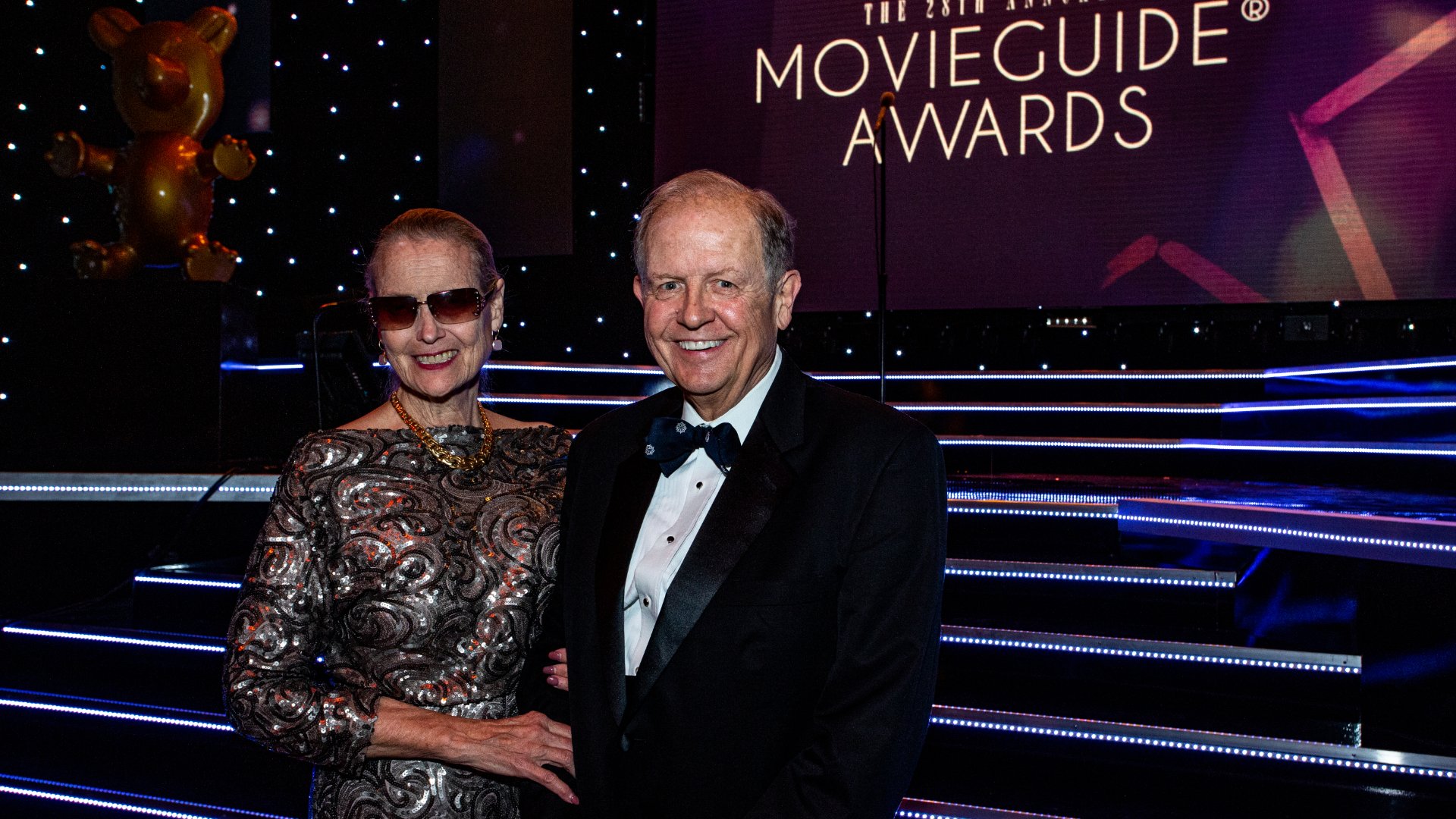 Elegance followed Lili Baehr wherever she walked. The Baehr family matriarch would light up a room as she told stories and enchanted even strangers with her serene attitude and ever-present gratitude.

Lili was adored by everyone she met, but especially by her children and grandchildren.

“I want to impart joy in the adventure of parenting,” Lili said as one of her granddaughters curls up in her lap. “Have joy in the journey. It’s a matter of attitude.”

Lili’s passion for her family inspired her quiet strength as she continued to be a walking miracle. Many health struggles should have waylaid her, but Lili kept overcoming, a determined perseverance guiding her steps.

If you told Lili when she was in her early 20s that she’d eventually raise four practically perfect children and an ever-growing gaggle of grandchildren, she would have laughed.

The Argentine-born socialite immigrated to Houston, Texas, when she was a small child. Her fierce determination was evident early on, as she applied to the prestigious Rice University and entered their architecture program.

“I was part of that generation that was the turning point generation,” Lili said. “Up to then you went to college, not so much for degree, but what we call the M-R-S degree, but that wasn’t my thinking.”

“Before we showed up in college, we were supposed to read a few books for discussion,” Lili continued. “No. 1 of them was Betty Friedan’s The Feminine Mystique, and she’s the one that opened up the whole feminist moment really. She’s the one that asked the question as you’re sitting there, rubbing your dirty dishes, ‘Is that Is that all there is?’ She really started all that going. So, I went [to Rice] with that mindset. I’m going to be an architect of note.”

When Lili began her architecture program, she was one of three woman among 45 men. By the time she graduated, she was the last woman standing with 25 men.

“The 1960s were such an interesting time,” Lili said. “So many changes happened then, some good, some not. The whole idea of making love not war, and the hippie movement.  …”

“I traveled to the beat of a different drum, can’t you tell by the way I run, every time you make eyes at me,” Lili continued, quoting Linda Ronstadt. “I’m not going to settle down for anybody who’s going to just want that from me. And so, women had that kind of so-called liberated attitude at the time, and I bought into it a little bit.”

During this time, Lili met Ted Baehr. For several months, every few weeks, Ted had been dreaming of Lili, but didn’t know it was her, and was dating other women throughout the time. By the time they miraculously met when Ted’s partner told Ted in Houston that he had met the woman in Ted’s detailed dream, Lili still wasn’t sure she wanted to settle down. She went to visit Ted in New York and never returned.

Lili said she initially didn’t want to get married, but after several years, Ted had asked her father for her hand in marriage. When Lili’s father approved, Ted and Lili tied the knot.

“Almost immediately, he found God in the right place,” Lili said of Ted’s spiritual journey. “He found God, and I just had to see that it was real, you know? And then, of course, my understanding is different because he helped me see to the core what was important and what wasn’t, and how fabulous and how simple and how radical the Gospel is.”

The couple then decided to use their gifts for God’s Kingdom and founded Good News Communications.

“We started with Good News Communication, the idea that we would use whatever gifts we had in the film industry or whatever to make films for ministries and do other things.”

Ted got a job at Trinity Church on Wall Street in New York so he could attend seminary, and the couple began taping the services. They then developed a local PBS program where Ted would interview guests like Madeline L’Engle. Ted and Lili’s popularity grew, and soon they were invited to use their skills around the world from countries as varied as Israel, Japan and South Africa.

The couple also created the video resource guide, with many more books to come (38), several TV programs, and many grand events, including the Annual Faith & Values Awards Gala & Report to the Entertainment Industry. Lili also created the wonderful show for the New York Historical Society and location managed and associate produced an Italian movie which has become a cult classic on the internet. Ted and Lili had their hands full with work, but Ted suggested a baby.

“So, I’m 34, I had my first child, Peirce, there,” Lili remembered. “And I have to say, my life changed completely. At the same time, when I look back on it, the best thing I ever did, the best thing I’ve ever done in my life, it was four children, who have now expanded to 15 grandchildren. That was the only thing of true value in my opinion.”

The family moved to Atlanta, and Lili began to enjoy the change of pace compared to New York – especially the high regard for motherhood.

“Don’t ask me what was fashionable in 1980s or 1990s. I had no idea. Don’t ask me what music was popular. I have no idea. It was just complete focus [on parenting]. I was doing that as well as helping out with the ministry.”

“We started with the idea of just trying to be helpful and revive the moribund Protestant Film Office by influencing the Hollywood Entertainment Industry and by helping families choose the good.”

The Baehr family decided to move to Los Angeles to be closer to Hollywood where Ted’s mother and father had been Hollywood stars with his father receiving the box office award in 1936.

“The matter is, I didn’t want to go, but through all of that, God was so gracious to me. He opened up the doors, He made it all possible,” Lili said.

Lili has now chronicled much of her wisdom in an upcoming book which she finished just before her death.

“My book is on parenting actually, of all things,” Lili said. “Not that I don’t have an opinion on my ideas, about things I want to do. Hopefully God gives me a miracle and I can impart joy in the adventures of parenting. Yes, there’s a lot of struggles, there’s a lot of tiredness, and all that kind of stuff.”

“Don’t create your own walls. Go for what you want. Don’t think that you can’t get there from here. Have joy in the journey. You know, it’s a matter of attitude, and you have to choose to believe that you can do it. I want to impart that, the joy of parenting, the joy of children, the joy of life, the joie de vive.”

Lili passed on to gain her glorious restored body in the Kingdom of God on May 5, 2022.

Her four children and their spouses surrounded her as well as her 15 grandchildren. Her minister read Revelation and her daughter-in-law played Amazing Grace on the harp, her daughter Evelyn remembered: “Soon after she she heard the words ‘was blind but now I see,’ she took her last breath. Now, she can see; she is pain free; she is finally healed!”

Her son Peirce said, “She seemed to breathe her last breath when the minister was reading the passage in Revelation about new life. Though her actual last breath was a bit later. In so many ways, it couldn’t have gone more beautifully. And it was ‘all God’ that everything came together so amazingly.”

Her son James noted, “Mother was an artist who made her life a work of art. It was the honor of a lifetime to hold her hand as her Work of Art on earth ended.”

Her son Robby said, “to know Lili Baehr is to love her. She was my friend, fellow optimist, and an incredible creative. I loved her so much!”

Her daughter Evy noted, “We mourn, but every day we will carry her wisdom, encouragement and love in our hearts and minds. And all who know her will do the same, as she was the great encourager.”

Her husband, Ted, said, “God miraculously brought Lili and me together. Lili was and is beautiful, brilliant and strong willed. Every step journey was engineered not by us, but by God. The whole journey was so unique and so wonderful and so intense that it sounds like a script for a big budget movie, but it was not a script, it was real life. I credit Lili with more of an influence, more wisdom, more knowledge, and more beauty than anyone could possibly imagine, and who is the miracle. Her whole life is a gift from God that deserves to be celebrated.”