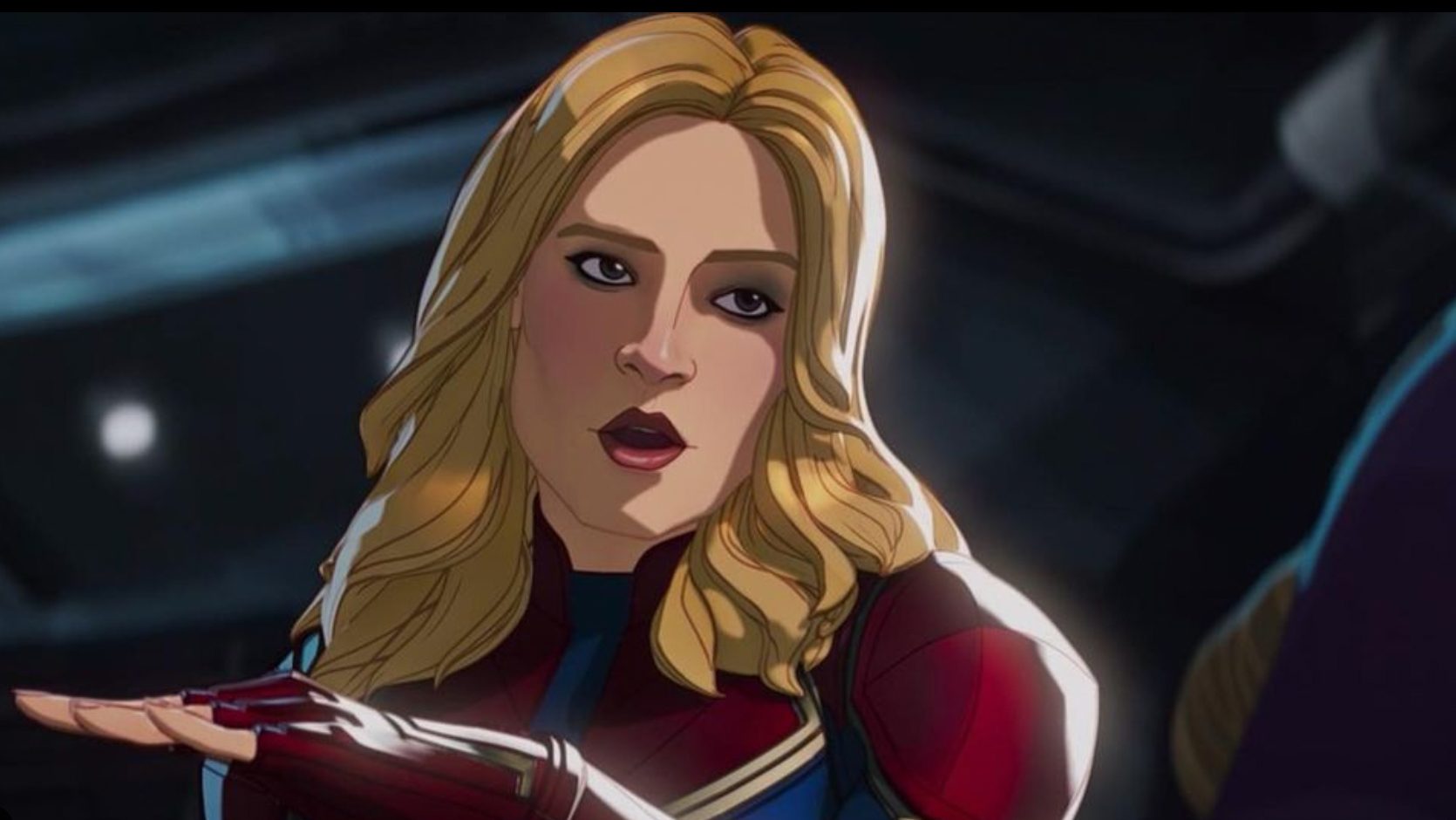 Marvel continues to expand its content beyond movies with new series like WANDAVISION, LOKI, THE FALCON AND THE WINTER SOLDIER, the upcoming HAWKEYE, and their new animated series WHAT IF…?

The new series, which debuted in August, features returning voices of many of the beloved Marvel Cinematic Universe (MCU).

However, fans were surprised to learn that one of the characters that did not keep their live-action actor was Captain Marvel.

In 2019, Brie Larson made her MCU debut portrayal of the superhero in CAPTAIN MARVEL. But the actress did not return to voice the character in Marvel’s WHAT IF…?

WHAT IF…? features a narrator, voiced by Jeffrey Wright, who tells viewers about possible alternate realities featuring the MCU’s favorite characters.

Taking up the acting role for Captain Marvel was Alexandra Daniels. Daniels recently discussed the role with her friend Lilah on Twitch.

“When I auditioned they were looking for a Brie Larson voice double. So they sent a clip of Brie Larson from the movie and I was like cool, I can do that and I did it and like a month later they were like you booked it,” she revealed. “And that was my first voice over job ever. I thought I was going to just be like Brie Larson’s voice double, I’m not going to get any credit, they’re going to say it was her.”

“Until the day the first episode came out and it had my name, my agents were like you can’t talk about it, you can’t say anything, you cant promote yourself, you can’t do anything until we see it’s you or Brie Larson,” she added. “And there I was with the likes of Samuel L. Jackson and Mark Ruffalo and I was like OK this is cool, this is not a thing I expected for my life.”

Daniels noted that her experience recording the voice lines had unique challenges.

“Because it’s Disney, they don’t give you the episodes, they just give you your lines, well, my scenes […] and then you’re in a big room, a giant sound studio, and it’s just you standing there and they hadn’t done any of the animation yet so you’re like thinking about what it was gonna look like in your brain, imagining how they wanted it to be and wingin’ it,” she said. “One of the producers was like this is the part where Thor takes your head off with a hammer so if you could make that noise…”

Despite little time for preparation, Daniels said the director, Bryan Andrews, encouraged her to explore the character.