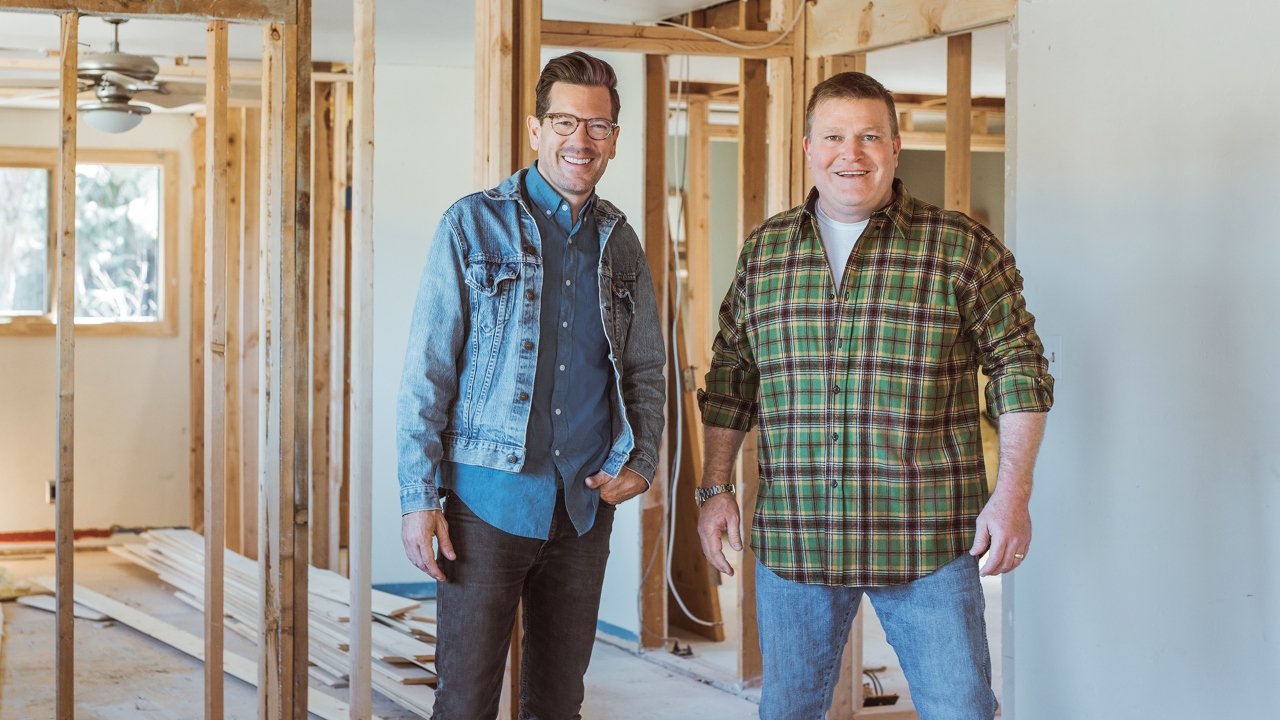 Before their days on HGTV, Luke Caldwell and Clint Robertson were the Boise Boys, opposite personalities who found commonality in their desire to serve their community.

Now, their desire to serve is broadcast to a bigger market through OUTGROWN, the latest show on the HGTV lineup that premiered earlier this month.

“We both love our families, we love our city, we want to help people,” Robertson told Movieguide®. “Even though we are polar opposites in a lot of ways, we row the boat in same direction of essentials of families, love for our town, love for people around us. People will forever be our friends.”

Caldwell is a designer while Robertson is a contractor. Together, they renovate homes for families whose needs have changed over the years living in their homes. For both Caldwell and Robertson, it’s an opportunity to put serving their neighbor front and center.

“[HGTV said] ‘The more we got to know you guys, we realize how much family is important to you,'” Caldwell told Movieguide®. “‘It’s so neat to see your families helping other families, solving other issues.'”

Faith is also a common denominator between the duo. Robertson was the son of a deacon, and Caldwell grew up as a pastor’s son. The church played a central role in their upbringings and how it inspires them to live their lives and teach their families.

“I feel everyone deserves to be heard and served,” Caldwell said. “That’s what I’ve learned from examples I’ve looked at and want it in my life and family. I want great opportunities to serve people and share love to people. It truly is more powerful to give than receive. Our motivation is not to make money or for people to think we are cool. We love the opportunity to serve the community and show love on a day-to-day basis. At the end of the day, it’s all about people and how you treat them. Both Clint and I try our best to be an example to our family and the people we come into contact with.”

Robertson said one of his greatest faith lessons came through the death of his earthly father. Robertson said his father was a teetotaling Baptist deacon who never took a drink in his life. However, after a surgery, Robertson’s father became addicted through painkillers and ultimately died in his addiction.

“God showed me through all that, what was meant for evil, He uses for good,” Robertson said. “When you live life as selfish, you have a safety net where nothing can go wrong, but you find yourself at the end going, ‘I really do have one Father who loves me, who is greater than my earthly Father.’

“In Matthew 6, when God says, ‘Seek first His kingdom and all these things will be added unto you,’ He means it. It is a rat race with people tying to make money or get a better job for more money, but to what end? When you have peace, you know He is our provision. There is no selfishness, and that’s why we gotta serve others.”

And that’s why Robertson and Caldwell are using their skills to minister to their community.

Watch Robertson and Caldwell in action on OUTGROWN on HGTV on Saturdays at 8/7 CT.