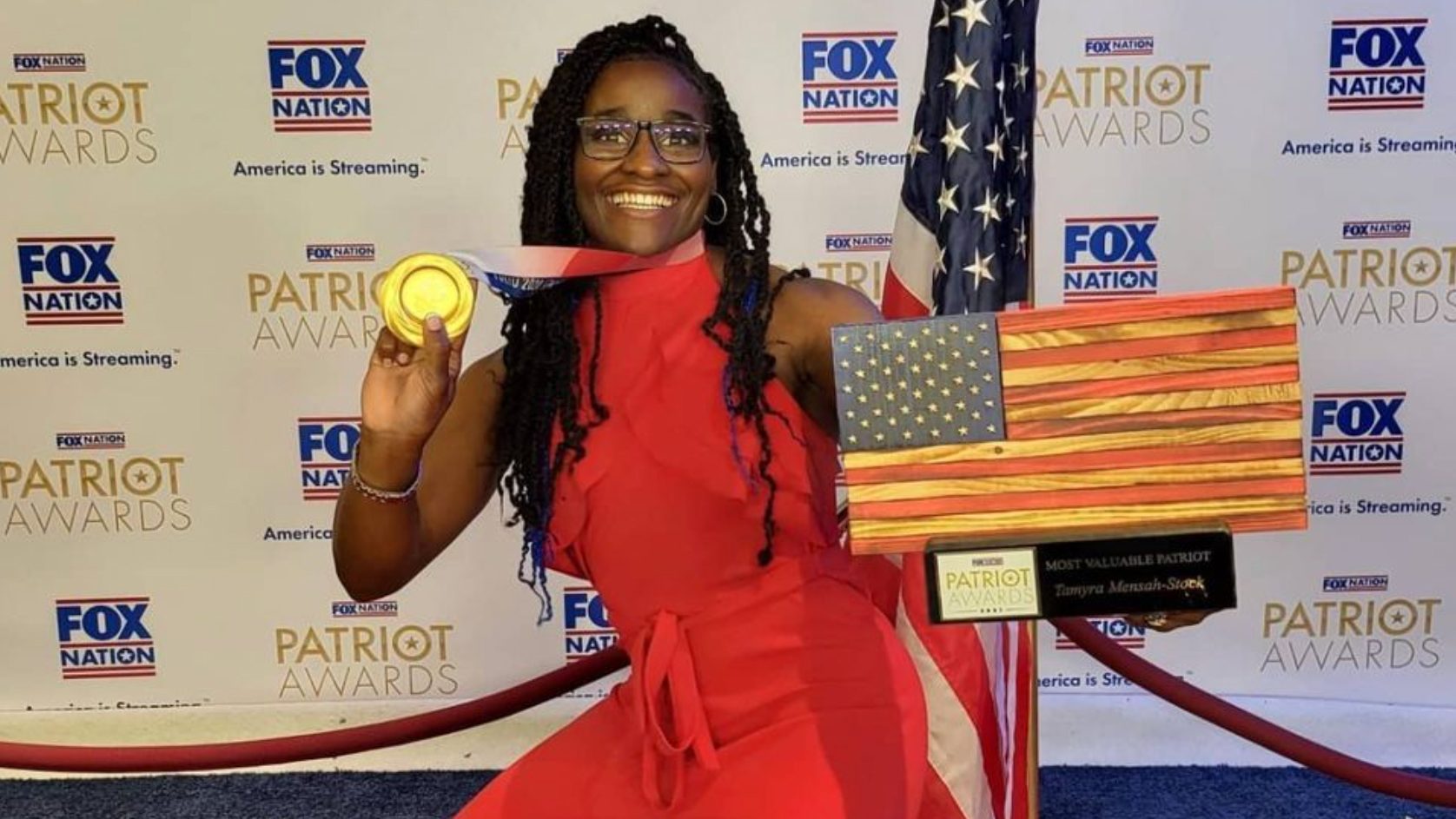 Olympic wrestler Tamyra Mensah-Stock did not slow down after winning the gold medal in women’s freestyle wrestling in Tokyo. Mensah-Stock went viral during the Olympics for giving glory to God while draped in the American flag.

Mensah-Stock recently earned the “Most Valuable Patriot” award at the Fox Nation Patriot Awards for her love for America.

“My father’s an immigrant. I made a way for myself,” the Olympian said. “I was taught to love my country. So I’m here representing the U.S.A.”

American Olympic wrestler Tamyra Mensah-Stock thanked God and her country after winning her first gold medal in the Tokyo Olympics.

“Of course I surprise myself,” Mensah-Stock told reporters. “It’s by the grace of God I’m even able to move my feet. I just leave it in His hands and I pray that all the practice … my coaches put my through pays off and, every single time, it does.”

The athlete expressed how proud she is to represent the U.S. in the Olympics.

Mensah-Stock became the first black woman to win gold in the freestyle category but gave glory to God.

“I wouldn’t be here without my faith, my family and my friends,” she said.