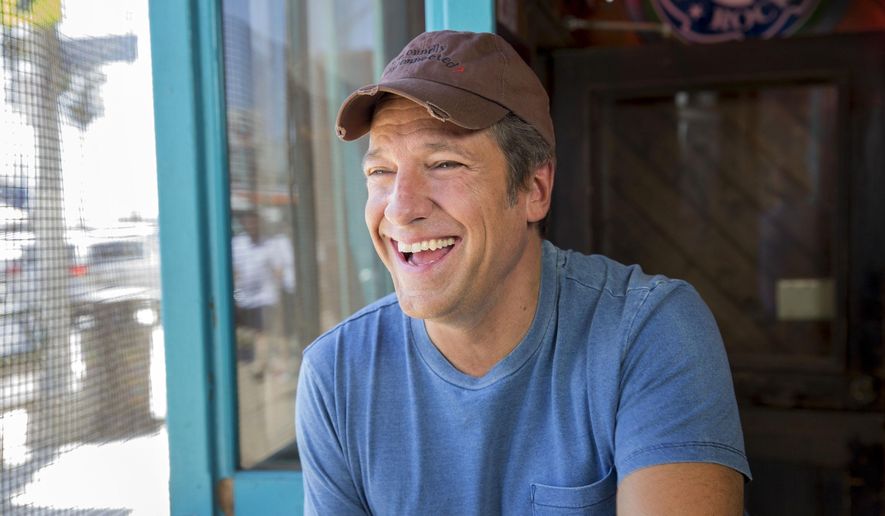 This winter, audiences of Trinity Broadcasting Network (TBN) will make themselves familiar with Mike Rowe. His 13-episode series titled SOMEBODY’S GOTTA DO IT airs at 9/8CT on the first Sunday of December. Rowe’s most popular credit, DIRTY JOBS, ran from 2005 to 2012 on the Discovery Channel. Rowe also dabbles in acting and directing as well.

SOMEBODY’S GOTTA DO IT reveals a range of career professionals working in their field. Through their daily routines, audiences will unearth the reasons behind why each person chooses to work; whether it be passion, money or zany interest. The series originally aired in 2014 on CNN but has undergone some revisions that revamp its content.

Yet, with the move to TBN, many in the media circuit find fault in Rowe for the switch. Some claim the move from secular to religious network demonstrates that Rowe has some sort of money or political agenda.

One person wrote to Rowe stating, “A huge part of our population prefers to keep their head in the sand about what is really happening in America, and you have figured out a way to profit off one of the only things that tugs at their heartstrings.”

Rowe published the comment on his blog, and responded with decorum;

“Hi, Jeff. Thanks for your feedback. I appreciate it…in my opinion, a huge part of our population is not only informed about what’s happening in America, they’re sick of hearing about it 24/7. They’re tired of grandstanding journalists and elected officials whose only priority is to remain in power. They’re tired of comments in their newsfeeds from friends and coworkers who assume that everyone in the country who disagrees with their view of the world is an idiot. They’re tired [of] being shown over and over what makes us different, and desperate to be reminded of that which unites us. I also understand that many are skeptical of religion and suspicious of anything that resembles televangelism. I get it. The world is full of hypocrisy and opportunism, and religion is hardly immune. But that doesn’t change the fact that a huge part of our population wants to see something that reaffirms the existence of decency. Modesty aside, SGDI does that. Regardless of where it airs.”

Obviously, Rowe knows people can find anything to attack. Thankfully, Rowe is not ignorant of both political and media related affairs. Rowe’s outlook on current issues is refreshing and shows a display of awareness that many often lack. Year after year, Movieguide®’s Report to the Entertainment Industry show’s that more audiences want redeeming content rather than invasive and destructive content

Inasmuch, SOMEBODY’S GOTTA DO IT hopes to invigorate audiences that are concerned about the political and moral climate of the U.S. Rowe’s intention is to shed a positive light on the working class. Yet, he always aims to argue from the ‘middle’ because he says it’s too “easy to preach to the choir, it’s easy to throw red meat to the lions.” Rowe doesn’t want to overtly pick a side when filming but wants audiences to evaluate the content through their own lens. For most Christian audiences, SOMEBODY’S GOTTA DO IT will show a glimmer of hope and optimism for the future.

Rowe also said that “by and large, if you commit to telling the story you find, you are going to find people who have an element of faith in their life.”

Along with filmmaking, Rowe also has an organization that serves individuals to feel confident in their career choices. His website states, “The mikeroweWORKS Foundation is a 501(c)(3) public charity that rewards people with a passion to get trained for skilled jobs that actually exist. As CEO of the Foundation, Mike Rowe spends a significant amount of time speaking about the country’s dysfunctional relationship with work, highlighting the widening skills gap and challenging the persistent belief that a four-year degree is automatically the best path for the most people.”