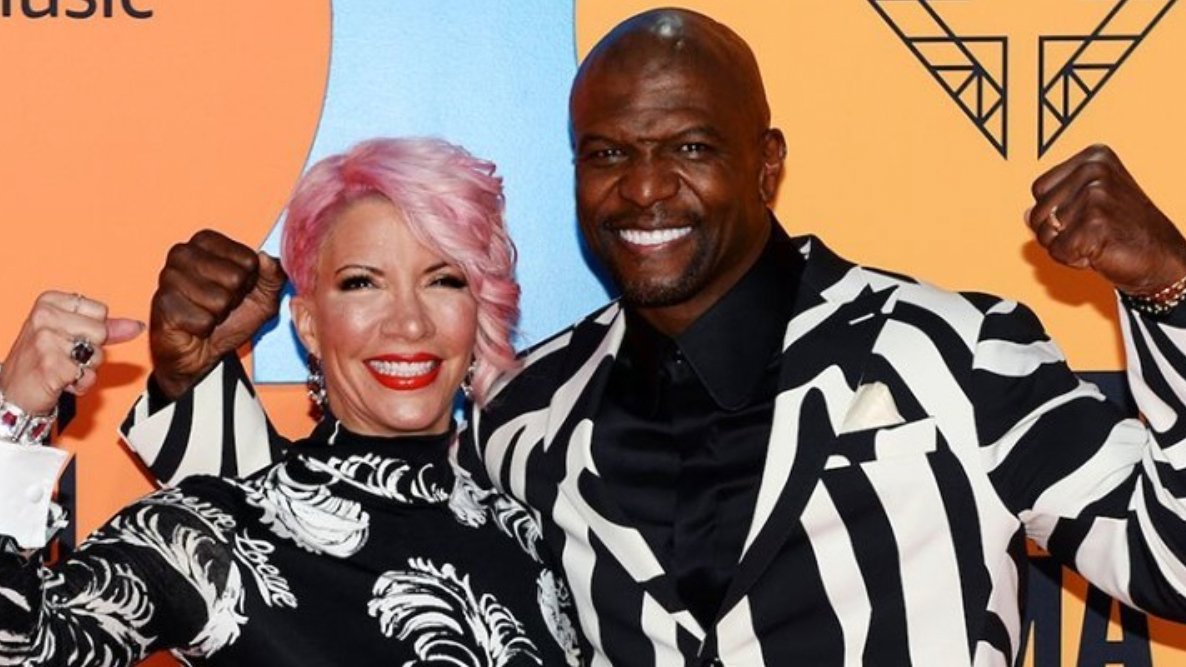 Rebecca Crews, wife of actor and former NFL player Terry Crews, recently reflected on a dark time when she thought her marriage was over.

“My husband and I had gone through a really bitter breakup, and we were trying to rebuild our marriage when we got into a verbal fight,” Rebecca recalled. “I’d always had these inner fears of rejection and abandonment, and so often, when we would fight, my husband would grab his things and leave. He would abandon me there with all my feelings. And it would always leave me in this frozen, fearful state. I would sit there, holding my breath, rocking in the chair with my pillow because my greatest fear was him leaving me. I couldn’t pray. I couldn’t talk. It just was this bitter dark void that I could not find expression for.”

When Terry was out, Rebecca would mourn until she turned her grief into prayer.

“God, what do I do?” Rebecca remembers praying. And the Lord answered, “Write, Rebecca.”

“My hands instantly fell to the keyboard, and the song ‘Breathless’ came to me in about 10 minutes,” the 55-year-old speaker and author shared. “That started a journey with my writing, where I write whatever is going on in my life. I write about some of the pain that I’ve gone through, write about some of the things people have shared with me, their stories of heartbreak — and God’s faithfulness.”

The couple opened up about how that affected their relationship in their book, Stronger Together.

“I believe that I should respect, reverence, and allow my husband to lead our family,” Rebecca said. “I do not, however, believe I’m supposed to be a doormat. And in many ways, I was. And there was abuse in my family that allowed me to be codependent and abuse in his family that gave him a chip on his shoulder. And at the time, the church didn’t help, because sometimes the church can be so accommodating of male failure and expecting the wives to look the other way by forgiving.”

However, the Lord worked in the couple’s pain, and Rebecca said they are “stronger than ever.”

“Today, I look at my husband, and I always say he’s a better man than me. He took hold of the Word of God, and he took hold of the Scriptures, and he just ran with all his might,” Rebecca said. “He said, ‘God, I don’t want to be like this anymore.’ And He amazes me every day. He really is the kinder, gentler version of Terry Crews because he let God do a work in his life.”

Rebecca added, “We are by no means perfect, but I love the relationship we have today. It’s free from fear.”

Rebecca recently released a new single called “Reachin’ for the Top” ahead of her upcoming album.

“I became a Christian at 17, and have always wanted to do something that would just allow God to use me,” she said. “And I never thought it would be this way, but I’m very thankful because this is another fulfillment of a dream.”

“Music is in my DNA. Music isn’t a new thing for me; it’s just that many people don’t know me as a musician because I took a break from performing to raise my family,” she continued. “I really felt like God telling me just to raise my family, so I just continued to sing in the church choir as I raised my kids.

“There is no time limit on dreams,” she said. “I’m continuously amazed and surprised at the goodness of the Lord because He keeps bringing my dreams to life. And that’s a trajectory that we see in Scripture; Sarah was 100 years old before she had a baby. God made her a promise, and He fulfilled it. Sometimes, the longer you wait, the more precious the thing is.”