"Fabulous, Flawed and Filled with Wit" 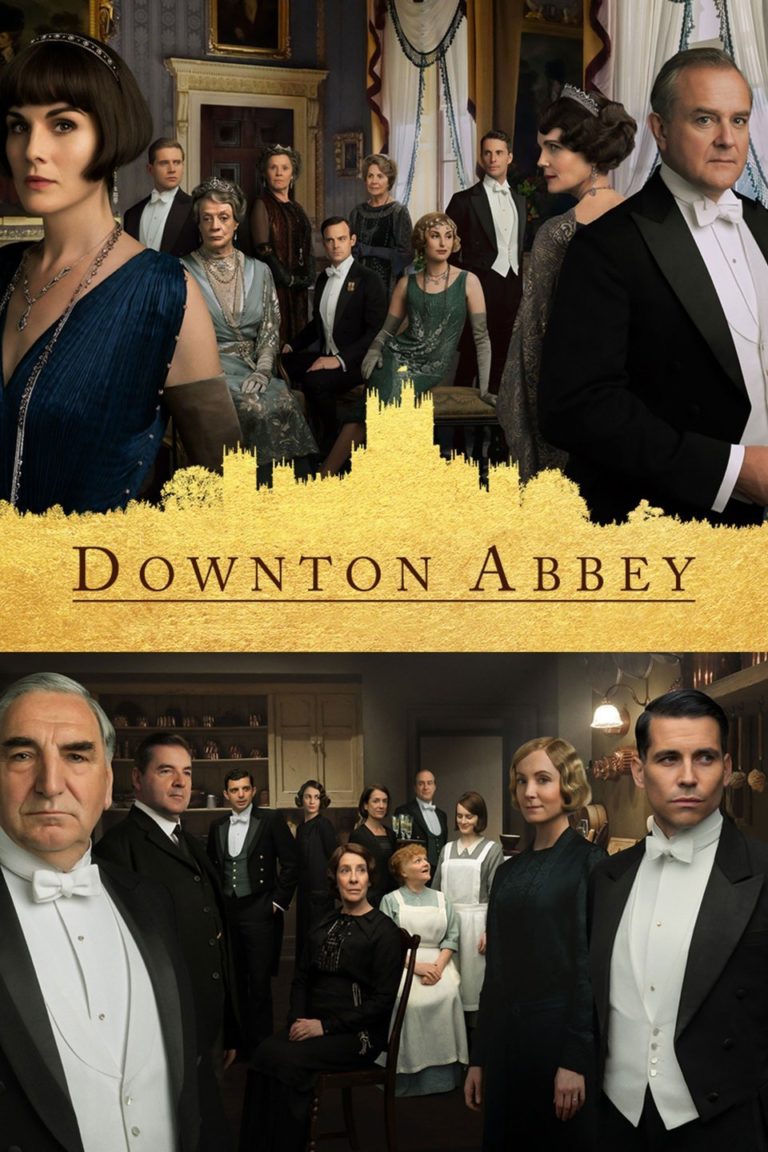 In the period movie, DOWNTON ABBEY, characters from the television series return. In 1927 in England, the Crowley family and their servants prepare for a visit from the King and Queen of England. The movie follows the dynamic of the servants versus the Crawley family and the intricacies between the groups. Conflicts arise when the servants are told the royal servants will replace them when the royal couple arrives. Meanwhile, the family matriarch worries about an estranged cousin, and there’s a plot to assassinate the King during his visit.

DOWNTON ABBEY is a superior adaptation of the TV series. It captures the beauty of the English countryside and the home itself. The movie’s pacing is fast but ultimately satisfying. Viewers need to pay close attention, though, because the dialogue is filled with lots of British wit. DOWNTON ABBEY maintains a strong moral worldview stressing family loyalty and marital reconciliation, with some positive, overt Christian elements. However, the movie is marred by some homosexual references and a homosexual servant working for the family and some immoral behavior such as lying, trickery, stealing, and blackmail and drugging somebody else's drink.

(BB, CC, HoHo, Co, L, V, S, AA, MM):
Dominant Worldview and Other Worldview Content/Elements:
Strong moral worldview with emphasis on family loyalty and marital reconciliation, with strong Christian elements, including sacrifice is extolled, characters thank the Lord, a few instances where characters assert that God will control the weather to fit their current needs, prayer, and a comment that “God is a monarchist,” marred by some strong homosexual references regarding homosexual servant who meets another man at a pub that turns to be an underground illegal club, and they get arrested, plus characters who both oppose and support the British monarchy are represented, but ultimately the monarchy is held in higher regard, and a quick joke about a maid being a communist
Foul Language:
A few British slang terms that represent frustration such as “heavens” and “blimey” and “bloody,” one “My God”
Violence:
Character tries to assassinate someone with a gun, and some roughhousing results
Sex:
Two men kiss, two homosexual men are arrested for visiting an underground, illegal homosexual pub, a couple has a child out of wedlock, and some heterosexual kissing
Nudity:
No nudity but characters appear in their nightgowns, which some might find look too close to lingerie
Alcohol Use:
Characters drink alcohol over dinner and cheers, scenes in a pub and some characters are a bit tipsy
Smoking and/or Drug Use and Abuse:
Character puts sleeping medication into characters' tea;
Miscellaneous Immorality:
Strong miscellaneous immorality, most of which gets resolved, such as lying, trickery, marital discord, references to luck, Character puts sleeping medication into characters' tea, a person jokes that another person should be committed to an insane asylum and put in a strait jacket, stealing, characters lock others into their rooms for an evening without their permission, and blackmail.

DOWNTON ABBEY picks off where the PBS series with the same title ended. Set in 1927, the Crawley family of Downton Abbey must prepare for a royal visit from the King and Queen of England. The servants of Downton are excited to serve their majesties but are told that the royal servants will replace them upon the King and Queen’s arrival.

To ensure the chaos is handled with care, the eldest Crawley daughter, Mary, enlists the help of Mr. Carson. Previously, Mr. Carson ran Downton as the butler, but Mr. Barrow, who was a footman, is now in charge. There’s obvious tension when Mr. Carson comes out of his retirement for this occasion.

Mr. Barrow, who’s a homosexual, takes his leave of Downton for the royal visit and explores the village when another man invites him to share a drink with him at a pub. Unknown to Barrow, the pub turns out to be an underground homosexual pub and this gets him into some trouble because being homosexual is against the law.

Meanwhile, Downton’s matriarch, Violet Crawley, worries that Maud, an estranged cousin will join the King and Queen on their visit. Maud intends to bequeath her fortune to her handmaid instead of Violet’s son, which has created a falling out between the two ladies.

Tom Branson, the husband of the youngest Crawley daughter, who died, has his eye on an Irishman who plots to assassinate the King when he comes to Downton. Mary is suspicious of his intentions because of his aversion to the English royalty but is ultimately confident that his family loyalty will keep conflict at bay. To top it off, Tom starts to fancy Maude’s maid, Lucy.

Lady Edith, the middle Crawley daughter, returns to Downton with her husband. Edith suspects she might be pregnant, which throws a wrench into her husband’s military plans with the king. Like Lady Edith, Daisy, the assistant cook, struggles with her relationship with her fiancée, who gets jealous of her interaction with a new worker on the property.

Mrs. Bates, Mary’s maid, discovers that the queen’s seamstresses is stealing from each of the rooms at the abbey.

The bulk of DOWNTON ABBEY follows the same dynamic of the servants versus the Crawley family and the intricacies between the two groups.

DOWNTON ABBEY is superior in quality. The cinematography is stunning with several bird’s-eye view and wide shots that capture the beauty of the English countryside and the abbey itself. Viewers need to pay close attention as the dialogue is filled with English wit. Also, the pacing of the movie is very fast but ultimately satisfying. Fans of the series will walk away with a sense of contentment.

DOWNTON ABBEY maintains a strong moral worldview with emphasis on family loyalty, marriage reconciliation and sacrifice. Additionally, Christian elements like prayer and looking to God are present, but the movie showcases homosexuality in a revisionist history way. These elements, some alcohol use and strong miscellaneous immorality, MOVIEGUIDE® advises extreme caution for DOWNTON ABBEY.