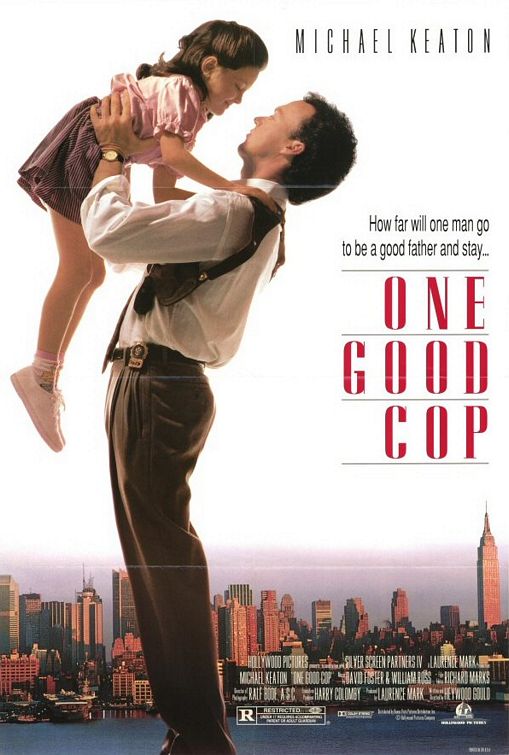 A NYC police detective suddenly finds himself father to the three young daughters of his killed-in-action partner. ONE GOOD COP has several positive references, including statements about "going to see Jesus" when a person dies, but unfortunately, marred by obscene language and unnecessary violence.

With a title like ONE GOOD COP, you might think that all the others will be bad. That is not the case at all, in this mildly suspenseful tale about a NYC police detective who suddenly finds himself father to the three young daughters of his killed-in-action partner.

Having been left legal guardian of his widowed partner’s kids, Detective Artie Lewis and his wife Rita are simply not ready for the “Where is my Daddy?” questions. The girls’ late-night crying spells and bad dreams soon turn Artie’s and Rita’s lives upside down, but Artie refuses to put the girls in a church’s temporary shelter, even though there is little room in their tiny apartment.

A desperate Artie finds he must take drastic action so that he and his wife can adopt the kids and move into a house. The question arises: Will Artie abandon his principles in order to provide for his new family, or will he remain “one good cop?”

Artie unwisely chooses the former, by robbing a drug dealer in order to buy a house, but his wife sees through him and asks, “What have you done?” “Something that can’t be undone,” he replies. Artie anonymously leaves the rest of the money with the priest who runs the shelter.

An undercover drug operative later informs Artie’s superior about the robbery, but before Artie can be confronted, he is nabbed by the drug dealer who plans to kill him. It’s the drug gang who get killed, though. Back at headquarters, Artie admits his wrong-doing and turns in his tin. “Not so fast,” says the lieutenant: the priest has returned the money, and Artie’s fellow detectives anted up their pay to replace what Artie used in buying his house.

Granted, this ending sugar-coats and glosses over the sin Artie commits because of his anger at the injustice he sees in the world. A more logical and realistic perspective would have been for Artie to rest in the Lord. Then the action could have been styled after Psalm 34:19. “A righteous man may have many troubles, but the Lord delivers him from them all.”

Still, there are positive points. The priest’s actions, for a change, reverse a trend that recently has portrayed the clergy in an antagonistic manner. In fact, there are even a couple of statements, made by the children as they struggle to grasp the realty of dying, of “going to see Jesus” when a person dies.

Also not seen in movies of this type in recent years, is genuine remorse on the part of a murderer. The killer in ONE GOOD COP expresses true grief for killing Artie’s partner, and for a while, the viewer wonders if this will be that type of novel film which, using just the one murder, will make us ponder the horrible consequences of such wrong actions.

This hope eventually fades, though, as the body count reaches five by film’s end. What inferior filmmakers fail to understand about the action genre is that violence defines the existence of these characters and illuminates different aspects of their personalities. Action that is not consistent with character is gratuitous and pointless. Furthermore, there is an instance of substance abuse and close to 40 obscenities or profanities in ONE GOOD COP, which also detract from the film’s effectiveness.