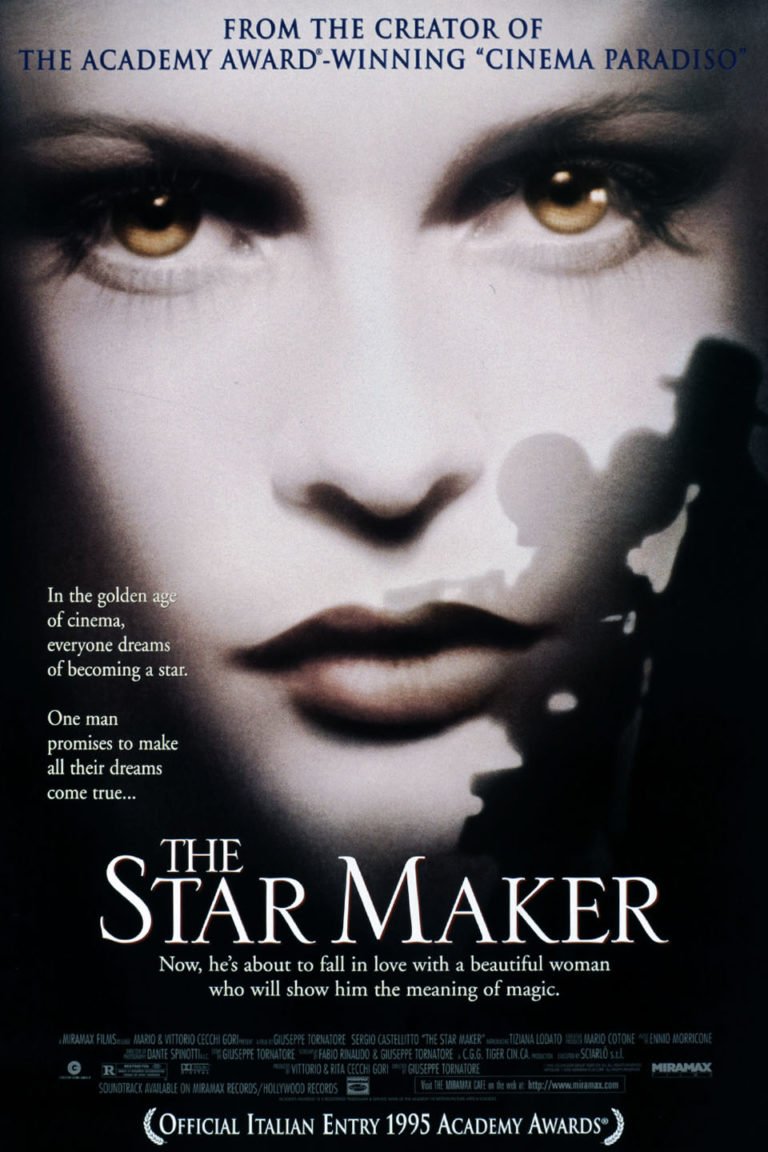 THE STAR MAKER is a well-crafted story of the inhabitants of 1953's Sicilian countryside, and the charlatan who seems to bring a ray of hope into their quietly despairing lives. Infused with an almost documentary-like feel, the film succeeds with a well-written script and superb cast. However, sex and violence are graphically depicted in this tale of forgiveness and redemption.

Traveling the Sicilian countryside of 1953 in a beat-up truck filled with movie equipment and cannisters of film, Joe Morelli in the movie THE STAR MAKER enters town after town promising fame and fortune. A screen test for Universalia Studios may give them money and a way out of their dreary lives. He tells them to just say a few words from GONE WITH THE WIND and their test will be sent to Rome to be viewed by famous directors looking for new talent. From town to town, Morelli hears from people from every walk of life — all desperate for a smidgen of the hope he offers. A woman who cannot afford the test for her young daughter offers herself to him as a prostitute. A troupe of thieves try to rob him, yet wind up paying for their screen test. Eventually, Joe’s past catches up with him, and he faces a certain reckoning.

The story of a man’s redemption, THE STAR MAKER succeeds on several levels. The cast is superb, and the plot is not quick or peppered with action, yet engages the audience through its strength of character and the quality of its story. It can also be rather stark in places, however. A graphic beating by the mafia, graphic sex scenes and even a dead body floating down river. Nevertheless, several positive references are made to God, to heaven and especially to forgiveness