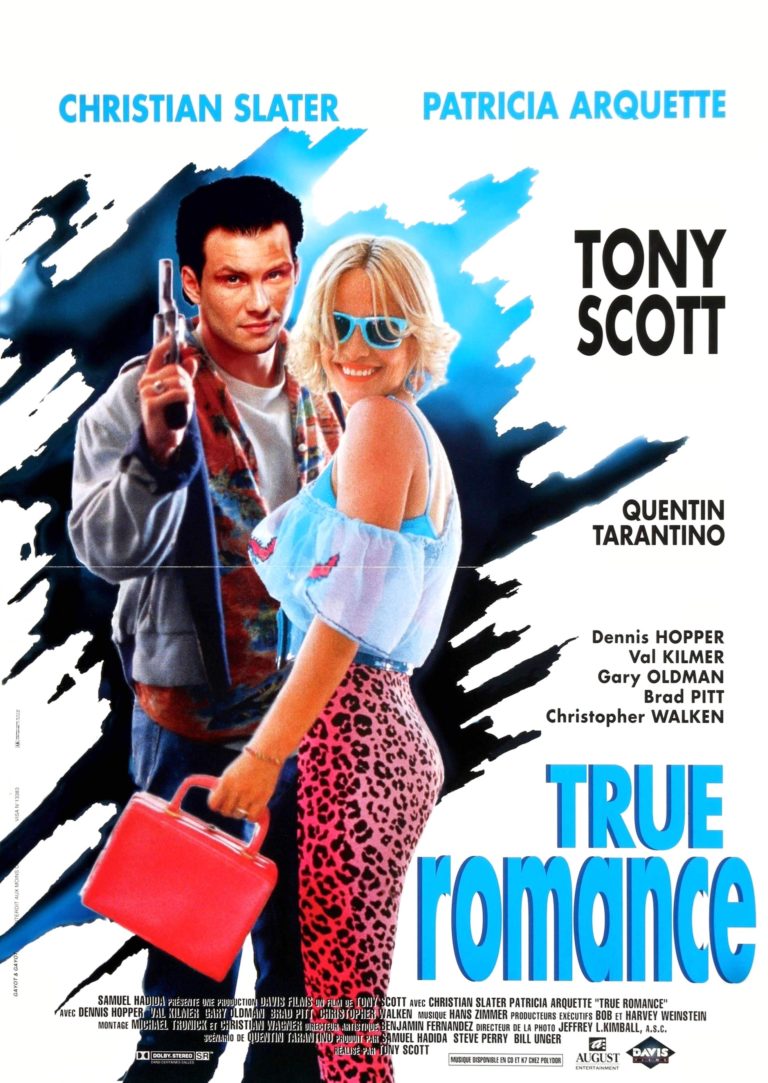 TRUE ROMANCE is an intensely violent and morally offensive movie that has absolutely nothing to do with either TRUTH or ROMANCE. The film contains absolutely no redeeming value whatsoever and is overflowing with obscenities, profanities, racial slurs, bloody murders, merciless beatings, prostitution, fornication, nudity, substance abuse, and murder viewed as "romantic" by female lead character.

Christian Slater continues to perform his usual tired, and rather poor, imitation of Jack Nicholson in his latest film, TRUE ROMANCE. Also starring Patricia Arquette, this film is an intensely violent and morally offensive piece of trash that has absolutely nothing to do with either TRUTH or ROMANCE. The film portrays a totally amoral worldview and contains absolutely no redeeming value whatsoever. Slater plays odd-ball loser Clarence Worley, an attendant in a music and comic book store who has an Elvis fixation and very low standards in social relationships. Arquette plays novice-prostitute Alabama Whitman, the typical Hollywood-cute, fun-to-be-with (yet emotionally vulnerable) street-hooker, having very little intelligence but holding to her own personal moral code. Sound familiar? The story is just as tired and overdone as the characters themselves, and equally as offensive.

TRUE ROMANCE is only adequately photographed, the acting is mediocre (Slater slurs and squints, while Arquette simply giggles and bounces) and the soundtrack is disappointing (featuring lousy covers of past-popular Rockabilly songs). The film is also totally predictable, totally offensive and not recommended for anyone short of an axe-murderer.