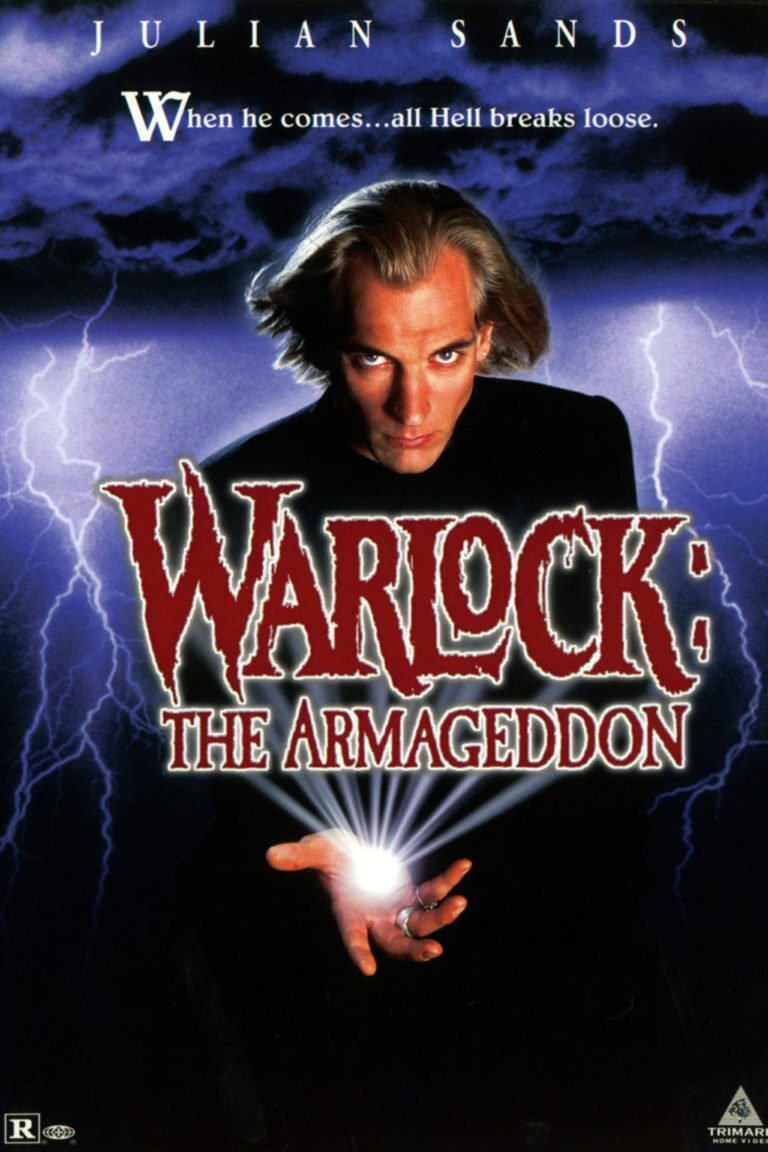 In the incredibly bad (both in terms of morals and productions quality) WARLOCK: THE ARMAGEDDON, the son of Satan comes back to earth to effect the release of Satan from the pit. Movie advertisements promote the film as a story about the son of Satan coming to earth to wreak havoc, but because the film is based on unbiblical ideas, it builds a faulty belief in the power of evil and the moral compass points to all directions except the right one.

(Ab, Ho, L, NN, NA, O, S, VVV) Willful disregard for the Revelation account of the end of time; a priest shown fearful and impotent in faith; a son shot by his father so he can be resurrected as a Druid warrior; lesbianism; 5 obscenities & no profanity except the hateful way the writer regards God; modest nudity; premarital sex between teenagers is implied; pagan rituals & the quoting of false "scripture" throughout; and, graphic violence, disproportionately directed toward women.

WARLOCK: THE ARMAGEDDON is advertised as a story about the son of Satan coming to earth to wreak havoc. However, in the Bible there is no son of Satan, born without the union of man and woman. In the story, Druids protect the earth until, every 600 to 1000 years, a son of Satan is born who works to release Satan from the pit of Hell. The key for the son of Satan to unlock his father from the pit of Hell is for him to collect six widely scattered runestones that various people have in their keeping, who incidentally, meet with their own gory deaths. Two young Druid Warriors hold the last two runestones which the son of Satan needs in order to unlock Satan, whom he calls “Lord.” By various potions, spells, telekinesis, and other magic, they conjure whatever strength and power they are somehow supposed to have in order to fight Evil.

Nowhere in the film is God Almighty mentioned, except in passing. Nowhere is the real power to fight Satan discussed. Far worse than a few profane words, the entire effort is profane. At one point, the son of Satan vitriolically dispenses this rhetorical question, “How can you have faith in a God who can’t even control creation?” The film hates God by its very existence…and apparently, the film hates women, too, judging by the evil treatment they receive in this despicable movie.