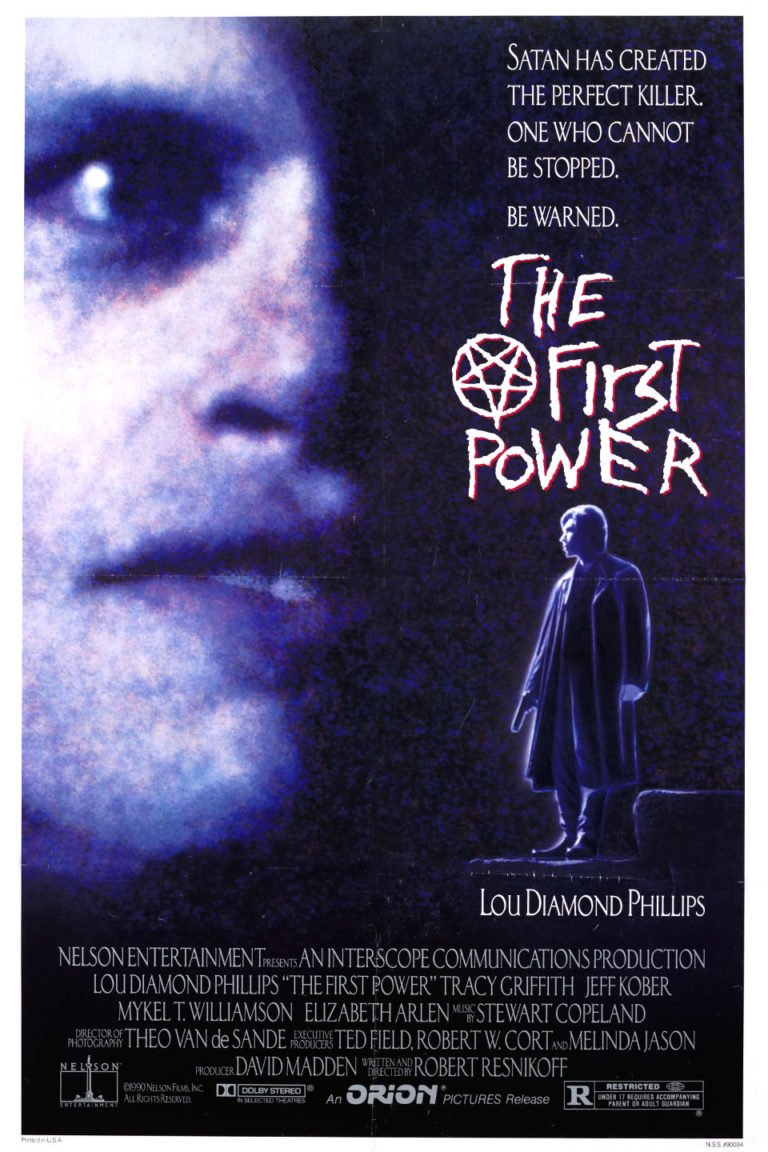 Specializing in solving serial killings, Los Angeles detective Russ Logan sends pentagram serial killer Patrick Channing to the electric chair. Logan then meets Tess, a beautiful “professional psychic”, who confirms that the pentagrams Logan sees appearing and reappearing and the voice he hears from out of thin air belong to none other than Channing, whose serial-killer spirit has come back from the grave as a “force”, with sinister powers far exceeding anything known to man.

Channing begins appearing to Logan behind the facade of other people, even as a priest to whom Logan goes, inquiring: “Can the spirits of the dead return? How can they be stopped?” Tess, meanwhile, who can “see” Channing commit murders before they happen, determines that they need to confer with a higher psychic — a certain Sister Margarite in the Catholic Church. At first, Margarite states that the Church doesn’t allow her to speak about such things, but then whispers that Satan has granted resurrection to one of his disciples — the “first power”.

After another murder, Margarite reveals a supposedly hidden truth of the Church. God and Satan each possess three powers that they can bestow: the first power of resurrection; the second power of being psychic; and, the third power of being able to take over a body. She lifts a crucifix fashioned-dagger of Jesus and says: “the only soul in history to possess all three.”

Channing, meanwhile, has grown stronger to the point of possessing bodies, but only those with a weak hold on reality, like an alcoholic, junkie, or bag lady. In a fiery underground sewer scene, Channing attempts to possess Margarite. As she battles him inwardly, Logan confronts him outwardly with secrets from his childhood. He finally plunges the crucifix/dagger into Channing/Margarite and destroys him, or does he? The film ends in a sequel set-up.

With its impressive acrobatic stunt work, special effects and trick photography, the film brings to mind the man of lawlessness doomed to destruction in 2 Thessalonians, who opposes and exalts himself over everything that is called God. Despite his impressiveness, the Lord Jesus easily overthrows him “with the breath of his mouth and destroy[s him] by the splendor of his coming” (verse 8).

Satan is elevated in THE FIRST POWER as God’s equal, Channing mocks the crucified Christ, God and His Son are blasphemed, and an egocentric faith in self is lifted up. This perverse theology combines the heresies of dualistic Manichaenism and docetism, both of which the Church rebuked over fifteen centuries ago. In contrast to those heresies, the Truth is that God is sovereign, all powerful, all knowing, imminent, and transcendent. Satan is a creature, created as we all are by God the Creator. Jesus is fully God and fully man, and He defeated once and for all the Adversary, Satan, on the Cross. Through good jeopardy and suspenseful moments, psychics, whom God abhors, are cast as heroes. This is a deception from the pits of Hell.

RECOMMENDED ACTION: Please rebuke this movie in Jesus’ Name and address your comments to: