"The Gospel Narrative in a Unique Format" 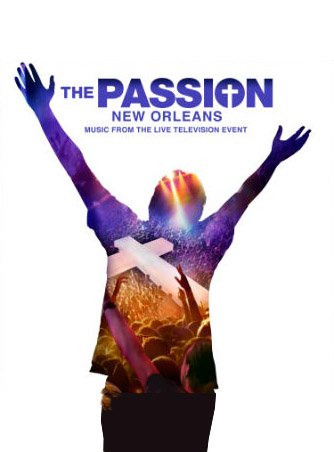 THE PASSION: NEW ORLEANS tells the story of Jesus Christ’s betrayal, death and resurrection in an unique format inspired by a Netherlands television event. Broadcast live, Tyler Perry hosts THE PASSION on a large stage set up in New Orleans, right next to the Mississippi River. Narrating the story of Christ, and setting up the context of where we’re at, the footage cuts to pre-recorded segments of Jesus and his disciples in modern getup at famous New Orleans landmarks. Among the disciples of Jesus are Michael W. Smith, Shane Harper of GOD’S NOT DEAD and the rock artist Chris Daughtry. All the while, a procession of people carry a 20-foot illuminated cross through the heart of New Orleans.

THE PASSION: NEW ORLEANS tells the narrative of the Passion story in a compelling, entertaining way. A few technical difficulties and directing decisions holds it back emotionally speaking, but song choices fit the themes and essence of the story quite well, especially Katy Perry’s song “Unconditionally,” which is the final performance after Jesus Christ’s resurrection. THE PASSION event is appropriate for the whole family.

(CCC, BBB, V, A) Strong Christian and Biblical worldview following the narrative of Jesus Christ’s betrayal, crucifixion and resurrection, with lines coming straight from scripture; no foul language; a description of Jesus’ crucifixion, a brief confrontation between the disciples and police after Jesus is arrested; no sexual content; no nudity; a scene that appears to take place in a bar; no smoking; no other immoral content.

THE PASSION: NEW ORLEANS tells the story of Jesus Christ’s betrayal, death and resurrection in a fairly unique format inspired by a Netherlands television event.

Broadcast live, Tyler Perry hosts THE PASSION on a large stage set up in New Orleans, right next to the Mississippi River. Narrating the story of Christ, and setting up the context, the footage cuts to pre-recorded segments of Jesus and his disciples in modern dress in famous New Orleans landmarks. Among the disciples of Jesus are Michael W. Smith, Shane Harper (GOD’S NOT DEAD) and the rock artist Chris Daughtry. All the while, a procession of people carry a 20-foot illuminated cross through the heart of New Orleans.

In a similar vein as JESUS CHRIST SUPERSTAR, the segments following Jesus’ narrative include word for word quotations of scripture from a more modern translation in between musical moments where the cast sings modern pop songs that lyrically and emotionally fit the scene, or that’s the idea. The Executive Producer and Music Arranger for THE PASSION told Movieguide®, “I have to find the lyrics that work for the scene. I can arrange a song however I need to arrange it to make it work, but we have to start with the essence, which is what we’re singing.”

This includes Jesus and Peter singing the song “Home” by Phillip Phillips, Judas dealing with the temptation to betray Christ through the song “Bring Me to Life,” and Pontius Pilate played by Seal singing “Mad World” after giving Jesus over to the Roman soldiers to be crucified. After the illuminated cross has arrived to the stage, and Tyler Perry describes the horrors of the crucifixion Jesus suffered, the event finalizes with a resurrected Jesus, played by Jencarlos singing “Unconditionally” from the top of a sky scraper adjacent to the live crowd by the stage.

THE PASSION is a unique event, and Fox TV, the producers and the cast are to be commended. Many, if not most, of the songs fit exceptionally well in the narrative, including Katy Perry’s “Unconditionally” and Train’s “Calling All Angels,” which is placed when Jesus is praying in the garden of Gethsemane. If believers can accept the unconventional format, Fox could have a hit in its hands. While Michael W. Smith and Shane Harper have virtually no speaking parts, their presence definitely doesn’t hurt.

That said, the event is far from perfect. A few technical issues are easily forgotten, but it took considerable time for Tyler Perry to get comfortable on stage, and when he finally did get comfortable, and delivered an emotionally filled description of Christ’s death, a shot of an audience member smiling and waving into the camera nearly ruined the moment. Additionally, before commercial breaks Tyler Perry would cut to a reporter interviewing members of the cross-carrying procession. Attempting to link the city’s post hurricane Katrina struggle to the story could’ve been more touching if they had included interviewees that had personal stories of redemption or triumph because of Jesus. Instead, most spoke of the cross as a symbol of “hope” and “triumph,” without even referencing Jesus’s world changing sacrifice.

Thankfully, even with Tyler Perry trying to be as inclusive as possible, Christ’s death, resurrection and message of salvation is proclaimed. Perry closes with stating that when we believe, we truly see. The event closed with the entire cast on stage singing “When the Saints Go Marching In” with Gospel singer Yolanda Adams.

All in all, THE PASSION: NEW ORLEANS is a fun event that extols the Gospel narrative of Jesus Christ in a unique platform that’s appropriate for the whole family. While THE PASSION aired live on network television, Fox is offering it online here.