"A Raunchy Walk on the Wild Side" 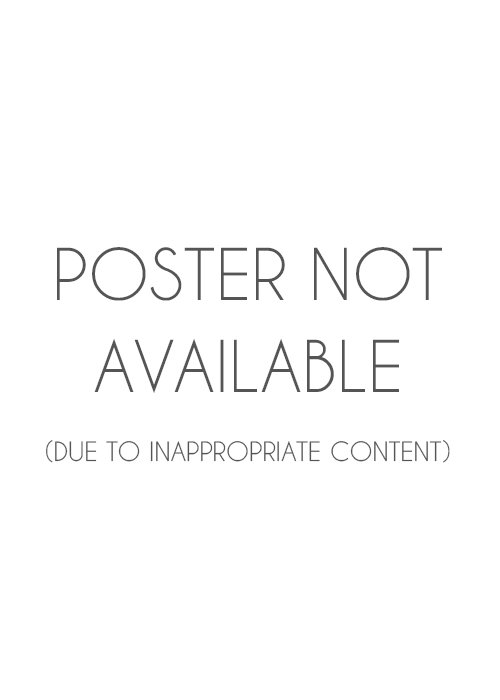 VACATION FRIENDS is a wildly rambunctious but often immoral and raunchy comedy on Hulu. Marcus and Emily, an unmarried, straightlaced black couple on vacation, run into Ron and Kyla, a crazy white couple, who talk them into a weekend of debauched misadventures. Ron and Kyla believe in doing almost anything that sounds fun in life no matter how crazy or immoral. Even when Marcus accidentally crashes their rental boat on some rocks, Ron and Kyla just see it as a wonderful adventure. The couples part company after their misadventures, but Emily and Marcus are surprised when the crazy couple crashes their wedding back home.

All the lead actors in VACATION FRIENDS are somewhat interesting. The characters and their interactions are hilarious. Also, the movie has such sheer infectious energy in the performances and the constantly unpredictable storyline that the laughs, whether clean or crude, come easily. That said, VACATION FRIENDS is fatally marred by frequent foul language, some evil drug humor, adultery, perversion, and other extreme immoral behavior. Although the movie eventually affirms marriage and friendship, its positive content should be stronger.

(PaPaPa, B, Ho, FR, C, LLL, V, S, N, AA, DD, MM):
Dominant Worldview and Other Worldview Content/Elements:
Very strong pagan worldview about a straitlaced couple meeting a wilder couple on vacation, the wild couple believes in doing almost anything that sounds fun in life no matter how crazy or immoral and they talk or trick the other couple into doing crazy and immoral things, there are some light moral elements promoting friendship and getting married, a partially depicted sex scene turns out to have been an implied lesbian scene, and one couple gets married by a native shaman in Mexico, but they also end up doing a marriage ceremony later in front of a Christian minister
Foul Language:
At least 88 obscenities (including 48 “f” words), five GD profanities, one Jesus profanity, a few light profanities, and a major character has a strange unexplained ability to know when a bird’s gonna poop
Violence:
A man challenges another man to put a bottle on his own head and then shoots it off (an obviously dangerous stunt), a fistfight breaks out between some men, a boat crashes on a rock, and people are rescued, one man pays to get another man into a wrestling ring but the other man avoids getting hurt, a couple plows their vehicle through a gate (the crashing is heard)
Sex:
Partially depicted sex when a woman is seen with bare shoulders in a thrusting motion above an unseen person, and it’s revealed later in discussion to have been another woman, implied fornication, and talked-about loud sex by one couple
Nudity:
A man’s bare buttocks are shown while he’s standing, in a non-sexual context Alcohol and Drugs: Drinking alcohol throughout, both casually and to the point of drunkenness
Smoking and/or Drug Use and Abuse:
One couple puts cocaine on the edge of margarita glasses instead of salt and doesn’t warn those who drink it until man asks them why the substance on the rim doesn’t taste salty, two people laugh when the man says he and his fiancé don’t do drugs, not even on vacation (they don’t believe him), briefly depicted marijuana smoking in one scene, two men accidentally eat psychedelic mushrooms (resulting in a funny hallucinogenic trip), and a couple is unwittingly drugged and wake up the next morning wondering if they had sex with another couple the night before; and,
Miscellaneous Immorality:
One of two couples constantly makes reckless decisions and involves the other couple in those decisions, sometimes without their approval.

VACATION FRIENDS is a rambunctious but often very immoral and raunchy comedy on Hulu about an unmarried, straightlaced black couple on vacation who run into an insane white couple, who talk them into a weekend of very debauched misadventures, then suddenly show up at the black couple’s wedding celebrations back home. The characters in VACATION FRIENDS are well acted and hilarious, but the movie is spoiled by frequent foul language, some drug humor and other immoral, hedonistic behavior.

The movie’s story follows an unmarried, buttoned-up black couple, Marcus (Lil Rel Howery) and Emily (Yvonne Orji), who go on a romantic vacation to Mexico with the goal of Marcus proposing marriage. Almost from the start, however, Marcus’ plans are turned upside down when they find that the people in the Presidential Suite above them overfilled the Jacuzzi and totally ruined their room. The hotel manager informs them that not only is the hotel fully booked, but so are the other five star and four star hotels in the area. So, Marcus proposes to Emily right there in the hotel lobby. A loud and comically obnoxious white couple, Ron (John Cena) and Kyla (Meredith Hagner), are brought to tears by the proposal. They invite Marcus and Emily to stay in their suite. Wary but desperate, Marcus and Emily reluctantly accept. Of course, Ron and Kyla’s suite just happens to be the Presidential Suite, and they’re the ones who ruined Marcus and Emily’s suite.

Marcus and Emily wind up spending the wildest week of their lives with Ron and Kyla, who put cocaine instead of salt on the rims of their margaritas, rampant drunkenness, drug them later (with Emily eventually realizing that Kyla had sex with her in an offscreen encounter while Ron watched), and even cliff diving into the ocean with their wild friends. Ron and Kyla even talk them into getting married by a native shaman while there.

However, when the week is over, and they’re ready to return to their normal, dignified lives, an unexpected twist occurs. At their dignified engagement party (Marcus and Emily have hidden their Mexican wedding from their families), Ron and Kyla literally crash the celebration by plowing their car through a gate. At first, Emily’s uptight dad is offended and wants to throw the interlopers out. However, when Ron reveals he was a Green Beret like Emily’s father, the two men instantly bond, and Marcus and Emily find they have to deal with Ron and Kyla’s wild shenanigans all over again.

Along the way, Kyla reveals she’s pregnant, leaving Marcus to wonder if he got her pregnant while drugged in Mexico but finding out that she had sex with an unwitting Emily instead. He and Ron go on a hilarious fox hunt that’s organized by Emily’s dad but wind up getting lost and eating psychedelic mushrooms, leading to a hilarious hallucinogenic trip.

Can Marcus and Emily survive the new week of insanity with their lives and marriage intact?

VACATION FRIENDS is rife with immoral content, especially in its frequent foul language. However, the movie has such sheer infectious energy and joy in the performances and the constantly unpredictable storyline that the laughs, whether clean or crude, come easily. From the very first, Ron and Kyla have an outrageous, loud sensibility. They believe in doing almost anything that sounds fun in life no matter how crazy or immoral. They also spend money like crazy. “How can you really be free if you’re thinking about money all the time?” Ron asks Marcus shortly after they first meet. Ultimately, VACATION FRIENDS does have happy endings for both couples. Both remain in their marriages, and Marcus and Emily get a wedding ceremony with a real minister too. So, the movie ends up affirming marriage and winds up somewhat righting its moral course.

All the lead actors in VACATION FRIENDS are lots of fun. The characters and their interactions are often hilarious. Also, the script originated from the brilliantly funny duo of Jonathan Goldstein and John Francis Daley, who also wrote the extremely funny, well-written comedy GAME NIGHT. However, unlike GAME NIGHT, VACATION FRIENDS is excessively spoiled by its too frequent foul language, adultery, perversion, and other lewd content. It also contains lots of drug humor. So, unlike the earlier movie, it goes too far. Also, the positive messages in VACATION FRIENDS could be stronger.