"Give a Little Bit of Yourself " 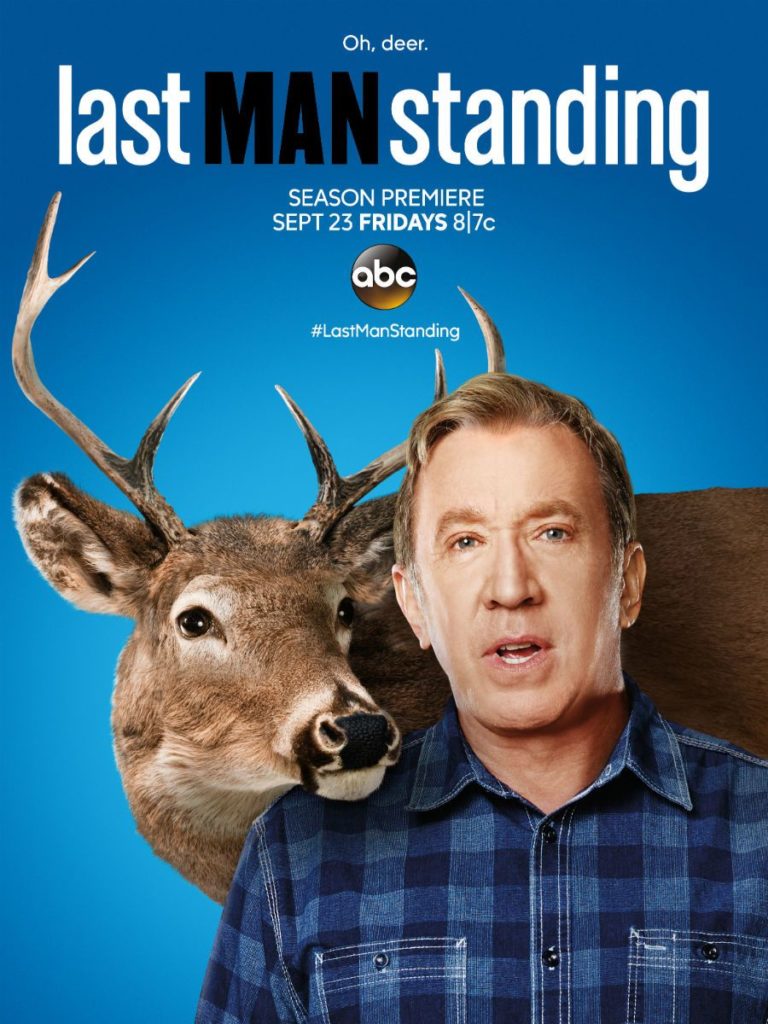 “Take Me to Church” is one of the best episodes of the LAST MAN STANDING sitcom, which stars Tim Allen as Mike, a conservative businessman. Mike and his wife, Vanessa, lament that their two college-age daughters, who still live at home, have stopped going to church with them. After offering several comical solutions to the problem, Mike helps the church pastor spruce up his sermons. The pastor delivers an entertaining sermon about the Good Samaritan. The girls like the sermon, but they’re still not interested in going to church every Sunday. Will Mike and Vanessa discover a better solution?

“Take Me to Church” is clever, funny and inspired. The plot zips along, as do the jokes. As usual, the cast is superb. Even better, the episode teaches several positive lessons. For example, it shows that one of the best ways to get people more interested in their church is by encouraging them to start taking part in church activities, including the worship service. However, “Take Me to Church” contains a few obscenities and some light religious jokes. Caution is advised for younger children.

The “Take Me to Church” episode of Tim Allen’s wonderful LAST MAN STANDING series is one of the best, most relevant (and funniest) episodes of the program.

Tim Allen stars as Mike, the Denver marketing guru for a chain of outdoors stores. The episode opens with Mike and his wife, Vanessa (played by Nancy Travis), coming home lamenting the fact that their two college-age daughters, who still live at home, have stopped coming to church with them. At work, Mike commiserates with two friends, his business partner and the head security man, about the problem. Everyone laments that there’s just too many other things competing for young people’s attention these days, especially the mass media.

After offering several comical solutions to the problem, Tim decides that the church pastor, the Reverend Paul, needs to spruce up his sermons with some jokes and references to people’s everyday lives. The Rev. Paul , who admits he’s not the best sermon speaker, takes Mike’s advice and delivers an entertaining sermon about the Good Samaritan. The girls like the sermon, but they’re still not interested in going to church every weekend.

Will Mike and Vanessa come up with a better solution to the problem?

“Take Me to Church” is clever, funny and inspired. The plot zips along, as do the jokes. It includes a funny subplot about Mike’s two sons-in-law getting in trouble for complaining about their wives during a podcast they’re recording. As usual, the cast is superb.

[SPOILERS FOLLOW] “Take Me to Church” makes several good points about going to church. First, it accurately identifies a major problem in today’s society, the distraction of the mass media of entertainment. The mass media not only takes away people’s attention from religious practices like going to church or studying the Bible, it also takes away people’s attention toward their families. The episode also speaks out against gossip, including gossiping behind someone’s back, in this case complaining in public about the faults of one’s spouse. In addition, the episode promotes the idea that, when teaching about the Bible, church leaders communicate better when they can make the biblical accounts sound as interesting as they really are. For instance, Jesus tells lots of parables in the New Testament, and all the stories in those parables are well told and have messages that Jesus makes relevant to people’s lives. Finally, the episode argues at the end that one of the best ways to make going to church more relevant is by involving people in worship and other church activities. In the case of “Take Me to Church,” Mike interests his daughter Mandy in going to church again by encouraging her to design the new robes for the choir. He interests his daughter Eve by getting her to be part of the worship service by using her musical talents. Of course, these solutions aren’t a panacea, but they employ valid principles that can make life more meaningful and enjoyable. These principles also can be used to combat the apathy and boredom that seems to affect so many young people in many social endeavors, not just their spiritual lives. “Give a little bit of yourself,” Mike says in a VLOG for his store, “and I think you’ll find you get a lot more back.”

“Take Me to Church” does include a few obscenities, some jokes about church and a husband’s comment about how his wife’s red dress makes his neck sweat when she wears it. Caution is advised for younger children regarding the “Take Me to Church” episode of LAST MAN STANDING.

CONTENT:  (CCC, BB, L, S, A, M) Very strong Christian, moral worldview encourages people to get more involved in church and its activities instead of just sitting in the pews, episode teaches a lesson against gossip and talking behind somebody’s back, and episode includes positive references to church, and a scene where church congregation sings about putting your hand in the hand of the man who calmed the waters, Jesus), plus episode shows how humor and laughter can make life more enjoyable and meaningful; five obscenities (including two jokes about putting butts into church pews) and one OMG exclamation; no violence; no sex scenes, but one comment about female celebrities and young man mentions red dress his wife wears, which he says makes his neck sweat; no nudity; three men share a drink of whiskey while talking; no smoking or drugs; and, some jokes about a pastor’s boring sermon (the protagonist wonders how a pastor can make David’s battle with Goliath story sound boring), two college-age daughters are caught lying about going to church, two wives catch their husbands complaining about them on a small podcast the men, one of the husbands is a liberal who promotes vegetarianism but the show mocks his political stands, and there are some jokes about church and religion (for example, woman tells a joke about how Moses makes his coffee and her husband says, “He brews it”).