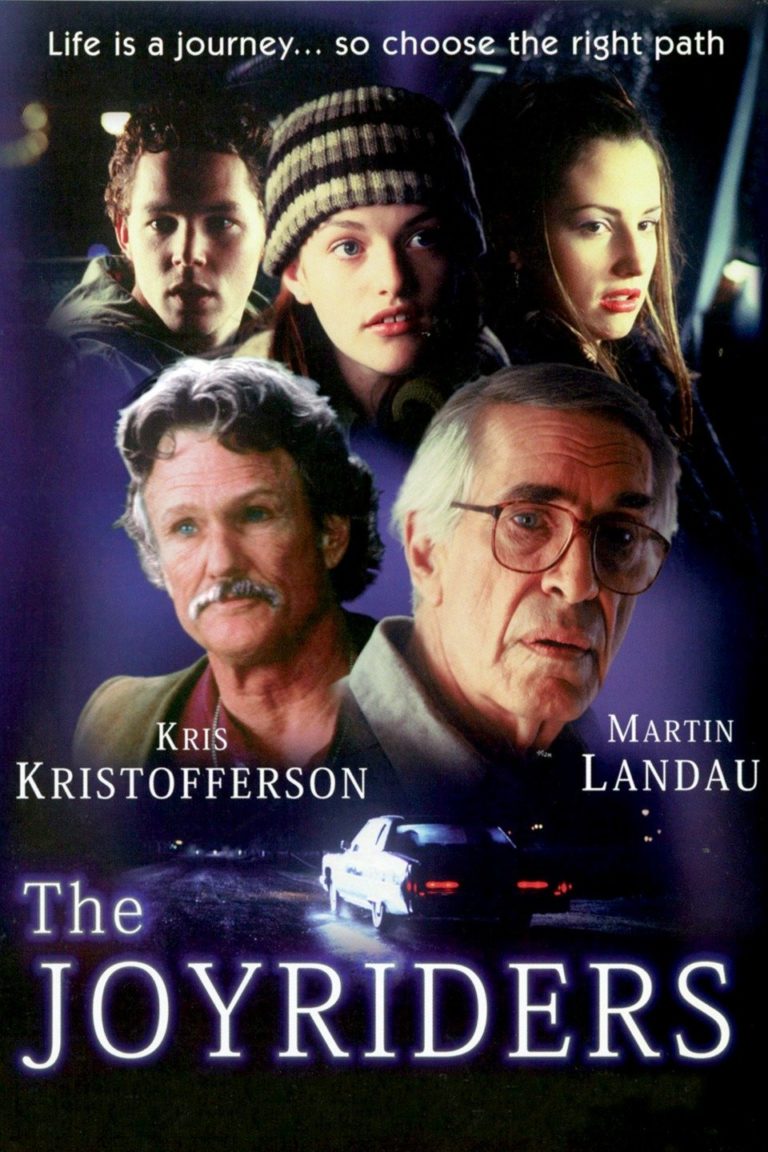 THE JOYRIDERS is a unique movie that handles juvenile delinquency and other human conditions with great compassion, telling the story of Gordon Trout, an elderly man who is kidnapped by some delinquent youths with troubles of their own. With a few obscenities and some violence, this movie contains a Christian worldview, requires the viewer to think and does not fit into a standard Hollywood formula.

THE JOYRIDERS is a unique movie that dramatizes the heartbreak of juvenile delinquency and other human conditions with great compassion and hope. It tells the story of Gordon Trout, played with great insight by Martin Landau, an elderly man whose wife has left him to enjoy herself on a cruise.

Unable to summon up the energy to join her, his life appears meaningless and even cruel. Gordon decides to take his own life, buys a gun at the mall and prepares to shoot himself in a men’s room. When he can’t do it, he leaves the mall, only to be harassed by some homeless young teenagers. The teenagers take him for a joyride, which turns into his kidnapping.

On the road, it becomes clear that Cameron (Shawn Hatosy), Jody (Elisabeth Moss) and Crystal (Heather McComb) are not all bad. However, each of them has faced tremendous problems, from a mother who rejects Jody, to parents who abandoned Cameron, to drug habits that Heather can’t escape.

Eventually, the four of them end up at a Christian retreat where an ex-hippie minister, played by Kris Kristofferson, witnesses to them. The minister convinces Gordon not to press charges against the teenagers, but, rather, to help them fulfill their dreams.

The police are hot on their tails, however, and their dreams turn out to be insubstantial. Even so, the teenagers and Gordon discover that there is something more in life. After many adventures, the ending offers hope while leaving some questions unanswered.

Thus, THE JOYRIDERS ends up being an important character study. The acting is admirable, as is the direction. There are some tough moments, some foul language and some violence. Therefore, this is not a movie for children, but it is a movie that leads to the truth.