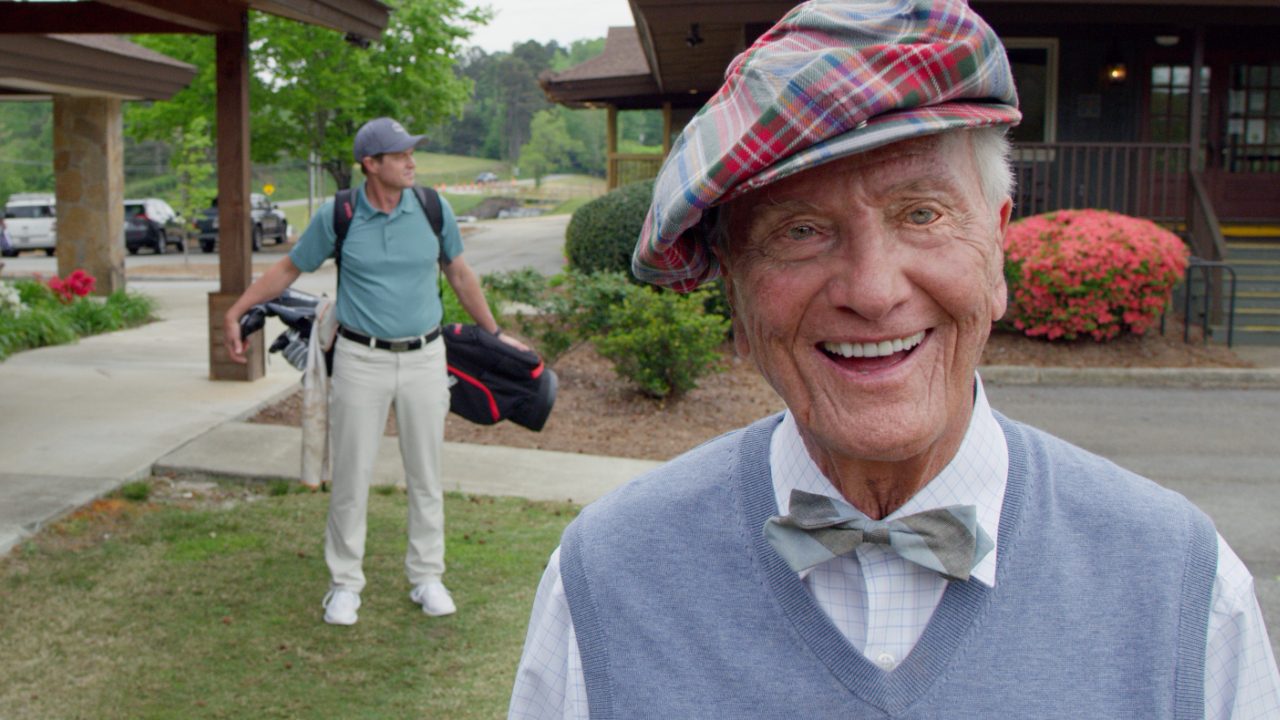 Due to THE MULLIGAN’s box office success, ReelWorks Studios have announced they extend the movie’s theatrical release.

THE MULLIGAN debuted as one of the top 5 movies in America when it was released over April 18 and 19.

The movie stars Pat Boone, Eric Close, and Tanya Christiansen and tells the story of a man who learns important life lessons through the game of golf.

Movieguide®’s review of THE MULLIGAN reads:

Paul McCallister is a big-shot businessman who’s estranged from his wife and son so he can pursue business and golf. At a charity golf tournament, Paul loses his temper. A tournament organizer introduces Paul to Will Dun. Golfers have nicknamed Will the “Old Pro.” Will takes Paul under his wing and mentors him on golf, and, more importantly, on life. Paul’s heart begins to change, but will the change be a lasting one?

THE MULLIGAN tells an entertaining, inspiring story. There are some minor hiccups, but the production values are good. Pat Boone delivers a terrific performance as the Old Pro. He teaches the lead character about the Gospel of Jesus Christ and declares, “God is good.” THE MULLIGAN has a very strong Christian, moral, pro-family worldview. It stresses Christian faith, forgiveness, family, and proper business practices. Also, a pastor recognizes the Christian witness of a believer at a service and stresses the promise of eternal life. THE MULLIGAN has some light violence, brief drunkenness and one obscenity. So, MOVIEGUIDE® advises caution for younger children.

Close previously spoke to Movieguide® about the importance of faith, forgiveness and family in THE MULLIGAN.

“One of the things that’s really cool about the game of golf, unlike any other sport, is it really resembles or reflects life in many, many ways,” Close told Movieguide®. “Sometimes you’re doing the right thing and bad things happen, sometimes you’re not doing the right thing and things can kind of work out. Scripture talks about it where you see people that don’t want to have anything to do with God and yet their life seems to be kinda blessed, right? But the interesting thing about this movie is the term ‘The Mulligan.’

“The concept is that when you’re out playing in a tournament, you have to play by the rules,” he continued. “It’s a game of honesty, integrity…. [but] ‘The Mulligan’ is a term that came up where if you’re out playing a friendly game with your buddies and you go to the first tee and everybody tees off, a lot of times you hit a kind of a lousy shot. And just out of a friendly game of golf or extending some grace you say, ‘Hey, take a Mulligan.’ Meaning, take a do-over.

“So Ken and Wally took this concept and related it to life in the sense that in life there are rules and their consequences for our actions, but with God in the equation, God is a God of forgiveness and mercy and grace and he gives us second chances time and time again,” he continued. “While there are consequences for our actions in life, [in] our relationship with God, he gives us a second chance because he wants to be in a relationship with us.”

THE MULLIGAN will begin a three-week West Coast release on May 13. Tickets are available here.