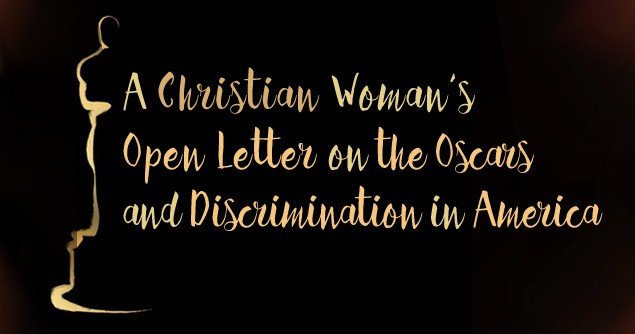 As the Oscars aired on Sunday, February 28th, viewers everywhere waited with bated breath to see how Chris Rock handled the controversy at the lack of black actors nominated for awards. His monologue contained thinly veiled deflections aimed at protecting Hollywood and the powers that be who decide who wins and loses. Jokes like, “Yes, Hollywood is racist, like a sorority house. We think you are nice, but not enough to be a Kappa,” were met with claps and laughter from the audience. Other jokes were a bit edgier than others, causing the audience to cringe rather than cheer. “Jada Smith boycotting the Oscars is like Rhianna’s panties: you weren’t invited, but you’d like to be.” As the night progressed, all the jokes surrounded around one subject:  racism in America.

Anthony Anderson and the Blackish cast chose to tread on this controversial subject both with grace and humor as well. While they tried to balance the facts of cases involved in police brutality with kid gloves, they still hammered home the ever-present reality of racism. In a poignant scene, Anthony Anderson clenches his fists to his wife and says,  “Wake up! Let’s say they do get in the car. Look what happened to Freddie Gray. And let’s say they do make it to trial. You see where that gets us. Don’t you get it, Bo? The system is rigged against us… Obama ran on hope. Remember when he got elected and we hoped maybe, just maybe, we got out of that bad place and into a good place, that the whole country was ready to turn the corner. You remember that amazing feeling we had during the inauguration? I was sitting right next to you. We were so proud. And, we saw him get out of that limo and walk alongside of it and wave to the crowd. Tell me you weren’t terrified when you saw that. Tell me you weren’t worried that someone was going to snatch that hope away from us like they always do. That is the real world, Bo. And, our children need to know that that’s the world they live in.”

When president Obama was elected in 2008, I thought we had turned a corner too. I, along with Anderson, shared in his terror that something was going to happen to President Obama, too. I thought we were evolved enough in our thinking to realize that no matter what the color of your skin, your life has purpose, value and meaning, but I was wrong. Then the riots began for the victims of police brutality caught on tape and everyone realized that our nation is just as broken as it was so long ago. No matter how much we try to laugh away this problem plaguing our nation, one thing is clear: this is not going away anytime soon.

As a woman, this is a hard topic. While it’s true I will never understand what it’s like to be pulled over for a violation and fear that I may be thrown in jail, beaten or shot simply because I look like I may cause trouble. I may never allow the sound or gunshots ricocheting off of my house to lull me to sleep. But, I do know this: I do know what it is like to be the target of discrimination. I know what it is like to have someone ask me what I do all day in my stay-at–home mom days, since “I don’t work.” My blood has boiled when someone said, “What do you know? You’re just a woman.” I remember the tears that streamed down my cheeks when my high school history teacher accused me of cheating, and when I stated I hadn’t, he confirmed I had because “I cheated off the girl in front of me who hikes her skirt up,” and ended the conversation by saying, “If you can’t make the grade, you don’t belong here. Maybe you should find another History class to attend.” I may not have lived in neighborhoods where I feared I was walking in a gang’s territory, but I do know what it is like to step out the front door and into a world where rape against women is epidemic on college campuses, to people who say “she had it coming because she dresses inappropriately” or to make a lower wage than the guy sitting in the next cubicle simply because he’s not a liability because he can’t get pregnant.

Although I have stared discrimination in the face, this is what I don’t want. I don’t want someone to give me a higher wage simply because affirmative action tells them to do so.

I don’t want someone to ask me my opinion because they are afraid of being accused of being sexist if they don’t, and I certainly don’t want someone to hand me a gold statue on Oscar night because the media will have a field day if they don’t. What I do want is for me to have the opportunity to earn that wage, offer that opinion or win that award because I earned it, and that my blood, sweat and tears got me to that place of greatness.

Opportunity is the only bullet we have in our ammunition against racism and sexism. Not only do black lives matter, but so do women, men, Asians, Hispanics and every other group of people. That’s what Jesus came and died for—not to enslave us but to set us free.

What I want is an opportunity, a chance to be human.