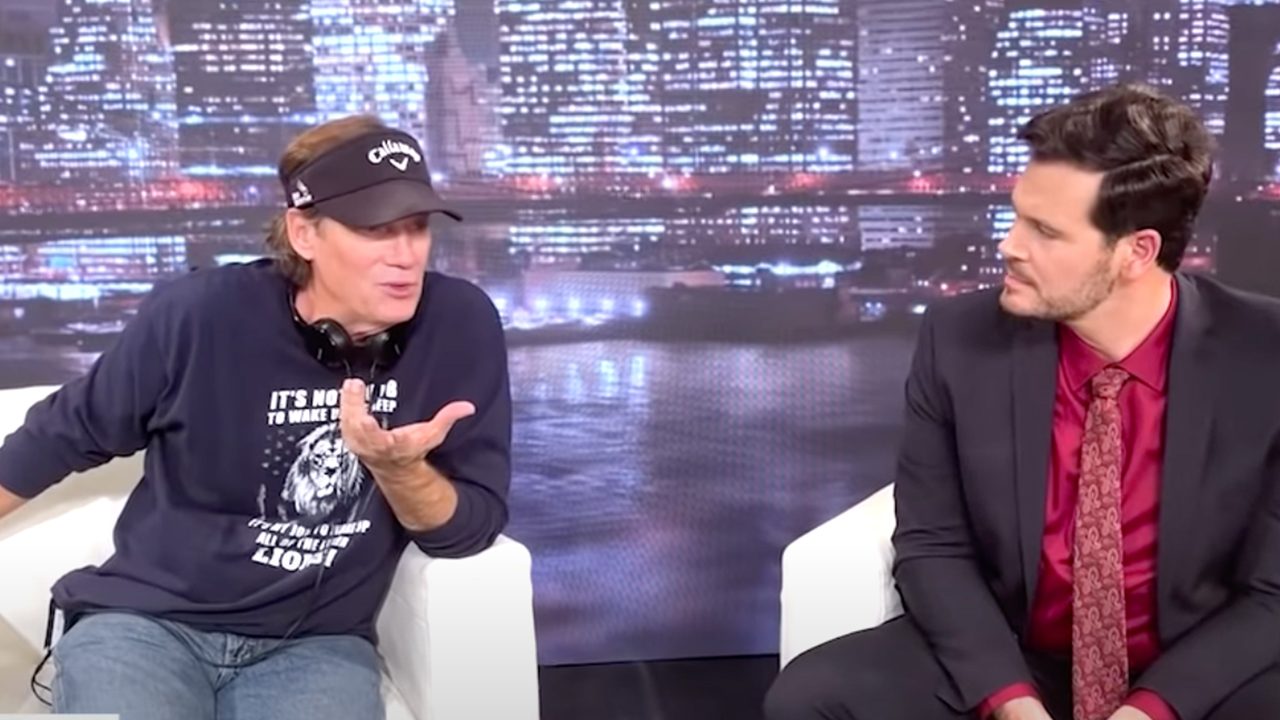 Actor Kevin Sorbo is set to star in and produce a new movie adaption of the iconic book series “Left Behind.”

The popular books, co-authored by Tim LaHaye and Jerry B. Jenkins, have over 60 million copies sold and have sparked several past movie adaptations.

The big-screen adaption came in 2014, but Sorbo wants to make his mark on the eschatological interpretation with LEFT BEHIND: RISE OF THE ANTICHRIST.

Sorbo is set to take on the role of Rayford Steele and said he is excited to bring the books to life.

“I’ve known about the ‘Left Behind’ books forever,” Sorbo told Faithwire in an exclusive interview. “There was no way that anything else was going to get in the way of me wanting to be a part of this.”

“I love movies like this. I love movies that have hope, redemption, laughter, and love, and things that we need more than ever in this world — in this crazy, divisive world we live in,” the HERCULES actor added. “And we’re hoping a movie like this will be a positive impact on people around the world.”

Sorbo said that his movie would consider current events that have affected people on a global scale.

“I think it’s a grittier feel to it. The world’s a whole different place right now. … it feels like the rapture’s just down the road right now,” Sorbo said. “The Sodom and Gomorrah we’re living in right now.”

However, Sorbo noted that the ultimate goal is to point people to hope.

“There’s still hope out there,” he said.

Greg Perrow is set to play reporter Buck Williams, who was originally played by Kirk Cameron in the 2000 adaptation.

“Using this creative avenue, and through a movie, people can really watch this and just kind of personally relate to what it potentially might be like in the end times,” Perrow said.

Sorbo added: “[I hope] it reaches more people than any faith-based movie has ever reached before in this history of mankind.”

According to Movieguide®’s review of the original LEFT BEHIND:

Kirk Cameron plays Buck in LEFT BEHIND, based on the best-selling novel by Tim LaHaye and Jerry B. Jenkins. Buck is a TV reporter reporting from Israel when a massive enemy air attack miraculously stops. Later, as Buck is flying to Europe to find out what happened, people disappear from the plane, and the pilot, Captain Steele turns the plane back to Chicago. In Chicago, Buck stays with Captain Steele, who finds that his wife and son have disappeared. In searching for his family, Steel discovers the truth, with the help of a pastor who’s been “left behind.” Buck also discovers the truth just before he’s drawn into the orbit of the secretary general of the UN.

LEFT BEHIND is the best movie made so far in the apocalyptic genre and has been crafted with a very careful, deft touch. It involves the audience in the storyline of the people. Kirk Cameron’s vulnerability, though unlike the Buck of the book, makes the movie very compelling. He is an everyman caught in circumstances beyond his control. The characters are well drawn. LEFT BEHIND presents the Gospel of Jesus Christ in a very entertaining, powerful, winsome way.