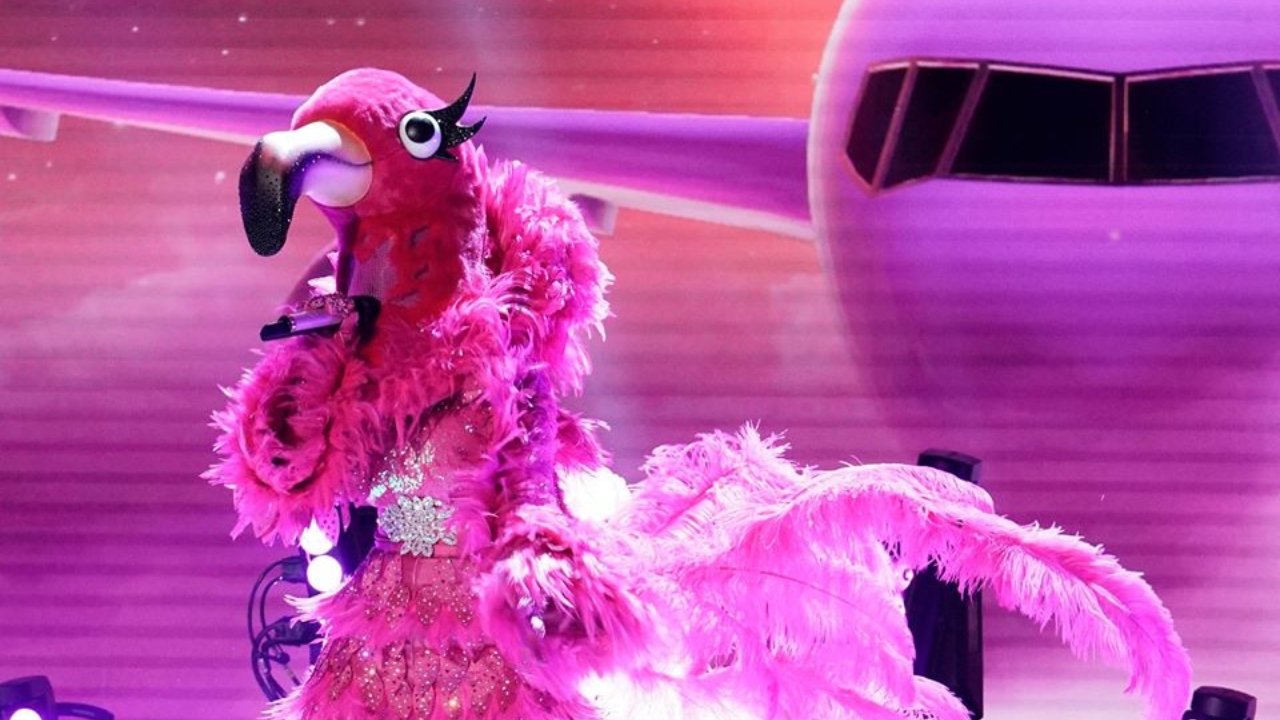 Photo courtesy of THE MASKED SINGER/Facebook

The MASKED SINGER just revealed Adrienne Bailon Houghton as the flamingo on the reality singing competition.

Houghton, who co-hosts THE REAL talk show and previously starred in movies including I’M IN LOVE WITH A CHURCH GIRL, is no stranger to the stage. Houghton sang in the bands 3LW and The Cheetah Girls (also made into Disney movies by the same name).

In the show, celebrities from all walks of life—athletes, musicians, talk show hosts, actors—dress up in elaborate costumes to obscure their identities, allowing judges and audience members to guess who is on stage by the sound of their voice and specific clues.

Many fans guessed Houghton was the flamingo thanks to faith-related clues, including that the she sang in her church choir growing up and that she was baptized in Israel.

Houghton also said she struggled with insecurities as she performed in a cumbersome costume.

“The first time you try it on, [there]’s definitely not enough air. I actually was breathing out of the neck because [producers] were trying to give the illusion that I was taller. Because they knew for sure if they saw how short I was, they were going to give it away,” she said.

“I got to do what I love to do without people knowing it was me. I think a lot of the part of our insecurities these people will judge you for who you are,” Houghton continued. “I can’t believe that people like my voice. I haven’t liked it for so long, but I’ve come to terms with this.”

One of the additional clues was that Houghton loves the holidays and wanted to make her loved ones proud this Christmas.

The clue fits, as Houghton is an avid Christmas decorator.

For Houghton, the season is about “Being with family. I feel like I made my mom so proud this year with my decorations. So much of my family  comes from out of town to stay with us here in our house. It just makes them feel so special to see that I’ve decorated and I want it to be an experience for them.”