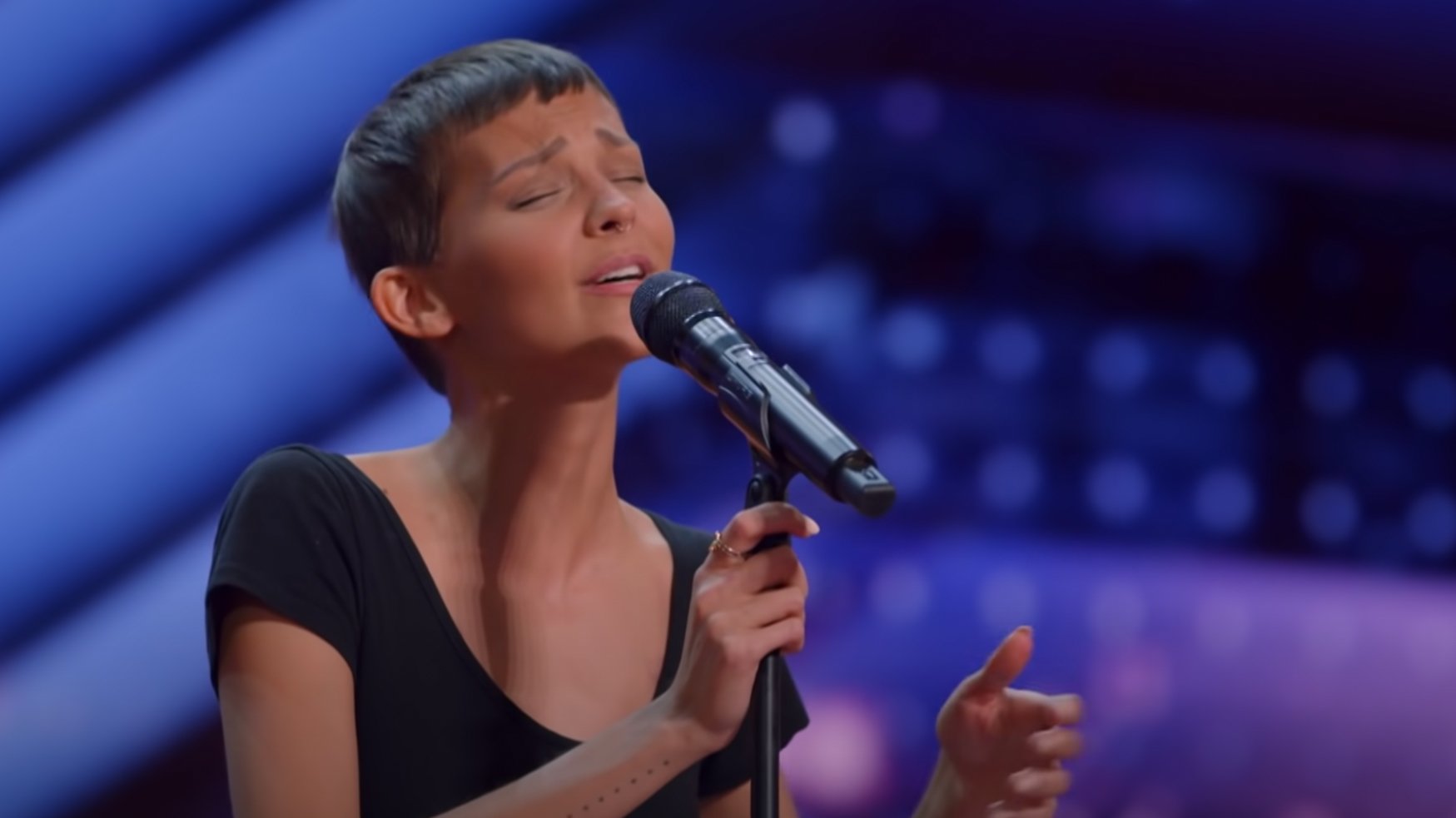 Jane Marczewski, who refers to herself as Nightbirde when singing, shocked the crowd and judges in her recent performance on AMERICA’S GOT TALENT, earning her a “Golden Buzzer.”

However, the celebratory night only scratches the surface of Marczweski’s story. The former youth worship leader at the Columbus Vineyard Church shared her story with the judges.

On June 8, Marczweski walked onto the stage with a smile as judges Simon Cowell, Howie Mandel, Heidi Klum, and Sofia Vergara posed their introductory questions.

Behind her joyful attitude, the 30-year-old Marcweski revealed that she was battling cancer in her lungs, lymph nodes, ribs, liver, and spine.

While attending Liberty University in Virginia, everyone who heard Nightbirde sing knew she would make it in the music industry. However, her cancer, which she first beat when she was 29 years old, just scraped the surface of her hardships.

Faithwire reported: “Just days after her diagnosis and only weeks before the COVID-19 pandemic began, Nightbirde’s husband, whom she described in a blog post as ‘My One Great Love,’ walked away from their marriage.”

However, before singing an original song called “It’s OK,” Marcweski noted that her happiness is not rooted in her circumstances.

“It’s important that everyone knows that I’m so much more than the bad things that happened to me,” she told the judges.

Marcweski described the song as “a story of the last year of my life.”

Although Marcweski explained that she had only a 2% chance of beating her cancer this time around, she quickly added: “But 2% is not 0%. Two percent is something, and I wish people knew how amazing it is.”

After her performance, Nightbirde was met with a standing ovation.

After the cheers subsided, the judges offered their responses.

“[It was] the most authentic thing I’ve heard this season,” Mandel said.

“It was powerful,” Vergara added. “It was heartfelt, and I think you’re amazing.”

Cowell was the last to speak.

Cowell then pressed the golden buzzer, sending Nightbirde straight to the live shows later in the competition.

“Everything about that was really special,” Cowell told Nightbirde as he hugged her on stage amid the golden confetti.