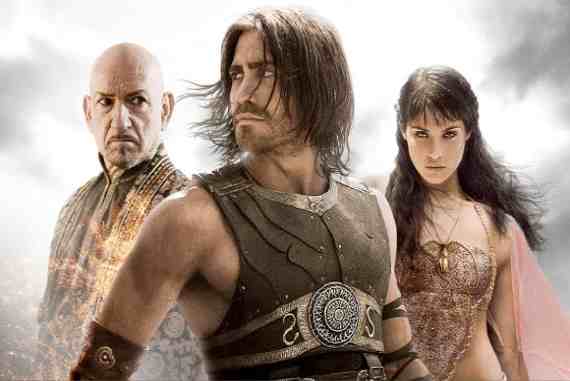 Money Than Movies with Liberal/Statist Values

In the wake of the Tea Party’s success in 2010, a new annual study shows that conservative movies with strong Pro-American, traditional, patriotic, capitalistic, anti-communist content or values and


biblical morality are even more popular.

The impact was felt overseas as well.

Every year, Movieguide®, the family guide to movies and entertainment, conducts a comprehensive study of the content of the major movies released by Hollywood and major independent film studios to see what kind of content moviegoers in the United States and overseas prefer.

Movieguide®’s annual study of the political content in movies shows that, in 2010, conservative movies with traditional values and Pro-American, capitalist, anti-socialist, and anti-communist values are even more popular than they were in 2009.

Conversely, movies with liberal and leftist content were much less popular, at least in the United States and Canada.

The more conservative movies in 2010, which numbered 64 overall, included such movies as TOY STORY 3, SALT, LEGEND OF THE GUARDIANS, THE PRINCE OF PERSIA, SECRETARIAT, DESPICABLE ME, I WANT YOUR MONEY, COOL IT, THE KING’S SPEECH, and TRUE GRIT. The more liberal/leftist 2010 movies, which totaled 100 overall, included MACHETE, THE LAST AIRBENDER, CASINO JACK, THE OTHER GUYS, INSIDE JOB, THE KIDS ARE ALL RIGHT, AGORA, EAT PRAY LOVE, THE RUNAWAYS, HUGH HEFNER, and WALL STREET: MONEY NEVER SLEEPS, among others

“This is not only true in the United States and Canada; it’s also true overseas,” said Dr. Ted Baehr, founder of Movieguide®, who presented highlights from his Annual Financial Report to the Entertainment Industry at the 19th Annual Faith & Values Awards Gala Friday night at the Universal Hilton Hotel in Los Angeles.

For example, of the 30 Movies Making $100 Million or More Overseas in 2010, 77% had strong conservative content reflecting traditional moral values, but only 20% had strong liberal, leftist, politically correct, or humanist/atheist content.

“The success of real values in 2010 was no mistake,” Dr. Baehr asserted. “Moviegoers all over the world prefer movies that reflect more values.

He also pointed out that the combined conservative versus liberal/leftist categories are particularly important because they factor out any anomalies in the database. They also show that, overall, conservative movies with strong traditional moral and political values earn three to five times more money than liberal/leftist movies with strong non-traditional, secular humanist or statist values.

Conservative Movies versus Leftist Movies, 2009-2010 in U.S. and Canada

* Movieguide® believes that the basic moral principles in both the New Testament and the Hebrew Scriptures are the same, though individual Bible-believing, monotheistic Jews and Christians, or individual churches, synagogues, and denominations, may differ greatly (often depending on external non-biblical influences) on the issue of what moral values the Bible teaches, not only in the past, but also in the present time and in the future. The term Biblical Morality (or Traditional Biblical Values) refers to MOVIEGUIDE®’s traditional, grammatical, literary, and historical understanding of what the Bible teaches, morally speaking.

For highlights of Movieguide®’s 2011 Annual Report to the Entertainment Industry, including results of its comprehensive study of what Hollywood movies earned in 2010, please see the Annual Edition of Movieguide®, or contact Movieguide® by email or phone.

Copies of the full 2010 Annual Report may be purchased from Movieguide®. Please contact Robert Baehr at (805) 383-2000 for more information.

Both CFTVC and Movieguide® are now in their 26th year of service. Their parent organization, Good News Communications, Inc., has been operating since 1978.