I Thought I Knew How Christians Should Act Toward Hollywood, Until I Read This. . . 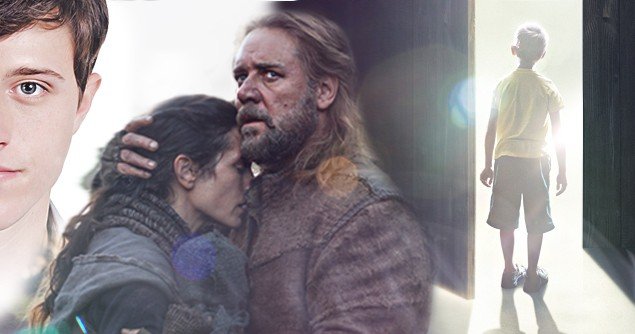 Twenty years ago, when Jesus’ name was used in a movie, it was usually used as a curse word. Last year, 67 percent of the movies released had at least some pro-Christian, pro-biblical content. This year, in 2014, an incredible number of the major movies being released have positive, overt biblical, and often evangelical, content. As might be expected, many of these movies have attracted criticism. Sadly, some of the most spiteful, angry and mean-spirited criticism has come from Christians.

MOVIEGUIDE® was built on the premise of exposing the fruitless works of darkness and commending the good. As a result of doing this consistently for many years, we have seen a great growth of the Good, the True and the Beautiful, and a decrease in the darkness in the movies released. Much of that could be attributed to our detailed economic analysis of the box office, combined with the fact that we see the Gospel for what it is: Good News! So, we try to present our analysis and criticism in light of the fruit of the Spirit (love, joy, peace, patience, kindness, goodness, faith, gentleness, and self-control), which dictates that we love the people who created the works we’re examining enough to try to be constructive. There are exceptions, but the exceptions are not the rule.

Recently, there’s been a tremendous amount of criticism bashing Darren Aronofsky and the producers of NOAH, criticizing Roma Downey and Mark Burnett for SON OF GOD, and even criticizing the producers of HEAVEN IS FOR REAL. Recently, I had a chance to talk to one of the top people at Paramount Pictures, whom I’ve known for years, who’s a co-producer of NOAH. He had told me about NOAH years ago when we met for lunch. He wanted NOAH to be very evangelistic, which it is not, and he wanted to tell an Old Testament story in light of the New Testament revelation of God’s grace. I asked him about Darren Aronofsky, and he said Aronofsky was wrestling with forgiveness and mercy because of a crisis in his family. The producer, one of the brightest, most conservative Christians in Hollywood, noted that the same thing had happened to him. We discussed the fact that Mel Gibson had been bashed so badly for the trumped up charge of Anti-Semitism that he went off the deep end. There is no doubt that my friend, and Aronofsky, needed guidance and perhaps even faith formation, but personal, ill-conceived attacks don’t make it easier for him, as a conservative evangelical Christian, to do more movies that touch upon Christian and biblical themes.

With regard to Roma and Mark, the situation seems even more mean spirited. One attack article claimed THE PASSION OF CHRIST was more biblical, when, in fact, THE PASSION was based on visions a Catholic nun had had over one hundred years ago. Other articles commended the JESUS film, which, for the record, is only 66% of the Book of Luke and is produced by a good friend of mine who is Jewish and extremely wary of the Christian community, and a director who’s known for some very salacious movies. In fact, the star of the JESUS film told me years later he was an atheist. Also, JESUS OF NAZARETH was funded by a Muslim and directed by a bi-sexual who chased one of the male stars around his villa.

Thus, of all the 130 Jesus films that have come out, Mark and Roma’s SON OF GOD is one of the few made by people who constantly say they love Jesus. That doesn’t mean they got everything right. In fact, I sent them a theological analysis months before the movie was locked in editing.

In this regard, however, has any sermon ever gotten everything right? If so, I have yet to hear such a sermon, though I have walked out several times on sermons that have gotten most of their theology wrong.

Many of the mean-spirited articles about NOAH have been written by people who admit to having never seen the movie. Others have been written by people who don’t seem to understand some of the Bible’s basic theological concepts or realize the difference between a Christian ontology (a real world, with real sin and real pain, that needs a real Savior, Jesus Christ) and an anti-Christian, nominalistic ontology (a non-material, great thought, maya world where all is an illusion and there is no need for a savior, such as THE LAST TEMPTATION OF CHRIST).

One theologian complained to us that, unlike HEAVEN IS FOR REAL, no one has gone from Heaven and come back, although I pointed out to him that Paul said he did just that in 2 Corinthians 12:2. Was Paul lying? Where do we get such strange eisegetical views?

But even so, what enabled a small group of Christians to overthrow the most debauched Empire in history, Rome? As Professor Alvin J Schmidt points out in the book How Christianity Changed the World, one major reason was that people knew the Christians by their love and wanted to convert.

Did the people who criticized Mel Gibson love him? Or, those who criticize any of the Christians working behind the scenes in Hollywood?

Most biblical movies, and most movies dealing with Heaven, contain things that you won’t find in the pages of the Bible. To make a really dramatic movie that millions of people will go see requires at least some dramatic artistry. Furthermore, it’s really easy to poke holes in almost any movie, whatever the subject matter.

So, let us commend the good while gently instructing those who might have gone astray so that we may encourage everyone to focus on the Good News of Jesus Christ that enlightens us all.