‘Dancing With the Stars’ Actor Shares How Church Changed His Life 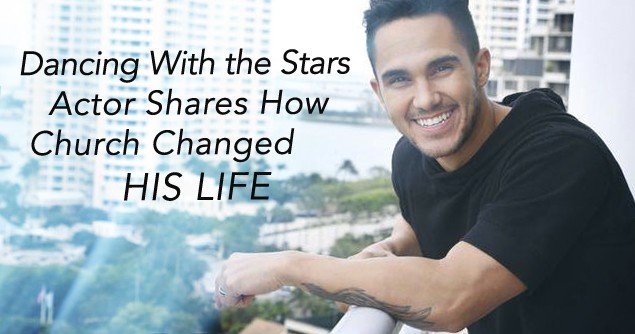 ‘Dancing With the Stars’ Actor Shares How Church Changed His Life

Carlos PenaVega, one of the members of the band Big Time Rush, spoke about the most memorable year in his life during the most recent episode of “Dancing With the Stars.” Monday night’s episode was themed around the most memorable year of each contestant’s life, and for PenaVega, it was the year he began going to church and became a Christian. PenaVega said that it was a single week in 2012 that changed his life forever. During a video montage shown during the “Dancing With the Stars” episode, he spoke about how he had come to a “very dark place” in his life, and knew that something had to change. Up to that point, PenaVega had been touring with his band, Big Time Rush, and part of a life that was constantly fun and exciting. “We were at the peak of our success,” he said. However, PenaVega said all of that changed once the tour ended. “You get home, and it’s just you … I felt really alone,” he said. It was during this point that his life began to become much darker and lonelier than before. “I locked myself in the house. I started smoking weed like everyday,” PenaVega said. “I was like, ‘I don’t want to talk to anybody, I don’t want to see anybody,’ and I really hit rock bottom.” Yet all that changed, when PenaVega reached out to a friend and decided to go to church with him. “I walk in the church, and I know that I was supposed to be there,” he said. PenaVega’s pastor, Duane Ganther, is also featured in the video, and spoke about how he remembers when PenaVega first came to church. “He wanted change; he wanted transformation,” Gather said. According to PenaVega, that is exactly what happened. “From that Sunday to the next Sunday, my life changed forever,” he said. The Thursday of that week, he said he was invited to a Bible study. It was there that PenaVega met his wife since 2014, Alexa PenaVega (a fellow “Dancing With the Stars” contestant this season). With tear-filled eyes, PenaVega shared how “It’s so crazy to me that in one week, my life changed forever.” For his performance this week, he chose to dance to “Amazing Grace,” which he said is one of the first songs he heard at church, and represents the transformation since he found God.   – Source: The Blaze, 10/7/15. Watch the full video of his inspiring dance HERE!