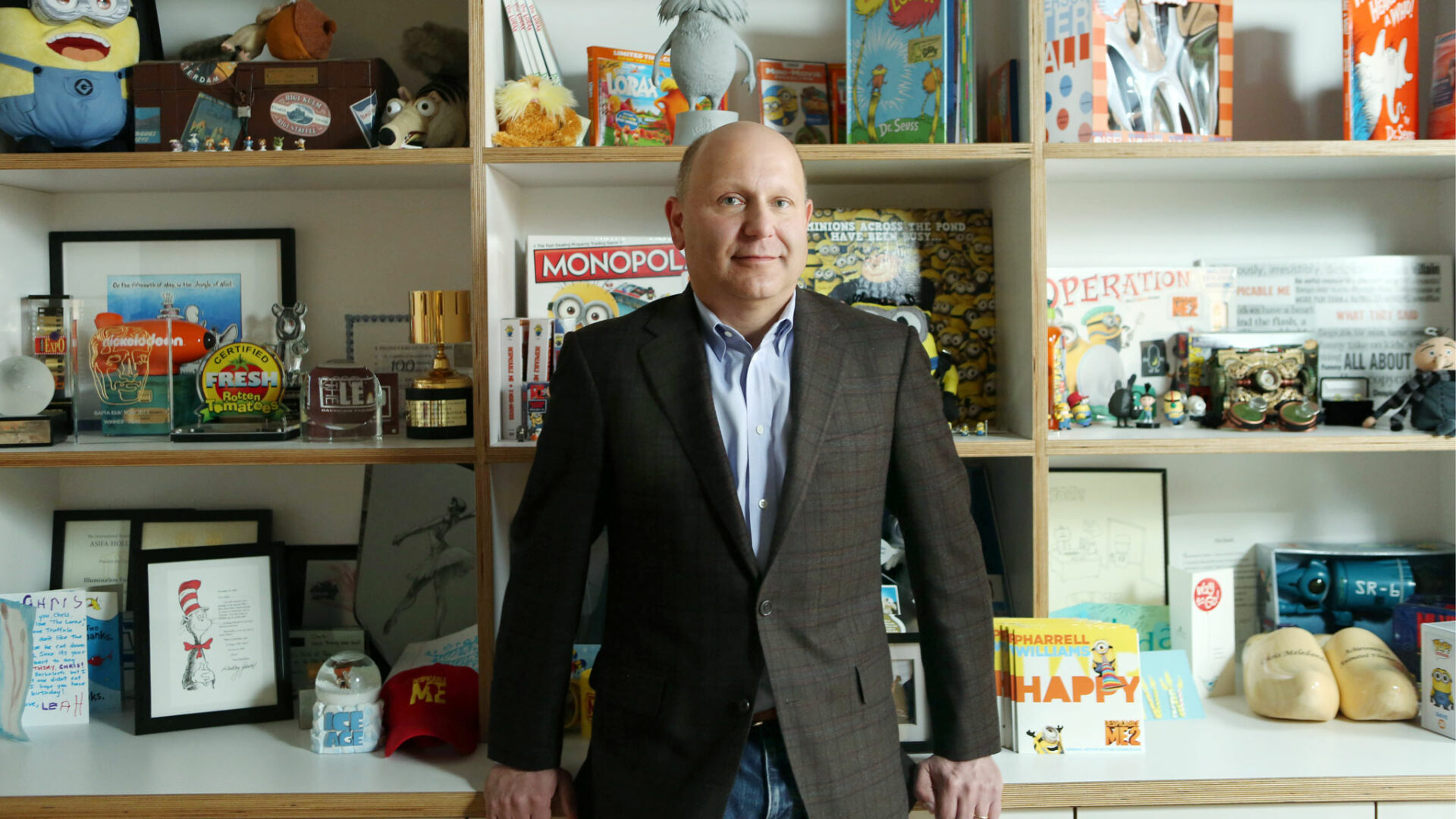 Christopher “Chris” Meledandri serves as Illumination Entertainment’s CEO and helped bring to the big screen family hits like DESPICABLE ME, THE SECRET LIFE OF PETS and the new animated movie THE GRINCH. With a couple $1 billion movies under his belt, Universal has now tasked Meledandri with reinventing SHREK and SUPER MARIO BROS as animated movies for a new generation.

Meledandi has been called a “brilliant filmmaker” by some, including his fellow Dartmouth Alumni Dr. Ted Baehr, but those closest to him in the industry refer to his demeanor in more personal terms. “He stays up later thinking about an issue than anyone else. The process can be fairly anxiety-provoking for him, but at the same time, he wants to spread joy with his movies, and nothing pleases him more than when he hears about a child or teenager with a special connection to one of his films”, said Universal Pictures chairman Donna Langley.

Meledandri learned to foster a love for animation and filmmaking by watching movies with his children. In his early days, he aided the success of Fox’s family movies like ANASTASIA and Disney’s COOL RUNNINGS.

His previous movies like DESPICABLE ME and SING grossed hundreds of millions of dollars at the box office. In addition, the DESPICABLE ME trilogy also earned him multiple Movieguide® Awards. This weekend, Meledandri and the Illumination team will release THE GRINCH, another adaptation of Dr. Seuss’ classic story, something the animation company is known for.

Almost twenty years ago, DreamWorks brought Shrek to life, with the voice of Mike Myers, in the title movie. In the proceeding years, SHREK gained an additional three squeals and one spin-off, PUSS N BOOTS. However, Meledandri feels confident that Illumination can tackle the task as they plan to combine elements from SHREK and PUSS N BOOTS. The producer said, “When you look back on those vocal performances they’re awesome, and while you certainly could make a case for a complete reinvention, I find myself responding to my own nostalgic feelings of wanting to go back to those characterizations.”

Executives at Illumination know they have more projects to reshape in the near future. Meledandri highlighted his aspiration for SUPER MARIO BROS. which is in talks to release in 2022. He said, “the challenge is taking things that are so thin in their original form and finding depth that doesn’t compromise what generations of fans love about Mario, but also feels organic to the iconography and can support a three-act structure.”

In 1993, a prior version of SUPER MARIO BROS. bombed at the box office, grossing a low 20 million. With the challenging task of lifting Mario fans’ spirits from the previous bust, Meleandri’s comments encourage fans that his adaptation will draw heavily from Mario creator, Shigeru Miyamoto, along with Illumination’s noteworthy animation standard.

With such a big fan following and many previous hits, we’ll have to stay tuned to see if Meledandri and his team at Illumination can pull off successful projects in the coming years.

To see our interview with Meledandri on the 2013 movie MINIONS, click here.