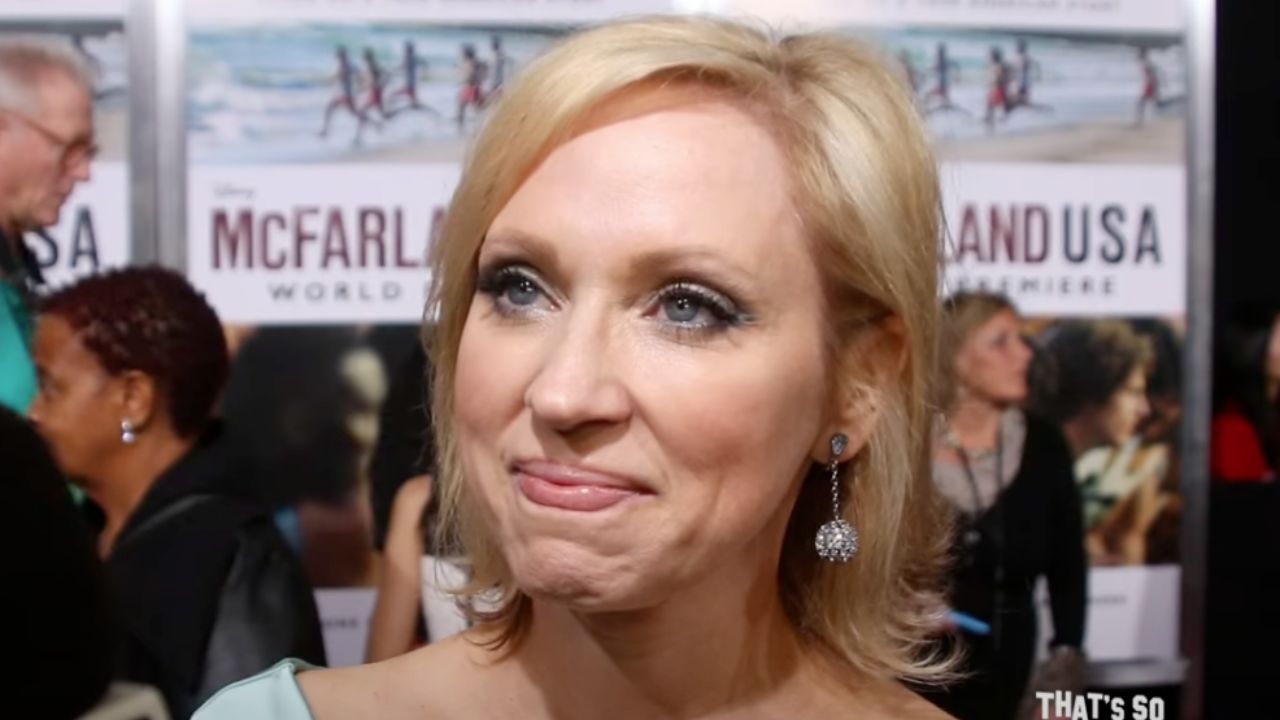 Leigh-Allyn Baker, known for playing the matriarch in GOOD LUCK CHARLIE on Disney Channel, recently spoke against school mask mandates at a school board meeting.

Baker told the board she brought them copies of “the Constitution, the Declaration of Independence, the Bill of Rights, the Federalist Papers and also the Bible. These guarantee my freedom and yours and our children’s to breathe oxygen.”

Baker says she’s passionate about the issue because she has two children who are vaccine injured.

Even though her children are not eligible for the vaccine, Baker said she will not make them wear masks.

“Their brain needs oxygen to grow, which the neurologists can confirm,” Baker said.

Baker previously opened up about her children’s health struggles in People magazine in 2017:

While Leigh-Allyn Baker and her husband were working on finding the best treatment plan for their older son Griffin Samuel, 8 — who was diagnosed with the developmental disorder dyspraxia several years ago — their younger child suddenly stopped speaking.

“Everybody’s got something,” Baker tells PEOPLE in an interview ahead of her August Facebook Live chat with Dyspraxia Foundation USA.

The Good Luck Charlie star’s son Baker James, 4½, has “severe” speech issues, she explains. “He was speaking normally and perfectly, then at a certain age he stopped talking completely for a year,” the mom of two shares.

“And when it came back, it’s cute,” Baker adds. “He’s got this adorable little speech impediment, but then we have to work on it with him.”

Since her time on GOOD LUCK CHARLIE, Baker has moved away from Hollywood.

“I’m a California refugee,” Baker said in footage from the school board meeting. “I gave up everything there: a really successful Hollywood career, television shows. I gave it all up for freedom and to come to this friendly place in Tennessee and be greeted with open arms, and I love it here.”

Baker continued her speech by calling out the government authority.

“The real part of the clown show is that you all think that you actually have the authority to mandate this,” she said.

Baker’s sentiments echo what many conservative celebrities have publicly voiced, including Kevin Sorbo.

Watch the video below to see the full speech.

Actress Leigh-Allyn Baker another WCS parent, “some children will not be able to be vaccinated” “the clown show is, you think have the authority to mandate this” pic.twitter.com/E4GM4pesR5