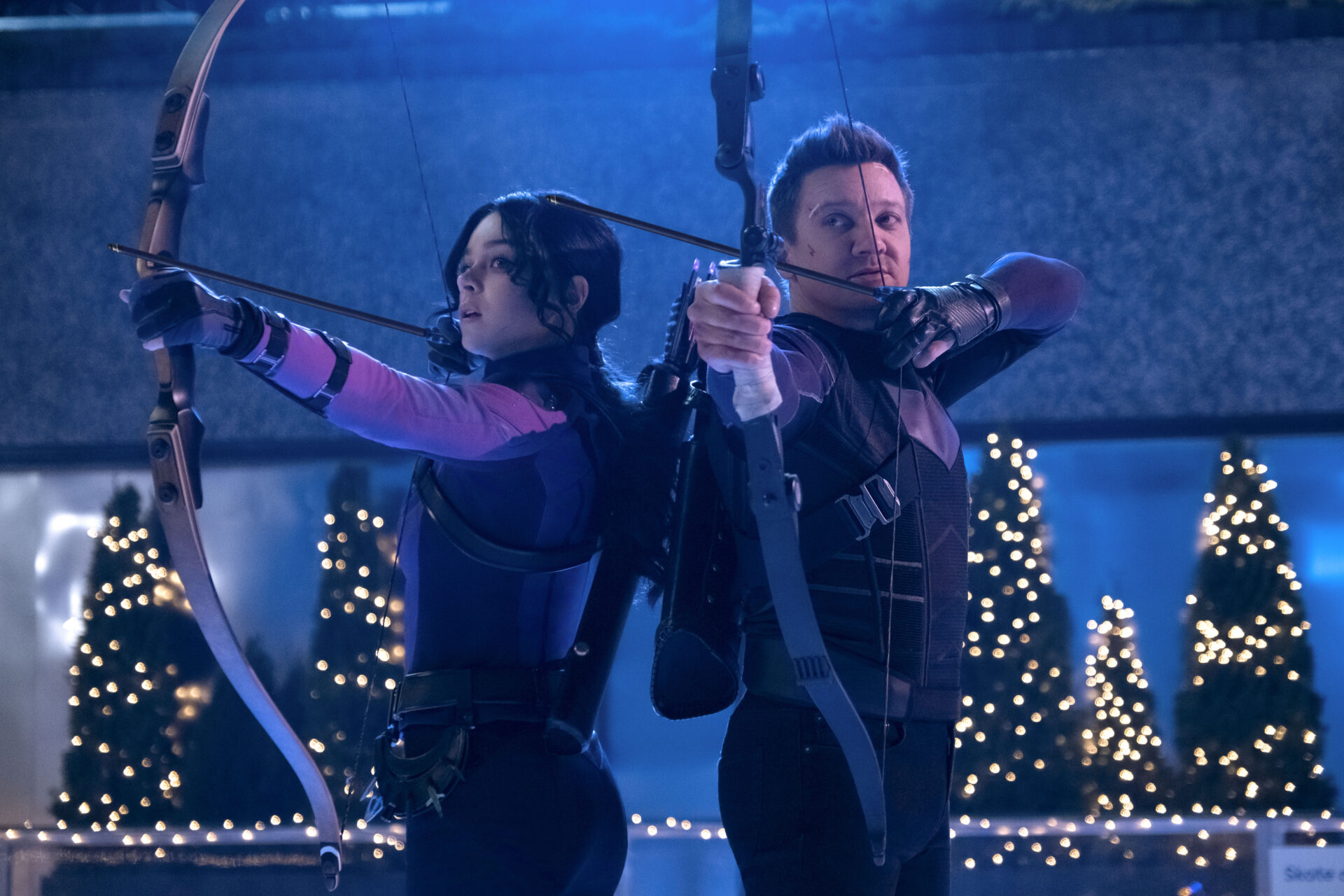 HAWKEYE is a new series streaming on Disney+ and based on the Marvel Comics superhero Hawkeye, played by Jeremy Renner. The series, produced by Marvel chief Kevin Feige, follows Kate M. Bishop, played by MCU newcomer Hailee Steinfeld, as she gets caught up in a battle between crime lords and black market dealers. The series takes place in New York City just before Christmas.

Hawkeye, also known as Clint Barton, enjoys a holiday with his three children in New York City. Barton is looking forward to celebrating Christmas with his entire family when they reunite with Clint’s wife, Laura, at home. While Hawkeye is still recognized as one of the Avengers on the street, all he wants is to be a good husband and father.

The first two episodes of HAWKEYE also introduce Kate Bishop. It is revealed that Hawkeye saved Bishop during the New York attack by Thor’s brother, Loki. From that day onward, Bishop learns to defend herself by pursuing martial arts, gymnastics, and her favorite activity, archery. Despite coming from a wealthy family, Bishop has a rebellious spirit that eventually gets her involved with an unsavory group of criminals. Although she has extensive training, she is in over her head. However, with the help of Barton, Bishop can reach safety. Barton leaves her to be with his family. However, after Bishop uncovers more details about her run-in with the criminals, Hawkeye’s time away from family might be extended.

HAWKEYE has a strong moral worldview with an emphasis on family and sacrifice. Barton takes his responsibility as a father seriously, and nothing comes before the safety of his children. He shows love and care to his family but is willing to sacrifice time with them when someone else’s safety is involved. Hawkeye also has some pro-marriage themes and emphasizes the importance of trust within the family.

HAWKEYE contains some brief foul language in its first two episodes. As with other Marvel projects, HAWKEYE contains some hand-to-hand combat, explosions, and other superhero violence. However, little blood is shown in these fight scenes. A man is murdered by getting stabbed in the chest, and blood is shown. A group of criminals burns down an apartment using Molotovs. A character’s father dies off-screen, but there is a scene at a funeral. There is no nudity and no sex, but there are a few scenes with alcohol. Bishop is rebellious but ultimately loves her mother and will do anything to keep her safe.

While both Bishop and Barton love their families and let that love drive their actions, their personality differences and backgrounds make their relationship entertaining and fresh. It also includes many pro-family themes and has excellent examples of the biblical theme of sacrifice. However, Movieguide® advises discernment for young children due to some brief foul language and violence.

Movieguide® will update this article as Disney+ releases more episodes of HAWKEYE.