Dr. Ted Baehr on Freedom and Hollywood: ‘When You Vote For The Good, You Get More Good’ 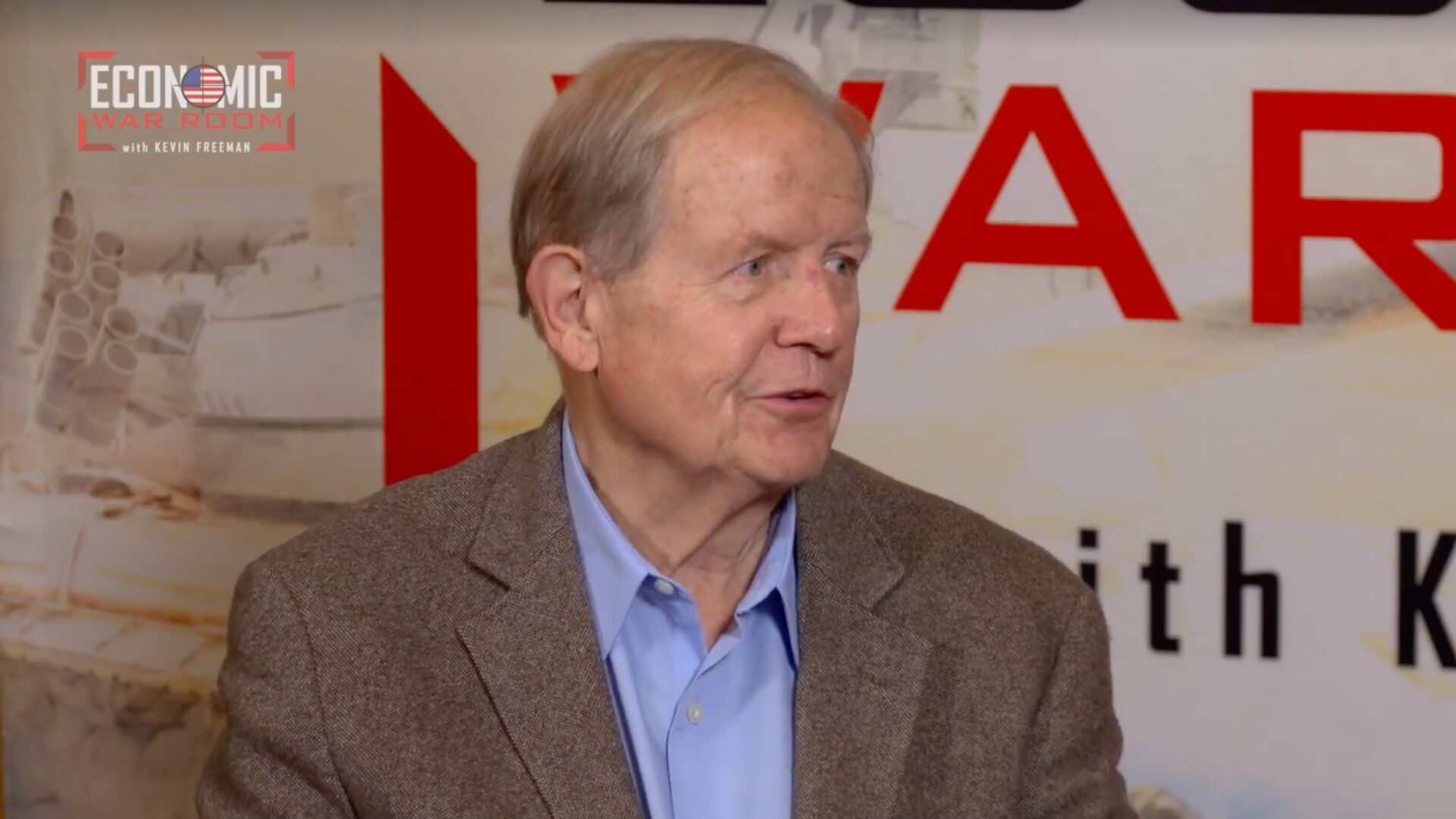 Dr. Ted Baehr on Freedom and Hollywood: ‘When You Vote For The Good, You Get More Good’

In a recent episode of the ECONOMIC WAR ROOM called “If We Lose Freedom, We Lose Everything,” the show’s host, Kevin Freeman, sat down with some of the leading conservatives at the annual convention of the National Religious Broadcasters (NRB).

“The Founding Fathers knew that the cornerstone of a free and prosperous people is religious freedom,” the episode’s description reads. “In fact, most of the signers of both the Declaration of Independence and the Constitution were men of faith. Even Thomas Jefferson understood the importance of a moral government and the relevance of Judeo-Christian values. This week the Economic War Room and host Kevin Freeman are on location at the National Religious Broadcaster (NRB) event, where he is joined by some very interesting guests. Guests include Pat Boone, Lyndsay Keith, Ted Baehr, Craig Huey, Darin Smith, and Robert Borelli.”

“I grew up in the movie industry. My father, starred in his first film in 1926, so in a few years we will be 100 years in the family. My children are following in our footsteps and doing Movieguide®, so we’ve been around the industry,” Baehr told Freeman.

Baehr added that after almost a century of Hollywood, the major shift from the Golden age to more modern cinema was due to a simple event and lack of church activity.

“During the Golden Age of Hollywood, when Mr. Smith went to Washington, it was a wonderful life and the bells of St. Mary rang out across the land, there was three church film offices: the Protestant Film Office, the Roman Catholic Legion of Decency and then the Jewish Defense League,” Baehr explained. “They didn’t have any censorship powers but they kept saying to Hollywood, ‘would you like to reach a bigger audience?'”

The “bigger audience” that the film offices referred to were churchgoers. According to Baehr, many more people attend church than go to the theaters, which is still the case today.

“Right now, five times more people go to church every week than go to movies, when there was no COVID,” he said. “The church is much bigger, and in those days, the church was very active.”

“They shut down in the 60s, and within three years, you went from 100% G-rated to 82% R-rated,” he added. “You went from the greatest story ever told about Jesus to the first sex and satanism.”

Through the inheritance of the files from the Protestant Film Office, Baehr notes how Movieguide® continues to prove that movies with family values and biblical content perform better at the box office.

“Now that should be a no brainer because four tickets to a family is better than one ticket to a crazy guy, and last year I thought this is going to collapse. But 90% of the top streaming films were family oriented with positive representation of Christians,” he added.

Baehr and Freeman also discussed the increasingly strict censorship of movies and other forms of media in Mainland China and Hong Kong.

“China was very big in Hollywood… then Xi [Jinping] pulled the rug out from under the people dealing with them, and they pulled back their funding from Hollywood, leaving a lot of people in the dust.”

“These big companies that are gigantic, [like] Warner Brothers, etc, have lost that Chinese marketplace, and they’re fighting. It’s a very ticilous situation right now, because Xi is going back to communist roots, he’s going back to Maoism.”

Part of the Chinese Communist Party’s censorship includes purging film libraries of past movies, which they deem unpatriotic.

However, Baehr noted that people in America can still vote for which content they want most through their ticket purchases.

“Planned Parenthood funded two films last year, but if people go to the right movies they vote those movies by putting their $10 down for their ticket,” he explained. “So when you vote for the good, you get more good. The average family in the middle of the country does not want to support what’s going on at the fringes of the country.”