Emoji Me This! An Early Look Behind the Scenes of THE EMOJI MOVIE 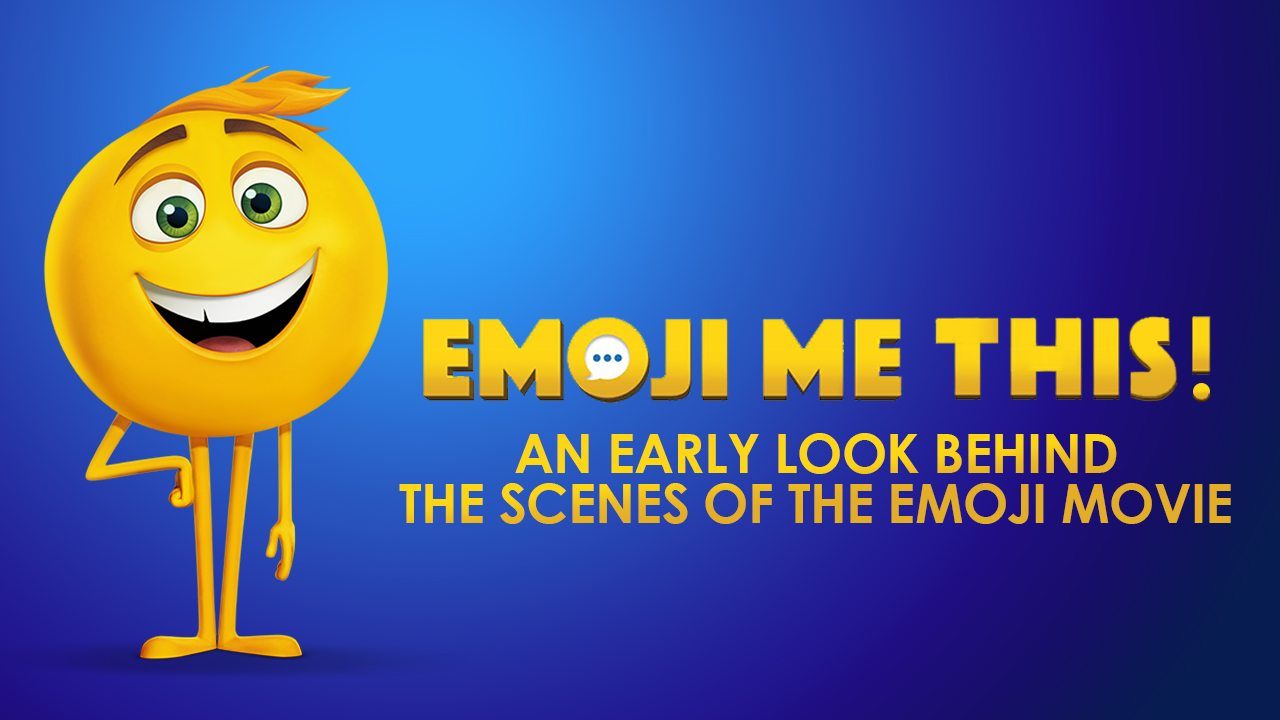 An Early Look Behind the Scenes of THE EMOJI MOVIE

Emojis are our modern “hieroglyphics” and have become very popular, but who could imagine a movie on the subject? What we always say at Movieguide® is you can make a story out of anything, as long as it’s a great story.

THE EMOJI MOVIE, starring TJ Miller and many other big names, including Patrick Stewart, Anna Faris and Christina Aguilera, is coming out this summer. Movieguide® had the chance to talk to TJ Miller about his starring role and to Writer/Director Tony Leondis.

TJ Miller says that using emojis are part of his everyday life and even that of his parents.

“My parents are using emojis all the time,” he said. “All my friends use emojis. It has this universal hieroglyphic language. I choose my emojis more carefully now. My wife, Kate, has a lot of Japanese friends. They’ve said that she’s an honorary Japanese girl, because she uses primarily emojis in a lot of her texts. They’ll all have text chain conversations that are just emojis.”

“We did a lot of research on 15-year-olds [for the movie],” Leondis said. “Apparently, when a girl sends you a text, it’s a lot of pressure on what you answer back. Nowadays, this is the new asking out.”

One day a girl likes a boy on Instagram. The boy is the owner of the phone where Gene lives.

“The boy’s pressure is now how do I reach out to this girl?” Leondis said. “How do I communicate? How do I express myself? He struggles through the whole movie. Because of what’s happening with the emojis, the phone is making a fool of him. Eventually, thanks to Gene’s character, the boy learns to express himself.”

Miller interjected, saying, “He wants to say the right thing. You know what I mean? That’s what the whole film is about, which is he wants to say the thing that the cool guy would say, that you’re supposed to say when a girl that you think is cute likes you on Instagram. Strangely, we find through the story that it might not be about trying to fit in or do the thing that everybody else would do, but rather doing something different.”

Miller has been in multiple children’s films.

“Every time you make a movie like this,” he said, “you are trying to suggest good lessons and trying to help children develop a moral compass but on their own. That’s really important for me too, because that’s a very different vibe than the lessons that we all learned in DEADPOOL.”

Miller said doing a film like THE EMOJI MOVIE is more challenging than doing a live action movie like DEADPOOL, where he played the antihero’s goofy best friend.

“This is one of the most challenging roles, because [they’ve] stripped me of my strange look and physicality and the weird faces I can make. I can’t be cussing up a storm or being offensive. . . . You really have to focus on what is funny.”

Make sure to check back at Movieguide.org for the review of THE EMOJI MOVIE, which will be released in theaters on July 28.