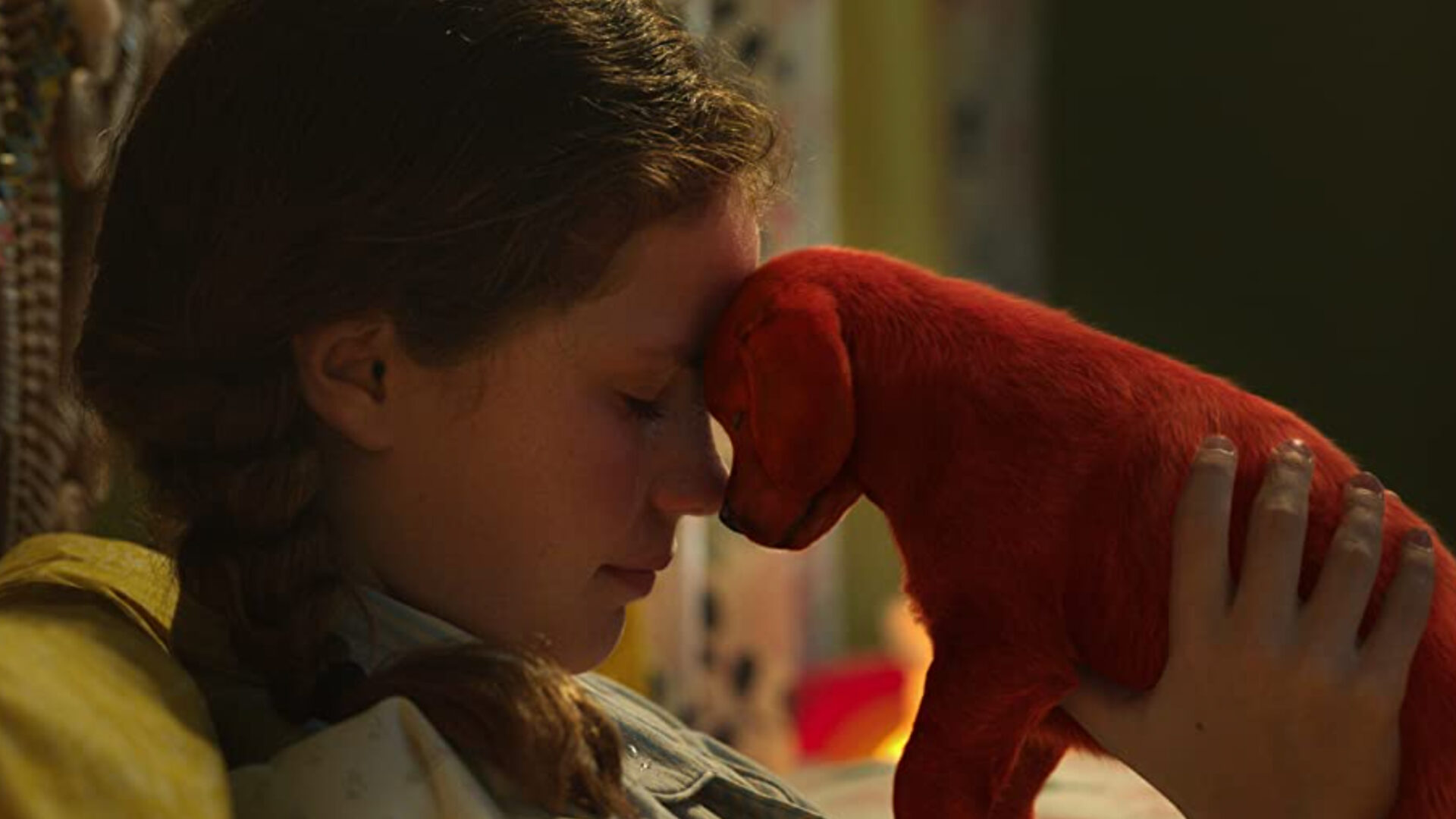 Paramount’s CLIFFORD THE BIG RED DOG opened to a successful second place a the domestic box office with $2.1 million.

The live-action and CGI-animated adaptation of the classic scholastic children’s book also earned an A CinemaScore.

CLIFFORD THE BIG RED DOG is a live-action comedy from the beloved children’s book series. Emily and her Uncle Casey come across a circus tent with many beautiful, interesting animals. A tiny red dog catches Emily’s eye, but Uncle Casey says she can’t have him. That night, Emily opens her backpack, and the red dog is there. She hides him from Uncle Casey, but the next morning the tiny dog has grown into a ginormous dog the size of the room. Will Emily be able to keep the dog safe?

Paramount recently noted that it is their family-friendly content that has propelled their streaming service so far.

While Disney+ and Netflix are the frontrunners for streaming, smaller streamers like Paramount Plus are carving out their audiences of their own in one of the fastest-growing markets in entertainment.

Paramount Plus’ early success mirrors Disney’s model of focussing on family-friendly content, which saw Disney+ skyrocket to compete with Netflix within a year after launch.

Paramount Plus has capitalized on young audiences with family content such as PAW PATROL: THE MOVIE, setting ViacomCBS’ streaming platform apart.

“The most important thing for Paramount plus now is exposing consumers to the offering, especially as we ramp up content,” ViacomCBS president-CEO Bob Bakish said.

“We think kids and family in this continued COVID time has real opportunity for us,” Bakish said. “‘Paw Patrol’ worked well and we’re excited about ‘Clifford.’”