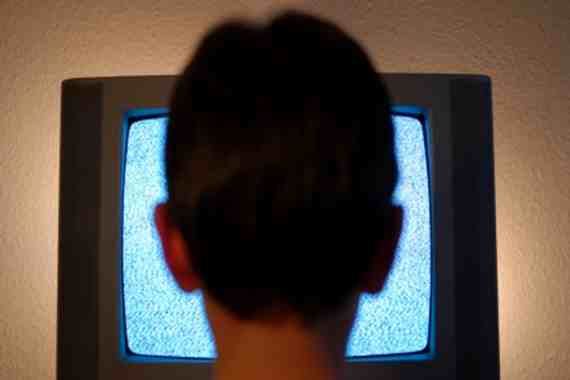 Shortly after the resurrection of Jesus Christ, a small group of believers gathered in Jerusalem to receive a gift promised by their Lord and Savior. Today, Christianity is the largest religion in the world. The influence of Christianity on the world is far greater than the average person realizes, but this influence must be actively maintained or other influences will replace it.

Jesus told his followers they are to be the salt of the earth and the light of the world.

The American entertainment industry has a profound impact on culture. While preachers may call Christians to be more Christ-like for an hour every Sunday, the media pours out many hours of “entertainment” encouraging viewers to live a more worldly, less godly lifestyle.

Christians who would like to see the media redeemed and used to glorify God can be salt and light in this aspect of culture.

There are five VERY useful things they can do.

Step One: Vote for God and His Righteousness

If everyone who professes to be a Christian quit watching THE BACHELOR, the show would go off the air. If Christians refused to buy tickets to any movie that took the Lord’s name in vain, it would change the way movies are made.

Vote with your remote to redeem the media.

If you alone choose only wholesome entertainment, you will not be noticed. If 100 million Christians change their viewing habits, the world will see the difference.

In a political grass roots movement, people get excited about sharing with others the political goal they advocate. Voters are stirred up to seek change. The more successful the movement, the more politicians are forced to change or be replaced.

In the entertainment industry, stirred-up Christians helped usher in the era of the Motion Picture Code (where studios agreed to abide by moral guidelines as early as the scriptwriting process). The studios feared the departure of Christian audiences. This is not the case today. When major networks like ABC produce television programs based on books like GOOD CHRISTIAN BITC**S, they show complete contempt for Christianity. Sadly, they expect some people will go to church on Sunday morning and then watch and laugh as ABC mocks Christianity that evening.

It’s time to create a grass roots movement to get audiences to vote for righteousness.

The effect of a grass roots movement is greatly enhanced by letter writing and petition campaigns. Studio heads bombarded by letters for or against their offerings do notice. For over 25 years, MOVIEGUIDE® has been providing studio contact information with every review. We’ve also had several petition campaigns that have had an impact.

Building a grass roots organization intent on redeeming the media is a vital step in bringing redemption to pass.

Step Three: Get the Word Out

If you want to vote for righteous entertainment, you need a voter’s guide.

MOVIEGUIDE® reviews offer detailed content and worldview analysis. When choosing a movie in theaters, for DVD purchase or on Netflix, you can go to movieguide.org to know-before-you-go. MOVIEGUIDE® even offers a free iPhone app so you can know even if you’re standing outside the box office.

MOVIEGUIDE®’s twice weekly newsletters keep readers informed on new releases both in theaters and on DVD.

The more people using MOVIEGUIDE®, the more the entertainment industry will heed the call to make more wholesome movies. The website, newsletters and iPhone app are all free. When you encourage friends and family to use these services, you are helping redeem the media.

If movieguide.org had more daily readers than ENTERTAINMENT TONIGHT has viewers, MOVIEGUIDE® would be a force to be reckoned with in Hollywood. Five million Christians seeking advice on entertainment daily is not unreasonable. In fact, a lot more Christians than that enjoy entertainment daily.

If movieguide.org were getting five million visitors a day, imagine what that would do to boost the audience for small Christian movies of good quality. More such movies would be made just because there’d be a great way to inform large numbers of people of their availability. Even the major studios need a viable way to tell large Christian audiences about projects made to please them.

Your help in getting people to use movieguide.org and to subscribe to our free newsletters helps redeem the media.

Jesus Christ did not come to browbeat sinners into repentance. He showed that righteousness is better than sin.

The MOVIEGUIDE® Awards, presented in Hollywood each February, encourage righteousness. The Christian Film & Television Commission® actually spends much more time and effort in encouraging the good than in condemning the bad. Light is a good thing, and we are proud to shine it on those who do good things in their movies and television programs. At the event, Dr. Ted Baehr gives a brief report to the industry that always shows that good values make for better box office.

The MOVIEGUIDE® Awards stand out in Hollywood as the only awards show intended to reward good moral values. The other awards programs often give awards to movies and programs with vile content.

The Christian Film & Television Commission® offers personal encouragement to writers, producers and executives wanting to make more wholesome entertainment. In one-on-one and small group meetings, Dr. Ted Baehr explains to people in the industry the financial and other benefits of making wholesome movies.

Dr. Baehr also works with Christians who have a desire to make movies. He is the author of the book HOW TO SUCCEED IN HOLLYWOOD (WITHOUT LOSING YOUR SOUL). He offers a four-day series of classes on scriptwriting at least twice each year.

If Hollywood will not create a library of movies with wholesome values, that library will be created by people in Albany, Ga., Jackson, Miss., Philadelphia, Pa., and Dallas, Texas. The equipment necessary for movie production gets cheaper and cheaper, and the training of believers in the art of filmmaking is improving. It’s only a matter of time before someone will produce a blockbuster movie completely apart from the major studios and their distribution systems.