Former Basketball Star-Turned-Director: ‘Faith Is the Core of Who I Am’ 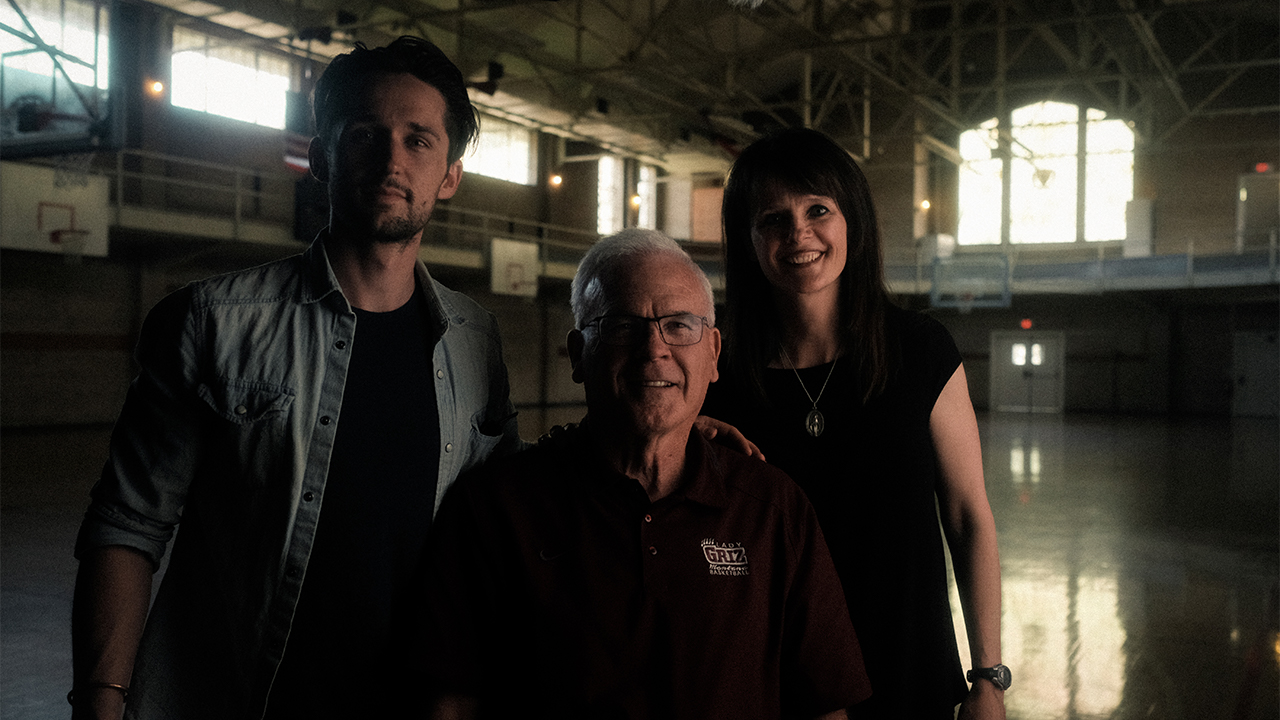 Photo from THE HOUSE THAT ROB BUILT epk

Former Basketball Star-Turned-Director: ‘Faith Is the Core of Who I Am’

In 1978, the NCAA did not nationally recognize women’s basketball.

That all changed when coach Robin “Rob” Selvig took the reins of the women’s basketball program in Missoula, Montana, and led the Lady Griz to over 800 wins across his 38-year career.

More than 40 years later, the legendary coach is retired, but one of his former players captured his timeless influence on basketball, sports, and the woman he coached in her new documentary, THE HOUSE THAT ROB BUILT, which is an inspirational documentary about sports and faith.

“I didn’t set out to have it land in a particular time,” Megan Harrington told Movieguide®. “I think sports stories, especially this one, [are] timeless.”

Harrington continued: “We have come so far, but to remember those who paved the way for you to be able to dream your dream. That really came through for me personally when doing this film… [It was a reminder] of the giants that came before me at the University of Montana, and Rob as the Pioneer leading that effort.”

Although Coach Selvig is on the other side of the camera, he said faith plays a vital role in his life.

“My faith is a very important part of my life, and how I live,” Selvig said with humility. “I really like the fact that this movie is not about me, that’s how I like to look at it. There’s a story to this, and it’s not about my story. The story is about Missoula and the growth of women’s sports and the University of Montana.”

Selvig jokingly added, “Prayer was important in the late minutes of all our ballgames. I hope my players prayed for me at least, because I needed it.”

However, coach Selvig did not initially look to coach women’s basketball.

“I went into coaching because basketball has been a huge part of my life. At the end of my college career, it just seemed the natural thing to do. How could basketball not still be a part of my life?” Selvig said. “I was very fortunate that I coached high school for three years and I originally thought I was getting the men’s job. [But] they asked me if I’d coach the women instead. I said, sure. And so that was kind of ground level.”

Selvig continued: “I never looked at the young ladies any differently than I would have guys. They were young athletes. It was amazing how hungry they were to learn and to take advantage of their opportunity. The rewarding part for me was, I had athletes that were just now getting an opportunity, and they were not gonna let that opportunity go, they were gonna take full advantage of that, they were appreciative of it. I think that ended up being a real motivational thing for me, they were a treat to coach because they were talented and competitive and they grew from there.”

But allowing the women’s team to compete was only one hurdle for Selvig and his Lady Griz. Just because they were playing did not guarantee people were going to watch.

“One thing that wasn’t there was there wasn’t very many people watching,” Selvig said. “People didn’t turn out to girls basketball.”

However, that quickly changed with Selvig leading the team. Selvig recalled one of the teams’ most rewarding moments came when they hosted their first NCAA game.

“It was just the first one and instead of having 400 or 500 fans, all of a sudden they opened the doors and we had over 4000 fans,” Selvig recalls. “To see the look on the ladies’ faces running out of that locker room is one of the memories are never forget… They knew that people wanted to see them, and they appreciated them and respected their talents, so then it just kind of snowballed from there. Crowds kept growing, and then players kept coming and ended up being a pretty fun ride.”

Selvig reminisced in the documentary with his former player Harrington.

“Well we kind of flip-flopped who’s boss,” Selvig joked. “She seemed to get a little extra enjoyment from getting to tell me what to do all time.”

The documentary highlights coach Selvig’s lasting impact, not just on the court but for the entire Lady Griz family.

“It was actually fun for me to do all the interviews and all the things because I got to re-bond with players from all those different decades which was a real treat,” Selvig said.

He continued: “Megan and I, she grew up across the street from me. So she’s someone I’ve known, and [I am] obviously proud of her. She was a really good player here, and she’s an amazing person and a lot of ways, so it was fun to hook up with this project, probably because of her.”

After her run with the Lady Griz, Harrington eventually found her way into independent filmmaking. She has worked on faith-based projects such as PRAY: THE STORY OF PATRICK PEYTON and UNPLANNED.

Harrington’s connection to Coach Selvig’s story and her love for true stories compelled her to create THE HOUSE THAT ROB BUILT.

“I was in an independent producer at the time that Rob retired,” Harrington explained. “I had thought about it before he retired because he’s coached generations of mothers and daughters. I’ve loved true stories, and I know, personally, the gift it was in my life.”

Harrington continued: “I was a little girl who dreamed of being a Lady Griz.”

Harrington said that Selvig’s retirement was the final push for her to pursue the documentary as a project. After four years of hard work, Harrington’s passion project turned into a reality.

Although Selvig and Harrington were one part of the historical legacy, they credit their faith in God and constant prayer for their success—both over the past 40 years on the court and in completing the documentary.

Harrington continued, “THE HOUSE THAT ROB BUILT isn’t an explicitly religious movie, but I see God at work in so many ways through the story, because God’s always at work… my faith plays the most important role in my work because it’s the most important thing in my life.”

Harrington said that while her faith is strong, her goal is to stay truthful to the story.

“That doesn’t mean I go into every situation and try to project that onto the situation. I want to meet people in their stories where they’re at, hear them. And then you know, hopefully at the end, we together get to something true, good and beautiful.”

For Harrington, her goal is to tell uplifting stories that glorify God. Part of her process in accomplishing that goal is prayer.

“I’m attracted to stories that are inspiring and entertaining. I believe that God gives each of us gifts and talents that He wants us to use for His greater glory, and that’s my end goal,” Harrington said. “It’s never to convert or go in and try to change someone’s mind. I’m a storyteller, I want to go tell a great story and to be true to that story whatever it looks like. That faith is at the core of who I am, and prayer was in the center of this film.

“It has been that way for all the films that I’ve worked on,” she continued. “We pray before the first shoot of the day, whether we’re doing b-roll or we’re doing an interview, we pray through it, along with it. It’s integrated into the way that I approach filmmaking because I have been given many wonderful blessings from God. I want to make sure that I’m using them in a way to glorify Him.”

Be sure to check out Movieguide®’s full review of THE HOUSE THAT ROB BUILT.