Does FROZEN Promote a Homosexual Agenda? 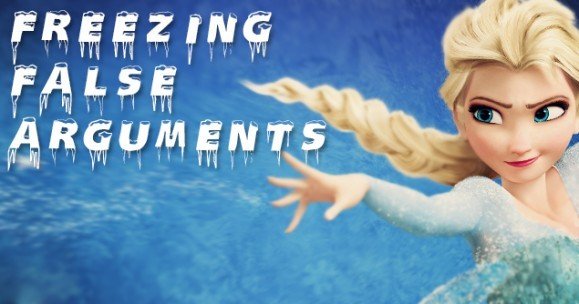 By Tom Snyder and Ted Baehr with Ben Kayser

You can find a lot of silly, and even dangerous, things on the Internet these days.

One of the silliest, and perhaps one of the more dangerous, is the recent claim by a pastor and a self-described “Well-Behaved Mormon Woman” that the Disney movie FROZEN is promoting a homosexual agenda of normalization and same-sex marriage.

The press, including the left-wing propaganda website Huffington Post, has jumped all over this story, probably to make people of faith and values look as bad and as ignorant as possible.

Respectfully, MOVIEGUIDE disagrees with the Christian pastor and the Mormon lady.

In the first place, this pastor doesn’t cite any evidence from the movie for his position, so his remarks are easily discounted.

However, the “Well-Behaved Mormon Woman” (after spending a lot of time failing to get to the point) lists a bunch of reasons why she thinks the story and songs in FROZEN are pushing the “gay” agenda of “normalizing immorality,” promoting same-sex marriage, and teaching rebellion and disobedience.

To prove her accusation, the woman, Kathryn Skaggs, focuses a lot of attention on the song “Let It Go” from the movie, where the young queen, Elsa, decides to finally use her powers to freeze things and create snow and ice (the movie is based on the very Christian writer Hans Christian Anderson’s tale “The Snow Queen”).

By focusing so much attention on this one song from the movie, Kathryn forgets the rest of the plot in FROZEN.

Despite its popularity and Oscar award for Best Song of 2013, “Let It Go” only represents one part of the story, the major turning point where Elsa rejects her sister and isolates herself from the kingdom of Arendelle, which Elsa has trapped in an eternal winter. In the rest of the movie, Elsa must learn how to control her powers for the benefit of others. Also, both she and her sister, Anna, must learn the real meaning of love – and it has nothing to do with “same-sex attraction” as the Mormon critic says.

In fact, the real message of the movie is that sacrificial love is real love, not unconditional love or homosexuality as the Mormon woman suggests in her wordy article.

In promoting the message of sacrificial love, the movie not only opens with a Christian hymn in Danish about Jesus (“Fairest Lord Jesus”), it also includes a symbolic death and resurrection. So, FROZEN actually is promoting Christianity and its definition of truth and true love. In doing so, the arc of the movie’s story rejects both romantic love and selfish love. Also, as noted above, Elsa finally learns how to control herself during the course of the story (self-control is one of the benefits of the Holy Spirit in the Book of Galatians, as is true sacrificial love — see also 1 Corinthians 13 and its definition of love).

Thus, the last two-thirds of the movie is actually a rejection of Elsa’s selfish and rebellious, though very tuneful, anthem in the song “Let It Go.”

That’s why MOVIEGUIDE® saw fit to give FROZEN its Teddy Bear Award for Best 2013 Movie for Families.

Finally, as MOVIEGUIDE®’s COO Robby Baehr has noted, there are more than 512,000 churches in America, plus many para-church ministries or groups. You probably can find a pastor in one of these churches, or a leader in one of these groups, to say almost anything.

One must question, then, the agenda of the Huffington Post to cite this one pastor as representing all of Christianity. Probably not even he himself would claim to represent all of the conservative Christian churches in the United States.

Anna’s character in FROZEN lays down her life for her sister, Elsa. This is holy, sisterly love – a “love thy neighbor” kind of love – not some form of perverted love.

Ultimately, FROZEN is a validation of Christian truth, not a politically correct piece of leftist propaganda.