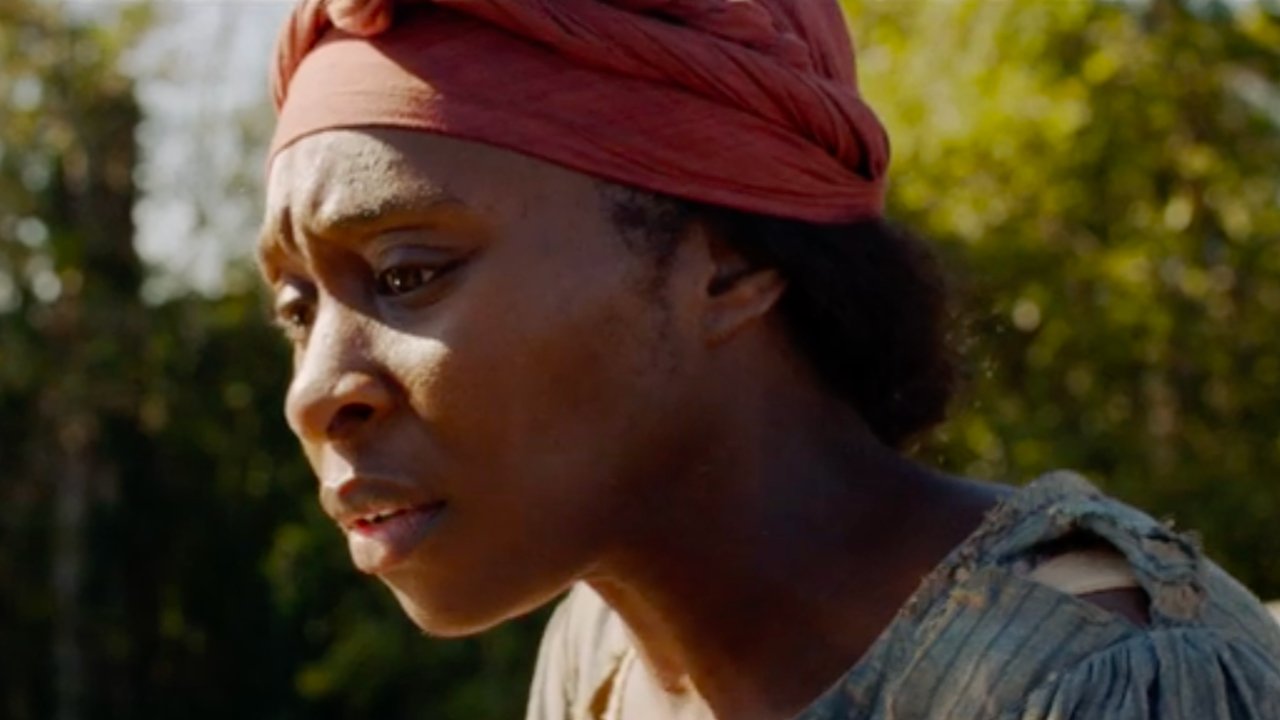 Photo courtesy of HARRIET via EPK.TV

Below is a portion of the review from HARRIET, which is nominated for the GRACE PRIZE® MOVIES  (Cynthia Erivo), an EPIPHANY PRIZE® FOR INSPIRING MOVIES, the BEST MOVIE FOR MATURE AUDIENCES and a FAITH & FREEDOM AWARD® FOR MOVIES.

HARRIET is the incredible story about how Harriet Tubman, originally called “Minty”, became Harriet Tubman, the woman who saved thousands of slaves and brought them to freedom before the Civil War. HARRIET is an exceptionally powerful movie with a strong Christian worldview, but it does have intense scenes and foul language.

“Minty” is married to a free man, and she too longs to be free. When the owner of the plantation she lives in dies, his son, Gideon, takes over. Gideon is a mean man who tells Minty she’s just a piece of property. Distraught, Minty decides to flee and run away, but is leaving everything behind.

When Gideon hears of Minty running, he gathers a crew and chases after her. Minty runs for over 300 miles to freedom, to Philadelphia. On the way, she meets people who protect her and help her find the way, but most importantly, she prays to God who guides her path. Once she arrives in Philadelphia, she meets William Still, the head of the Anti-Slavery Society.

William finds Harriet a place to stay, a job to make money and clothes to wear, by taking her to a woman named Marie’s bed and breakfast. Minty also takes a new name, Harriet Tubman. Harriet is now living the life she dreamed of living, but she’s saddened by the fact her family isn’t in the same situation. She decides to risk it all and return for her family.

Will Harriet be able to bring her whole family to safety? Will God guide and protect her in the midst of adversity?

HARRIET is an extremely well-produced, moving, impactful movie. The woman who plays Harriet, Cynthia Erivo, does a powerful job at showing the courageous and charismatic Harriet Tubman. Some elements of her story were left out because of time constraints on the movie. Though this is the case, the movie is entertaining and shows lots of jeopardy.

HARRIET has a strong Christian, moral worldview. Harriet prays to God, and God gives her guidance. The movie clearly shows Jesus does miracles, gets us through hard times, and fights for us when needed. It truly shows that Harriet’s motivation is her Christian faith and that she’s guided by her personal relationship with God through Jesus. Some scenes are very intense, and there is violence and harsh language, which warrants some caution. HARRIET is one of the best movies of 2019. It’s an incredible true story about Christian faith and courage.