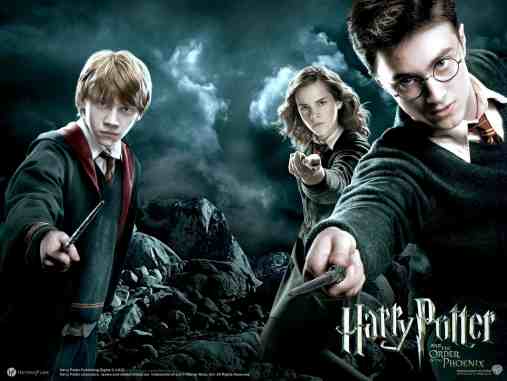 A Rebuttal to the World Magazine Review by Rebecca Cusey, July 30, 2011

Rebecca Cusey, in her “It all ends here” review of the eighth and last Harry Potter movie states that in spite of controversy within the Christian community the story of Harry Potter is “that of a boy growing to manhood and accepting the responsibility to resist evil, even at great cost.” She states that “wands and spells” simply replace “guns and light sabers”, but “the values of freedom and justice remain the same.” It is amazing to me how quickly the Christian community can embrace the false notion that the end justifies the means and thus embrace Witchcraft as a legitimate method for resisting evil and standing for freedom and justice (see 2nd Timothy 2:5). My how far we have fallen as believers!

Throughout the Bible and history, evil gains momentum when Christianity is weak. Never has Christianity been so weak in America as it is today. The success of the Harry Potter books and movies is not a proof of its positive impact of modeling good character as Cusey implies, but instead it indicates a weakness in the depth of the Christianity lived out by the average believer in America. The numbers are staggering (400 million copies in 60 languages) and a revenue of two billion in movie sales, but this in no way is a proper grid for analyzing its value. Financial success is no automatic indicator of value.

The Pagan worldview of Harry Potter is a portrayal of good spirits vs. bad spirits, or in essence, evil vs. evil. It is the classic worldview of the occult in general and Witchcraft in particular. It is also the same worldview as Star Wars only now on steroids. It is not Biblical good vs. evil, righteousness vs. unrighteousness, holy vs. unholy, or justice vs. injustice. In a Pagan paradigm, “god” is both good and evil, a part of nature, and is to be harnessed by learning to manipulate magical “laws”. The Bible specifically states that believers are to use weapons that “are not carnal” but of a different nature and method as the evil we resist (see 2nd Corinthians 10:3-5). God is not in a battle with evil as if on the same plane with it, for He has already conquered it. When we battle evil, we can only do so through Him in order to gain the victory (2nd Corinthians 4:1-7)

The Scripture is clear, we must do God’s work, and especially spiritual warfare, God’s way. This is not the message of Harry Potter. It is o.k. for Harry to break the rules, lie, cheat and steal, for the end justifies the means. The only issue is for him to use the same magic in a more manipulative way in order to stand for “justice”, a justice that is tainted by his own lack of character and true self-sacrifice. Sacrifice is not merely doing what is dangerous, but death to self – the cross – which is nowhere to be found in Harry Potter. Though Harry, in this final movie, resists the evil dictator Voldemort, he himself is a dictator; a hero (evil mixed with good) for the sake of conquering another evil (a bit more purely tyrannical). It is the sort of worldview embraced by mainstream America and the world – and unfortunately by more and more in the church.

Cusey ends her article by saying that “though magic spells and fantastic creatures may have been the trappings that initially drew fans into the series, what ultimately makes it an enduring favorite is that it glorifies heroes who know right from wrong. If Harry Potter’s stratospheric sales are any indication, the kids are going to be just fine.” I couldn’t disagree more. As a Bible loving Pastor and preacher of righteousness, I discern that the kids are not doing just fine. We are losing a generation to the mixture of a Christianity stripped of its power and truth in order to placate a lukewarm church whose new god is experience. This time it is not just carnal, lustful and pleasure-filled experience; for we’ve now graduated to occult experience fueled by the Devil but without much of a disguise. Harry Potter has evidently deceived people like Cusey as well as a Christian publication like World Magazine. It is time to shine the light in the darkness and return to true Christianity that exalts Christ and not evil!

Note: Dr. Paul Jehle is the Senior Pastor of The New Testament Church, and Executive Director of the Plymouth Rock Foundation. The New Testament Christian School, which Dr. Paul Jehle founded in 1980, recently had its drama team portray the original classic Pinocchio as an outreach to the community. If you would like to invest in this school to preserve such education for future generations, consult the web site www.tntcschool.com . For information on his historic tours, books, CD’s and DVD’s, consult www.plymrock.org . This article may also be found on this website http://tntchristianschool.yolasite.com/