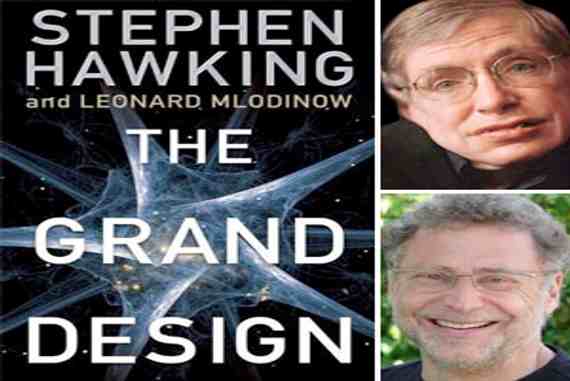 Leave it to the hubris of the scientist known as a great thinker to decide a matter involving God. It’s not the first time it has happened and it won’t be the last. It’s a big pronouncement tied to the release of a book. No surprise.

The book is “Grand Design,” the latest by Stephen Hawking.

Many of the world’s scientists say Hawking is the inheritor of the mantle of genius settled upon Albert Einstein by his peers. But, Hawking is not admired in all scientific quarters and his latest book will prove at least as controversial as something he disgorged a few decades ago.

He doesn’t seem able to make up his mind. He certainly changed it, because he now says he was incorrect in his famous 1988 book, “A Brief History of Time.” In it, he acknowledged God’s involvement in creation – my paraphrase – and now says that was wrong since he’s had a revelation, one apparently greater than the final book of the Bible.

I thought styling these observations “Hawking’s Paradox,” might serve to highlight a general reference to theories which have achieved some notoriety with the passing of time. A well-known analog might be the “Heisenberg Uncertainty Principle,” which says, in so many words, an experiment might yield inaccurate results due to the process of simply being monitored by an experimenter or other observer. Looking at the experiment could cause it to be inaccurate. The snappy “Uncertainty” title may give it some credibility, whether deserved or not.

The Newtonian Laws dealing with motion and other assorted complicated things also carry their originator’s name. Other scientists have various notions, diseases and certain things named in their honor. Dr. Hawking may well have many ideas named in his honor. Whether his latest pronouncement about God will be honored in many quarters is something history will decide.

Some theories become obscure over time. The God/Hawking connection may have a longer half-life than other grand ideas and formulas.

Great fame, though, is one of those fleeting things easily undone by a famous person’s new revelations. When Hawking divulged his latest theory, dumping his earlier one about black holes, there was consternation in the scientific community and some confusion as to his purpose. Why had he changed his mind about the mind of God?

In his earlier book about the so-called Big Bang, he wrote, “If we discover a complete theory, it would be the ultimate triumph of human reason — for then we should know the mind of God.”

He now says there is no need of God or His mind, He is redundant. He is not needed. Well, now we know Professor Hawking’s mind. For now. Wait a little longer and that might change. New revelations, you know.

An entertaining element in all this is the tendency for the scientific community to change its mind about all sorts of things. A grand pronouncement is made and defended vigorously with a lot of heat and a deluge of data. Then, some time later, it may be junked as thinkers lurch in the direction of the latest flavor of the scientific moment. It’s also defended vigorously, ad nauseum.

Editor’s Note: Goodnow was recruited by CNN in 1982 as an anchor/editor at the new Headline News channel and left the network in 2000. He began work in broadcast news over five decades ago. Reach him at cnnihn@gmail.com.